Due in Australia this week to headline Soundwave Festival, Anthrax singer Joey Belladonna talks to JODY MACGREGOR of Faster Louder about the departure of guitarist Rob Caggiano and what keeps one quarter of metal’s ‘Big Four’ inspired after three decades at the top.

Coming out of New York at a time when thrash metal was centred on Los Angeles (home of Slayer and Megadeth) and San Francisco (residence of Metallica in exile), Anthrax drew on a different set of influences to their peers – their city’s underground hardcore scene. But Joey Belladonna could sing in a way that was rare in either thrash or hardcore. When other bands’ vocalists were ripping growls out of their throats, he was pitching his voice over the top of the instrumentation. The fact he could genuinely sing inspired the band to incorporate more traditional structures, to have actual songs in contrast to the thrash scene’s tendency towards pure assaults of speed and sound. 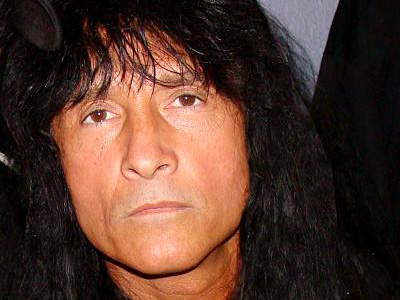 Joey Belladonna was a hired gun who became the definitive lead singer of Anthrax by default. Initially brought in as a replacement for Neil Turbin, he was there for their run of classic albums, from Spreading the Disease (1985) to Persistence of Time (1990), before being replaced by John Bush (who was himself replaced and then brought back), and eventually returning in 2010 for their latest album, Worship Music.

When I speak to Belladonna he’s in upstate New York, preparing for a gig completely unrelated to Anthrax. The hard-working singer still spends weekends playing with a covers band called Chief Big Way – if he ever gets squeezed out of Anthax again at least he’ll have something to fall back on.

We had the news recently that Rob Caggiano left the band quite suddenly. Can you tell me why he left and why he chose now to leave?
I just think he wanted to produce and try some stuff of his own. I don’t think there’s any hard feelings, in fact we’re all in touch and everything. He was thinking about it for a while and just finally made the decision to move on.

How did you go about selecting his replacement?
Oh God, it was pretty quick. We know so many people now and when people get wind of stuff or a press release comes out, somebody puts something up on the internet, it just leaks out and next thing you get 50 calls from people you know, or bands, or people who are guitar players who want to reach out. But John [Donais], he’s toured with us with Shadows Fall and he’s known us, we’ve known him, and I just think that the situation was right for him to come in and do it. Whether it will be a full thing we don’t know. We’re just taking it in [our] stride right now. He’s already enrolled for the tour and we’re all looking forward to playing together. It should be interesting.