If you haven’t heard 3 Headed Snake yet, then you’re in for one hell of a surprise. Created by Ministry/Revolting Cocks guitarist, Sin Quirin, 3HS is a juggernaut of crushing riffs and powerhouse vocals and that’s just for starters…

In just over one week 3 Headed Snake will be making, not only their UK debut, but their debut as a live band at the UK’s mighty Bloodstock Open Air Festival! Talk about a baptism by fire.

We caught up with Ministry guitarist and 3HS brainchild, Sin Quirin to talk about the bands imminent show at one of the UK’s most prestigious Metal Festival. 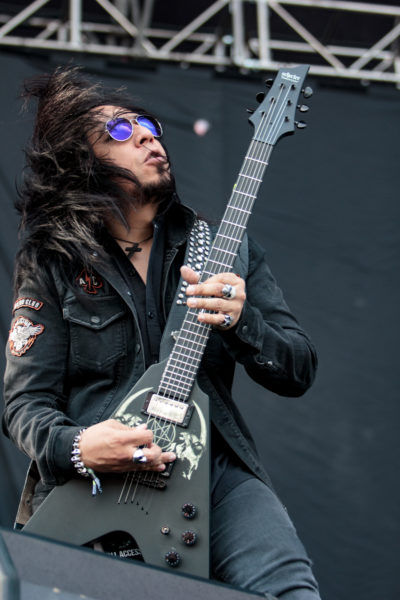 OD – 3 Headed Snake make their debut in the UK with the highlight show taking place at Bloodstock Open Air. Seeing as this is your very own musical project (of sorts), does this feel a little different to your other role in Ministry?

SIN – Yeah it feels different in the sense that I feel like I’m the one holding the reins. Obviously with Ministry, Al (Jourgensen) calls all the shots and I know my role as his “right hand man” but with 3 Headed Snake I’m the one making making all final decisions. Which can be good or bad. [Laughing]

OD – The EP has been received with open arms around the globe, in the space of a year, did you ever think that such good traction would have happened so soon as there is a lot of new music out there these days and it’s kind of hard to get the right attention?

SIN – I honestly never thought it would be as well received as it has been. We are still in our infancy stage but I couldn’t be happier with all the positive feedback we’ve received for being a brand new project.

OD – Will this be the first 3 Headed Snake live shows since the bands conception?

OD – Tell me how the whole project came about; as I know you’re a very busy guy?

SIN – Long story short, I had written a few songs (the music) and was looking for a vocalist to complete them. My initial plan was to just record them and to never release them. It was just gonna be for my own enjoyment. I honestly didn’t think my fans, or people that follow me, would be interested in this “style“.

Most people know me through my work in Ministry and this is the polar opposite of the stuff I write in Ministry. Anyways, I was scrolling though musician classifieds online and stumbled on Johnny Rays ad.

I clicked on a link and there he was singing his balls off! [Laughing]. It blew me away and I knew that was the voice and style that would fit this project. So, I reach out to him and here we are.

OD – This is a slightly different sounding project to what most people know you for. Did you have any concerns about dipping your toe into a different style of music?

SIN – I didn’t have any concerns because initially this project was never gonna go public. It was just gonna be for my own enjoyment. But I honestly don’t think I would have had any concerns regardless. If it comes from the heart; that’s al that matters.

OD – The EP has a total of 3 tracks, I’m assuming there is more material that we have yet to hear. Can you talk a little about what you have in store for the live shows? 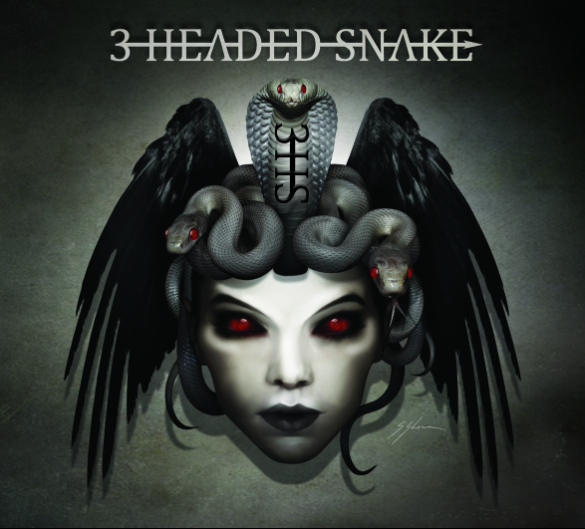 SIN – Yes, we definitely have more material and we can’t wait to unleash it at Bloodstock. We have some slow, atmospheric tracks and some burners as well. It’s all heavy and melodic.

OD – The line up at this year’s Bloodstock Open Air covers a wide range of metal acts, of all the bands on the line up, are there any that you’re interested in catching on the day you perform or perhaps any fellow artists that are friends that you’re looking forward to catching up with?

SIN – Yeah, I’m always down to see the guys in Anthrax. I’m an old school fan and they always have great live shows.

OD – There is definitely a different vibe from European festivals compared to US festivals, would you agree, and if so, why?

SIN – US Festivals to me seem to have a slightly different energy and vibe. It seems to be more about being “seen” rather than really being into the bands you’re there to see.

OD – You’ve had a very busy Summer with Ministry and now you’re back out with 3HS, what’s your schedule looking like after the Summer shows?

SIN – Yeah thank God for staying busy. Well, Ministry will be playing a Festival in the US in Tennessee with Gun’s N’Roses and Deftones and several other bands in October. 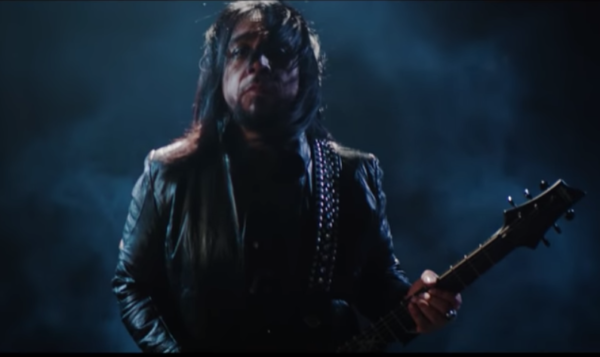 Then… we (Ministry) will be hitting the road with Slayer the entire month of November. Very excited about that cos I will finally get to play 2 venues on my bucket list. NYC’s Madison Square Garden and The Forum in Los Angeles. 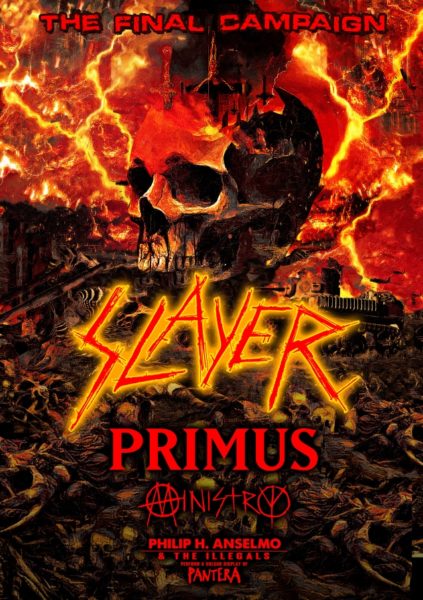 OD – With the success of the EP, can we expect a full-length album any time soon?

SIN – Yes, the plan is to record a full-length in the near future and hopefully release it in 2020.

OD – I believe your old friend Matt Zane (Society 1) produced the video for ‘Wisdom Screams‘. Having worked together in the past with Society 1, did it all just click back into place when working on the video concept?

SIN – Yes, my old singer and friend Matt Zane was the first and only guy I thought of when it was time to do a music video. His work is top-notch, but I have to say, he completely blew me away and my expectations with what he did with our video. And yes, it felt like old times with the jokes and shit. [Laughing]

OD – There is no question that a lot of people will be hearing about and seeing 3 Headed Snake for the very first time when you make your way over to the UK for a series of small shows and of course, Bloodstock. If you could describe at best, what they can expect from the live show please let us know.

SIN – Well, our first and only UK performance will be at Bloodstock Festival and we are beyond excited about it. Every band has their own energy and chemistry and since this will be our debut we will have to see what our vibe and energy will be like. What I can say is that you can expect to hear some very powerful metal from a group of guys that give 10000% every fucking time.

Catch 3 Headed Snake at Bloodstock Open Air for their live debut on Saturday, August 10th on the Sophie Lancaster Stage. Stage times will be made available in the coming days.

Bloodstock Open Air 2019 kicks off on Thursday August 8th (next week). Tickets are on sale NOW via this link.

Full line up below; 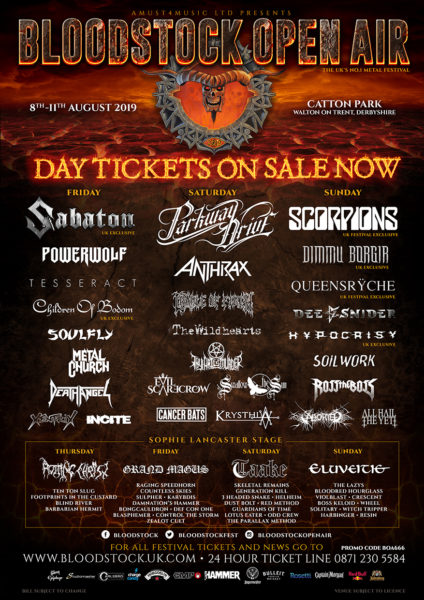