It’s a strange feeling to have a rock show in the middle of the day, but between a dark venue and moody music, OHHMS and A Pale Horse Named Death make you forget what’s going on in the world outside. 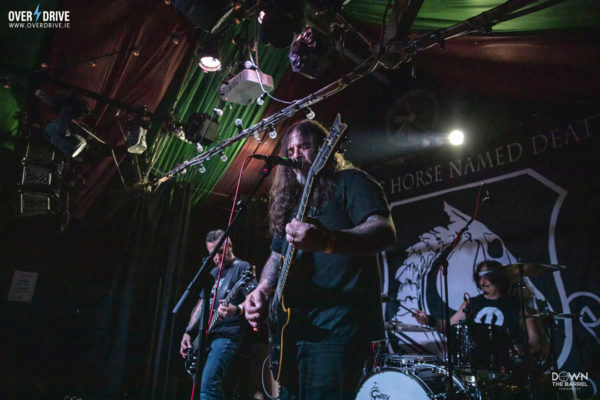 Introducing the crowd to their blend of sludge and post-hardcore metal, Kent’s OHHMS generate a decent sized crowd for the matinées only opening band.

Frontman Paul Waller is in the spotlight and seems to display a slightly nervous front during the performance but manages to pull off a thrilling performance to the now packed venue, who lap up the low and slow vibe. New album, ‘The Fool‘ is out now via Holy Roar records. 3.5/5 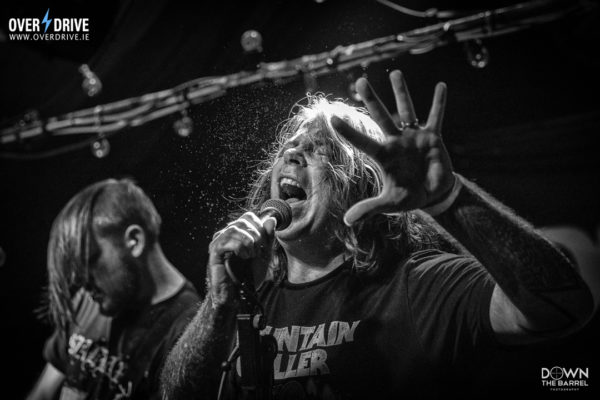 Almost a decade since their last Irish show in the now defunct The Pint, New Yorkers, A Pale Horse Named Death arrive on stage to some minor electrical problems. “We stayed up all night to be here for you. 2.40am ferry, no hotel, no shower. We got here at 6.30am because we heard Dublin is where it’s at. Sorry for taking so long to come back; I should get forty lashes“, frontman Sal Abruscato jokes.

A feeling of fatigue shows through different members at the beginning of the show but gradually subsides throughout the down-tempo and moody performance.

A packed venue in the upstairs section of The Grand Social brings together a friendly crowd openly interacting with the band, between onstage banter and casually tipping beer cups. The bands massive, albeit slow, sound vibrates ferociously throughout the building; between inside the stage hall and the downstairs bar. 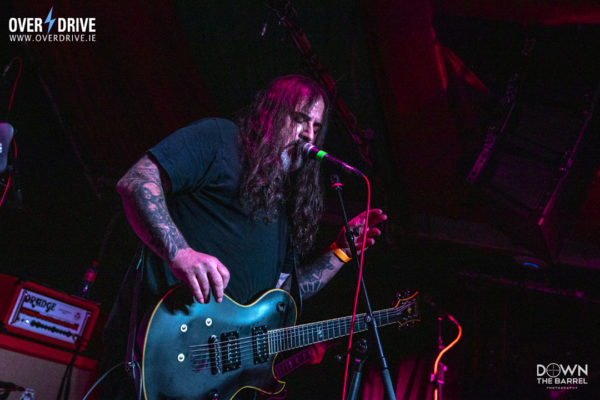 Finishing up one song, Abruscato asks the crowd of their performance “is it what you expected?” to which a gig-goer exclaims “pretty much” – much to the dismay of the vocalist who jokingly ranted about having to travel from the USA all through Europe and to Dublin to play for a “pretty much“. The band present a selection of different songs from their short three back-catalogue offering, with something for more dedicated fans to newer listeners.

“This song is about killing your ex and burying them in a shallow fucking grave” Abruscato exclaims, before continuing with suitably named “Shallow Grave“. 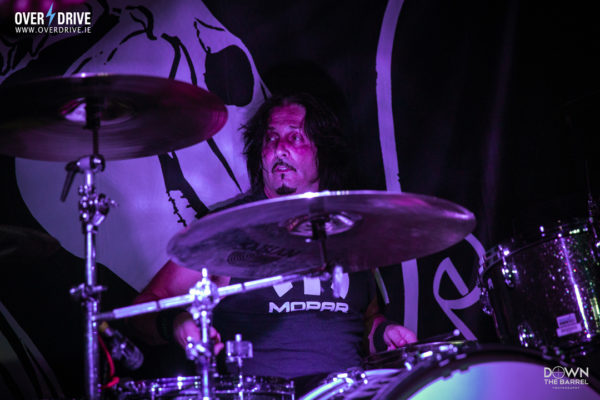 Guitarist Joe Taylor throughout the performance leans into the crowd and hovers his guitar over fans to strum and pick along. After a quick explanation of the music video for “Fell In My Hope“, the band burst into the song, with Absruscato walking into the crowd, and towards the end the band collectively bring the tempo down, and down, and down… until a hilarious filler of one note being played with an ongoing declining tempo for about fifteen minutes has the crowd in hypnotic hysterics throughout.

A round of applause leads into top song “Die Alone” with a large singalong, and finally finishing the day with “Lay My Soul To Waste” and “Killer by Night“. 4/5