Brian Johnson, drummer Phil Rudd and bassist Cliff Williams are back in AC/DC. 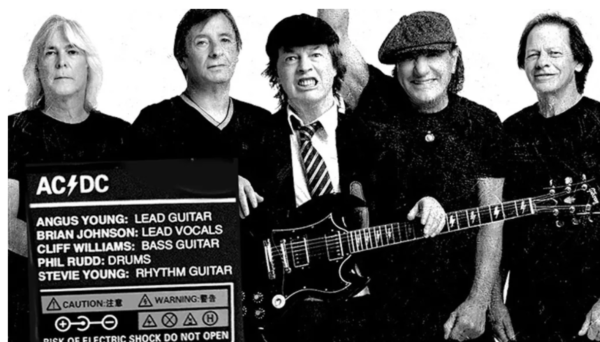 The first new official photo of AC/DC [see above] has confirmed vocalist Brian Johnson, bassist Cliff Williams and drummer Phil Rudd are officially back in the band.

Rumours of their return began to surface from studio photos two years ago following Johnson’s exit from the band in 2016 following issues with hearing loss and Rudd’s exit after being found guilty of possession of drugs and other charges.

Williams retired from the band in 2017 but his return marks the return of the lineup who recorded the seminal 1980 album Back In Black, with the exception of rhythm guitarist Malcolm Young [pictured below] who passed away in 2017 and was replaced in the band by nephew Stevie Young. 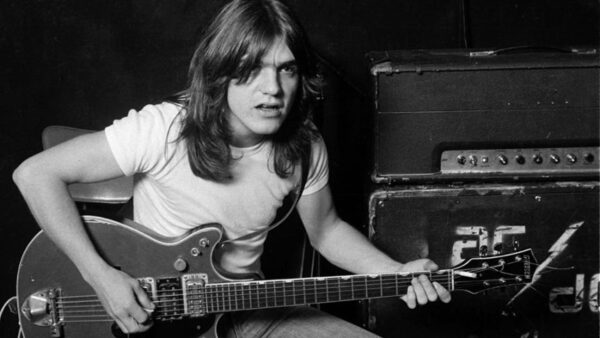 The news follows a flurry of activity from the rock legend’s camp with adverts appearing featuring the question, “Are you ready?” above the words ‘PWR-UP‘.

It’s speculated it refers to an album title ‘Power-Up‘ as the follow-up to 2014’s Rock Or Bust.