Actress Esmé Bianco (‘Game Of Thrones‘, ‘The Magicians‘) has publicly come forward against Marilyn Manson, accusing him of abuse and human trafficking.

Her statement was shared via social media this morning (February 11th) and reads:

“I am naming the person who abused and human trafficked me. His name is Marilyn Manson, born Brian Hugh Warner. I am coming forward after years of living with the unthinkable trauma I endured at the hands of the serial predator known to many as Marilyn Manson. I am speaking up now, in my own way, and sharing this story with others because he must be held accountable.

No one should ever go through what I – and so many other survivors – have experienced. It’s important that we all understand that people can be abused and trafficked by intimate partners, boyfriends, and husbands. We must address the misconceptions around human trafficking because it can happen to anyone like it happened to me.” 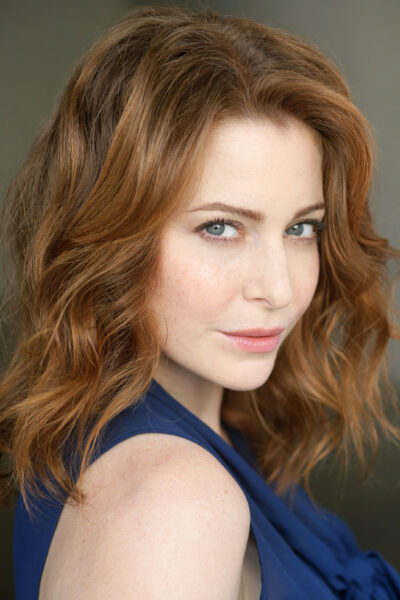 Bianco‘s statement arrives a day after she recounted her experiences with Manson to thecut.com. Bianco provided the aforementioned publication with emails, text and photographs from her time with Manson.

While Bianco says she originally met Manson through his then-wife Dita Von Teese, she alleges that Manson first abuse didn’t take place till a few years later, after he flew her out to a shoot for an unreleased music video for his track “I Want To Kill You Like They Do In The Movies“.

Bianco claims that Manson plied her with cocaine on that shoot, tying her up and whipping her, while also employing a violet wand on her wounds.

A long-distance affair ensued, which Bianco said would involve Manson biting her and more without her consent during sexual encounters. She states that he later offered her a role in a movie he was involved in at the time and a work visa to go along with it, encouraging her to move in with him in 2011.

She claims that upon doing so, Manson then began to control how she looked, how she slept, and more. She commented of that time, “I basically felt like a prisoner. I came and went at his pleasure. Who I spoke to was completely controlled by him. I called my family hiding in the closet.”

Things apparently only got darker from there, with Bianco alleging that Manson would repeatedly abuse and humiliate her, at one point even cutting her stomach repeatedly with a knife, photographing the wounds for his inner circle. Manson is alleged to have later chased Bianco around an apartment with an axe, which Bianco states proved to be a key incident in her breaking up with him and leaving.

A former assistant of Manson‘s also spoke to the aforementioned publication, offering credence to various claims made by Bianco. You can read their accounts on the matter over at thecut.com. Speaking now of Manson, she told the publication, “He’s not a misunderstood artist. He deserves to be behind bars for the rest of his life.”

Both Bianco and Manson‘s ex-fiancée Evan Rachel Wood gave testimony of the abuse they suffered in front of a House Judiciary Subcommittee in 2019 (see here and here) while championing The Phoenix Act, which aimed to remove the 3-year statute of limitations for reporting a domestic violence incident in California. That act was eventually passed and officially signed into law last year and saw that limit extended for 5 years.

In the time since Wood and others came forward against him, Manson has been dropped by his management, record label, talent agency and been cut from several TV shows. A number of his peers and former friends have also since come forward against him, including Limp Bizkit (and former Marilyn Manson bandmember) Wes Borland and Nine Inch Nails‘ Trent Reznor, who helped elevate Manson‘s career in the 90s.