Exclusive: AeSect get ready to destroy 2015!!


Without a shadow of a doubt, one of the most electrifying live acts from the growing Irish Metal scene AESECT,  are planning their highly anticipated return to the stage and have a few surprises up their sleeves. Guitarist Dave Kennedy took time out from the studio to talk to Overdrive about the bands current status, their new vocalist and a complete strip down and rebuild of their crushing sound. 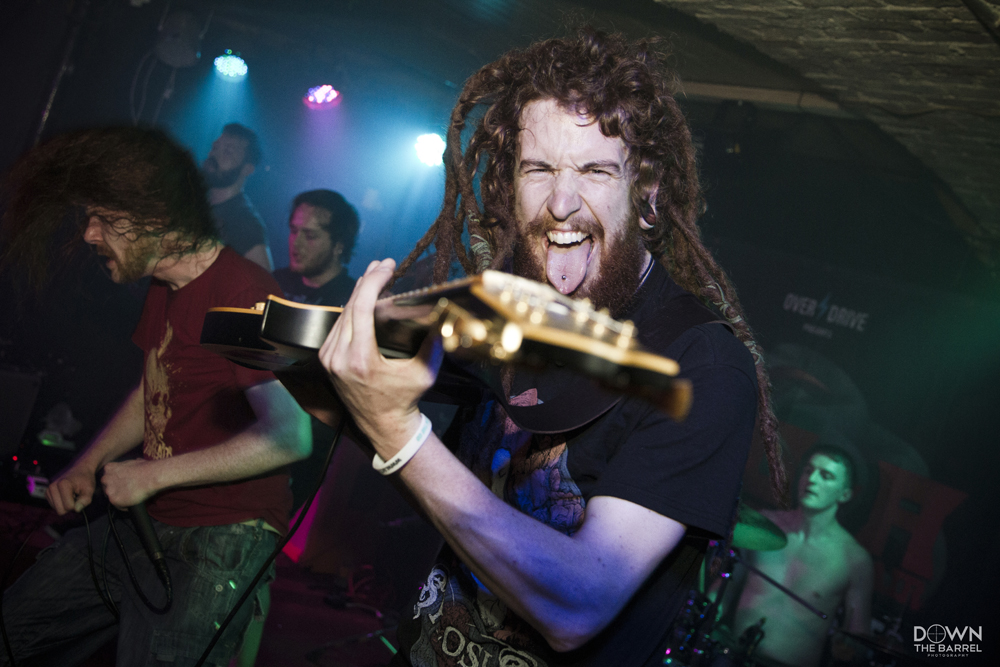 If you have ever witnessed the brutal force of energy that explodes from the stage during an AeSect show, then you understand just how important and vital these guys are to the Irish Metal scene. Taking a more contemporary approach to the song structure, which is not a million miles away from Lamb of God and Sylosis with touches of Meshuggah and Slipknot thrown in for good measure. Aesect have carved and crafted their own sound, that has lifted them above and beyond the usual “metal by numbers” acts that are floating around these days.

With the sudden departure of flaming haired vocalist Shane Kiernan last year, Aesect immediately began searching for a new singer and are now in the process of recording their new EP, which is expected to with us as soon as February / March.

OD –  Firstly, for those who don’t know, can you explain the name AeSect, where it came from and what it means?

Dave –  We wanted a short name you can chant. A good few names were thrown around originally, but none of them ever lasted more than a day or two. Then the name “Sect” was mentioned. We all thought it sounded great, but a little too plain, so we added the Ae in front of it and got “AeSect“. No meaning behind it. We just thought it was a cool sounding name.

OD – Were there any other names that you were considering before deciding on AeSect?

Dave –  There were a few, but I can’t remember any as it was four years ago.

OD – In light of the line up changes earlier this year, how are the band doing in terms of writing new material and progressing forward?

Dave – So far we are going great! We decided to concentrate on our new material, as it is more the direction we are going right now. Our new singer really wanted to put his own stamp on the current material, so he wrote new lyrics for all our songs. We think it’s a great idea and it really shows the new vocal style we now have in the band.

OD – Are there any song titles that you can mention now or are things still in the early stages?

Dave – Yeah we have a few. “Devour the Earth” (now confirmed as the EP title), “Clone” and “Burning the Leeches” are three of our new improved tunes that we are working on right now.

OD – How was the process of searching for a new singer and how did you know when you decided on picking the new front man?

Dave – Finding a new singer was actually quite easy. It was deciding whom to pick out of the lads that auditioned, that was the hard part. We got a great response almost the instant we put up the add saying we were looking. When our new singer walked into the room and started screaming we were completely taken aback. He had everything worked out and had a plan for us (if he got in) and really showed a lot of enthusiasm about the whole process. In the end it came down to two guys. We chose one who fitted us better and here we are. 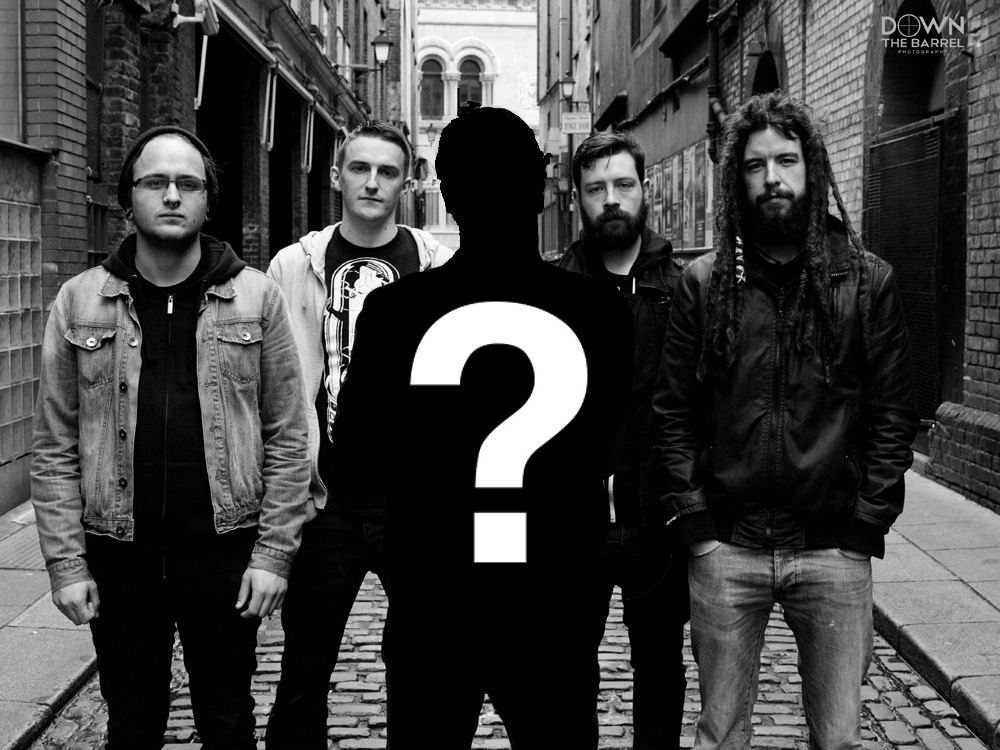 *Check out the a clip of the new AeSect vocalist in action on the brief clip below. All we know from this material, is that he thankfully has two feet and a very healthy set of lungs!

OD – Can you disclose as to who will be the new vocalist for AeSect?

Dave –  Not quite yet. We’re working on a few things and want to everything quiet until we know exactly what we’re doing. But you’ll hear something soon.

OD –  – There is no denying that AeSect are a formidable force when witnessed in a live setting, when recording, how do you go about trying to catch that “Lightening in a bottle” emotion?

Dave – Getting the live feel in the studio is tough, as we have never recorded our EP’s live, as a full band. What we aim for is just an absolute wall of sound and something that you can really get excited about seeing live. We want to have the tightest sounding songs as possible. 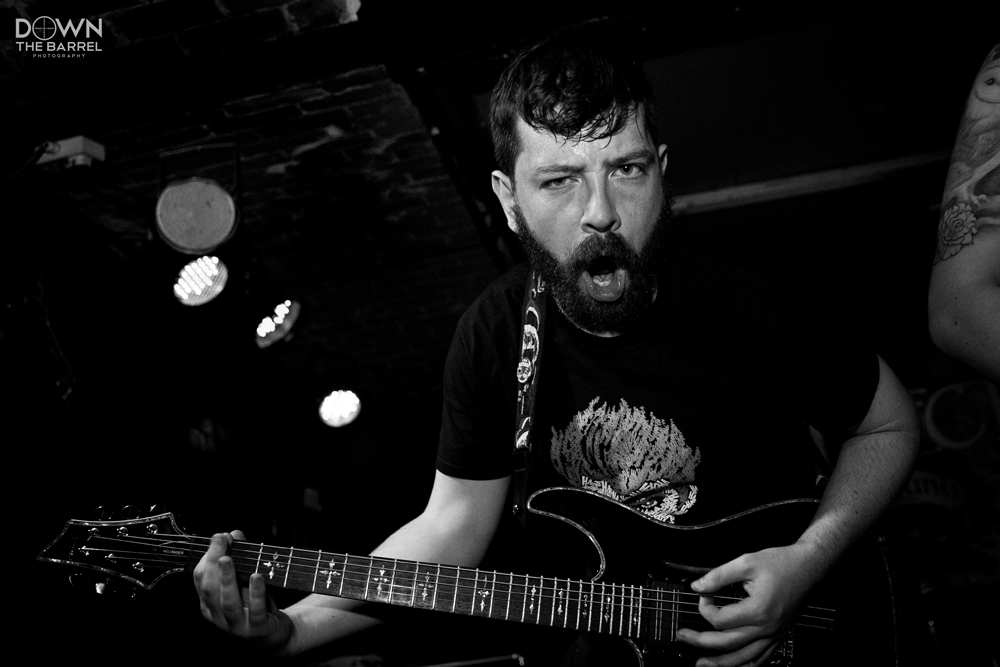 Dave – Right now the plan is to write, practice and record. We won’t be back gigging again until sometime in the New Year. Maybe February or March.

OD –  In terms of the new material, will this be another EP, or can we expect a full length new album?

Dave – Right now we’re working on a new EP. As we have a new singer we didn’t want to dive right into a full length. We think this EP will be a nice taster of what will be going on our future full length album when we sit down to write it.

OD – Regarding the new recordings, when is it likely to see it released?

Dave –  We are aiming for a February/March release. We want to do something big to announce our comeback.

Dave – 2015 is all about getting back into gigging and hopefully out of Ireland for a few shows. We had a great year with 2014 and we really want to pick up more momentum next year. 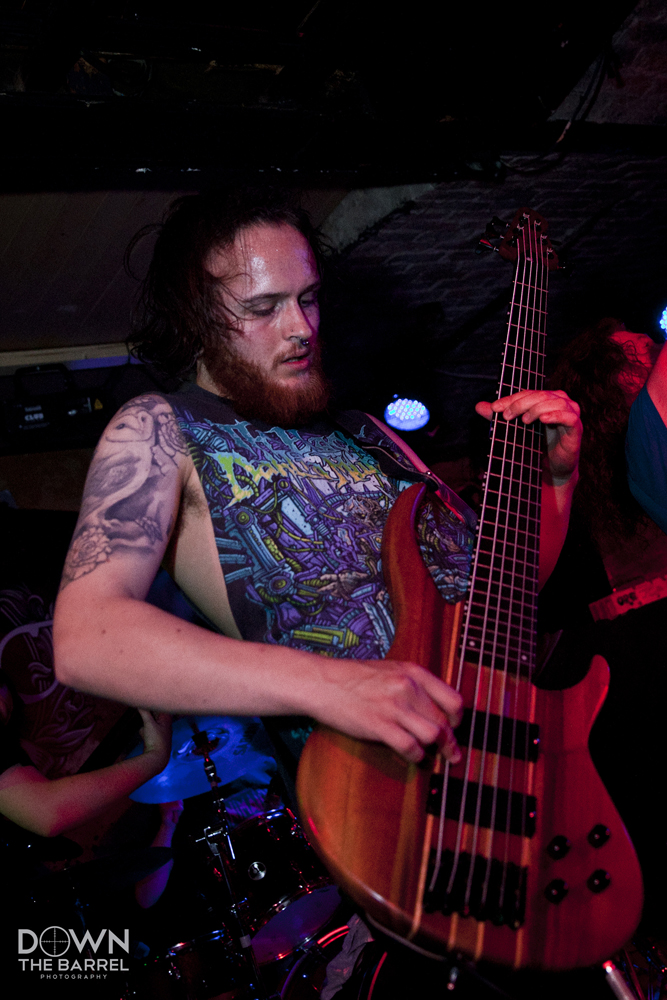 OD – Can you talk about the current Metal scene in Ireland and what you feel are the positive and negative points about its current state?

Dave – There are more bands than ever gigging around Ireland. Its great to see. More and more talent is popping up and more and more people are heading out to local gigs. The downside to that is that it’s harder to get noticed. You really have to have something special to stand out these days. But that just pushes us to play harder and put on more of a show so we love it.

OD – You took part in Metal 2 The Masses earlier this year, however you decided not to take part in the event for 2015 can you express a reason why?

Dave – We had a great time playing all the gigs during the last run, but we feel that we want to concentrate more on getting our current sound to where we see it in our heads. Since we have a new singer ,we need to learn how to play and be comfortable with a new member, so we think its best if we don’t rush into anything. 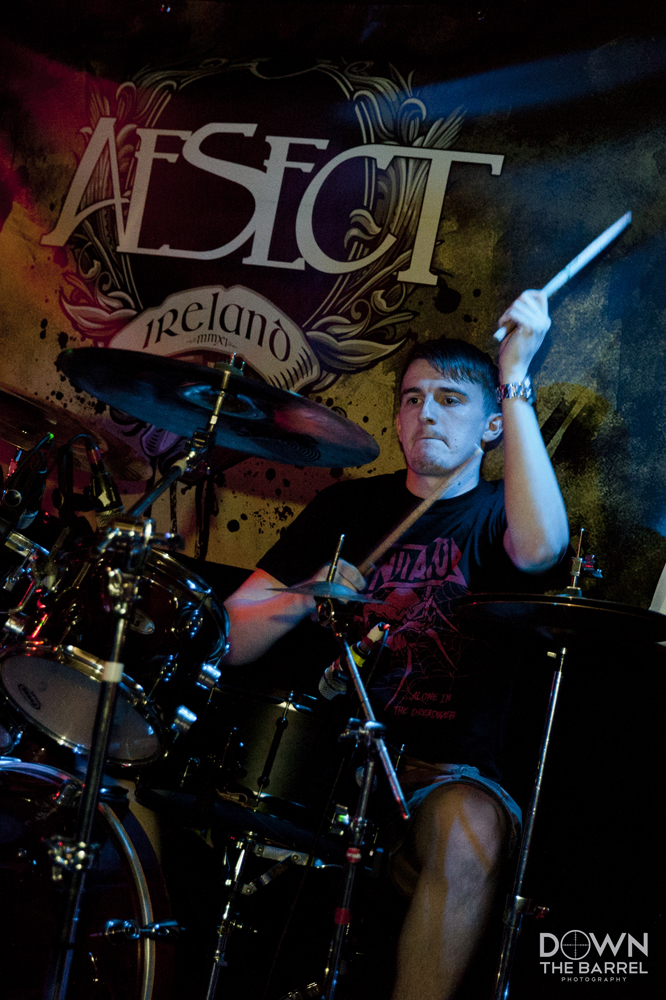 So with the new EP “Devour The Earth” and the unveiling of the bands new singer, Overdrive has a feeling that 2015 is going to be a defining year for AeSect. Keep an eye out for a blitz of live shows and more importantly, their unforgiving, brutal and downright outstanding criminal assault on your ear holes later this year.

AeSect are back motherfucker and are currently arming themselves with material that will shatter, destroy, crumble, rumble and most definitely decimate anyone that stands before them. Don’t say we didn’t tell you so.

Aesect took part in last years Bloodstock Metal 2 The Masses Ireland. This years M2TM is now up and running in the search for the band that will play the New Blood stage at this years festival along side Rob Zombie, Trivium, Within Temptation, Sepultura and many more!