Something dark, twisted and full of bitter hate is bubbling up from the darkest corners of Ireland’s capital city and we don’t mean the piss infested Liffey River that run’s through the heart of Dublin. Aggro-Culture are ready to kick you in the teeth with their debut album and Overdrive got the business end of the boot in our review of the album! 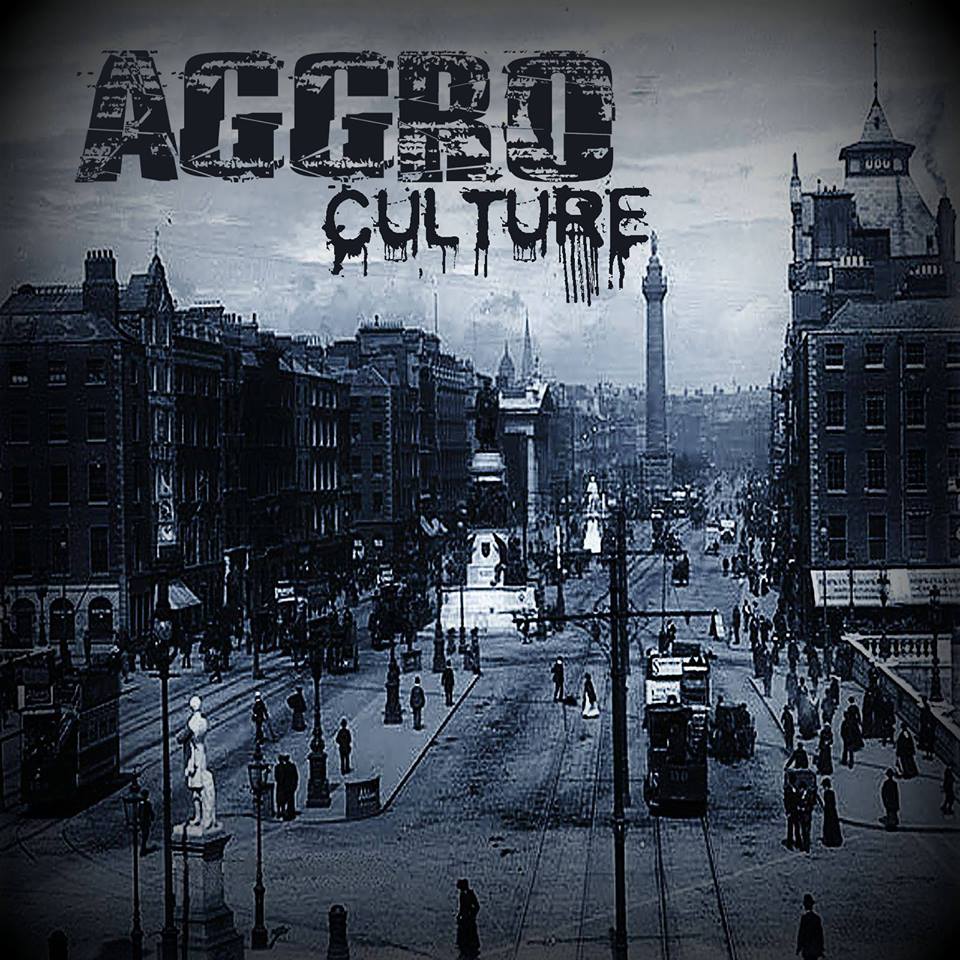 Aggro-Culture are an Irish band based in the heart of Dublin who have a sound that literally removes layers of skin from your face. With the release of their debut self titled album the future is looking very bright or at least a lighter shade of grey for the four piece.

With fourteen blistering sonic assaults on this debut it becomes apparent that Aggro- Culture have a lot of stuff to get off their chests as the album powerhouses from strength to strength. Opening track “Elegy” is a surprising opus, which will have one’s ears standing to attention as it is totally unexpected with it’s uplifting lyrics and solid acoustics. No sooner have you settled into the winding groove, when all out war unfolds through the rest of the album which is loaded with gritty, heavy vocals and rabid chainsaw guitar licks. 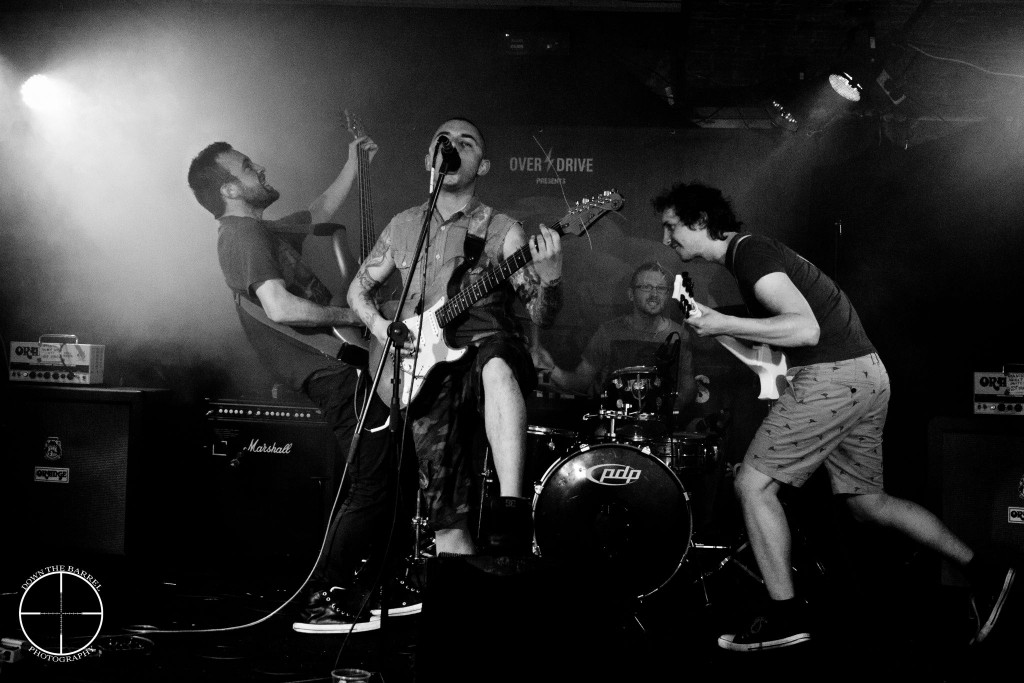 “Townies & Blaggards” takes things to a new level with Leigh O’Reilly’s insane vocal programming and some Slipknot style DJ fills that will certainly cause a few bloody noses and chipped teeth when executed  in a live setting.

Aggro-Culture’s debut has some very melodic harmonic vocals that resonate throughout this album but unexpected burst of screams keeps you on your toes offering an unpredicted and slightly disturbed feel to the album. Speaking of the unexpected, “Sticky Mattress” takes a complete left turn with some reggae style influence all the while maintaining to keep the Aggro-Culture vibe throughout. 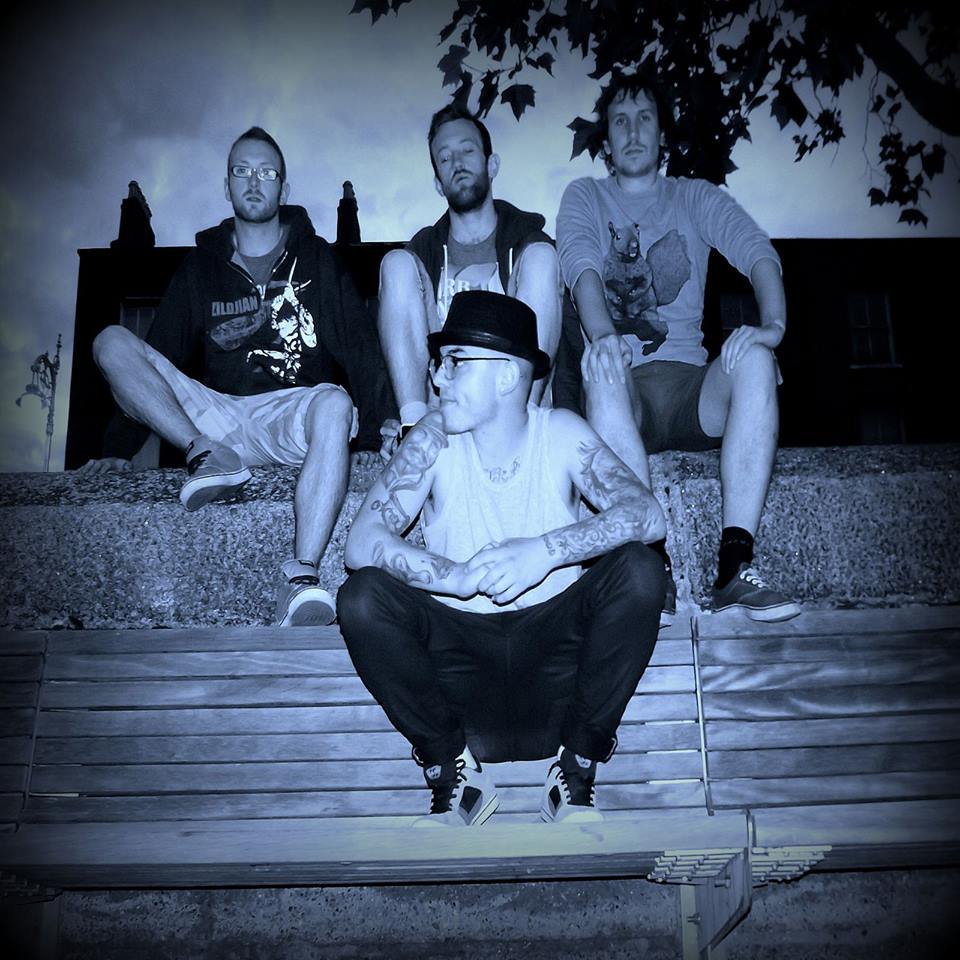 Something which I absolutely love about this album is that with every lyric and beat,  you can hear the heart and soul from all the members. They have worked very hard on releasing this album and to their credit, the production is of a super high standard which most certainly do them justice. Who knows what the next move is for Aggro-Culture, as they seem to be a rather unpredictable band by nature and although quite refreshing,  I feel that this band has a hell of a lot more to offer and can’t wait for album number two!

A fantastic debut album that twists and turns every which way keeping the listener enthralled and begging for more!

To stream the album just hit the graphic below.

AGGRO-CULTURE DEBUT ALBUM IS OUT NOW AND AVAILABLE FROM THIS LINK.