They’re back!! Yes, Australia’s kick-ass hard rockers, Airbourne will be returning to Dublin’s Academy on August 23rd and if you were at the band’s show in this venue a few years back, then you will know that this simply can not be missed! Overdrive is giving away a pair of tickets for the show! Details below…. 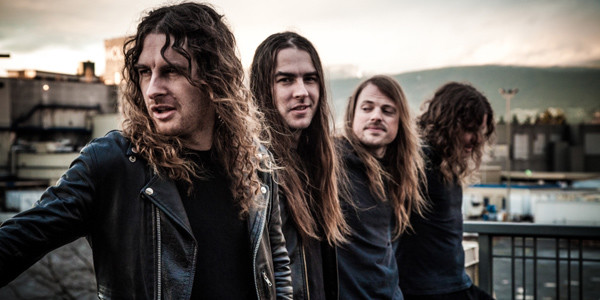 Australian hard rock hero’s Airbourne have announced details of their highly anticipated return to Ireland with a date at The Academy, Dublin on August 23rd 2016.

Airbourne is the walking, talking, living, breathing, screaming, spitting, fist-pumping embodiment of all that hard rock has encompassed since the movement began.

Airbourne manage to call upon the spiritual substance of Thin Lizzy, the gritty pub-crawling vibe of Motörhead, the grandiose histrionic theatricality of Judas Priest, the unifying audience domination of Iron Maiden and the sharp bite of their fellow Australians in the legendary AC/DC. They’ve stitched together these disparate components into a head-banging Frankenstein monster of their own creation, energizing the entire hard rock scene with their enthusiasm and relentless drive.

Tickets priced €24 inclusive of booking fee are on sale at 9am this Wednesday, March 23rd from Ticketmaster outlets nationwide and www.ticketmaster.ie

For your chance to win a pair of tickets to Airbourne on Tuesday 23rd August! Follow the instructions below! 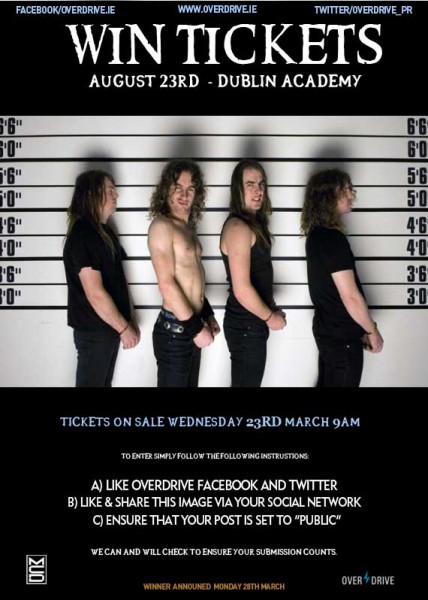