UK progressive black metal four piece, AKERCOCKE will be performing in Dublin’s Voodoo Lounge for their only Irish date in 2016! DME Promotions can confirm that the London based band will be playing on Saturday 8th October with tickets priced at €17.50 (inc booking fee) and available to buy from May 12th! Get all the details below….

After a five-year break during which individual members pursued other projects, three founding members of AKERCOCKE — Jason Mendonca, Paul Scanlan and David Gray — have returned to their original purpose; to create new, exciting and innovative music. Complemented by the addition of bass player Nathaniel Underwood, AKERCOCKE is presently producing its sixth studio album, Renaissance In Extremis, tentatively due this coming Autumn.

Check out our selected AKERCOCKE tracks in the playlist below to get you up to speed for the Dublin show in October!

Jason says of AKERCOCKE‘s return: “The time is right and the time is now.

“We’ve been back to the woodshed, writing a host of new songs that have progressed our aesthetic forward again. We are loving the creative process and are humbled by the response from our fans concerning our musical return.

“AKERCOCKE 2016 continues as a positive force, driven by the reasons we began the band in the first place. Expect drama, chaos, new textures and atmospheres enveloped by the hallmarks that have defined our sound.”

“There is much excitement at our HQ as we prepare to air new material as well as smashing out some favourites from albums past.” AKERCOCKE’s first live appearance in five years will be at the Bloodstock Open Air festival on Friday, August 12. AKERCOCKE’s last studio album, Antichrist, came out in 2007.

Tickets for AKERCOCKE will be on sale from Tuesday May 12th and will be available  for tickets €17.50 (inc booking fee) at 10am from www.ticketmaster.ie & outlets nationwide, www.tickets.ie, www.intothevoidrecords.com  &  Sound Cellar. 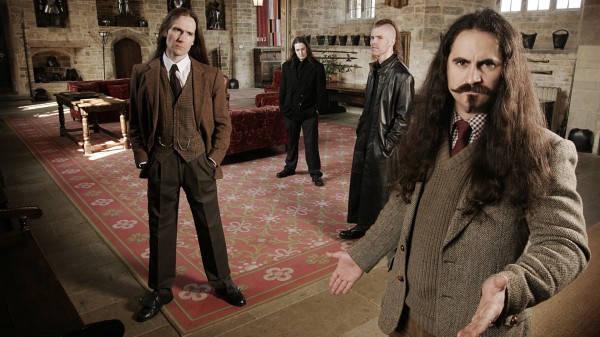