An eruption of contorted monstrous roars met with the wailing of a blizzard are the sounds that introduce us to Cadaver’s latest creation, ‘Edder & Bile’. 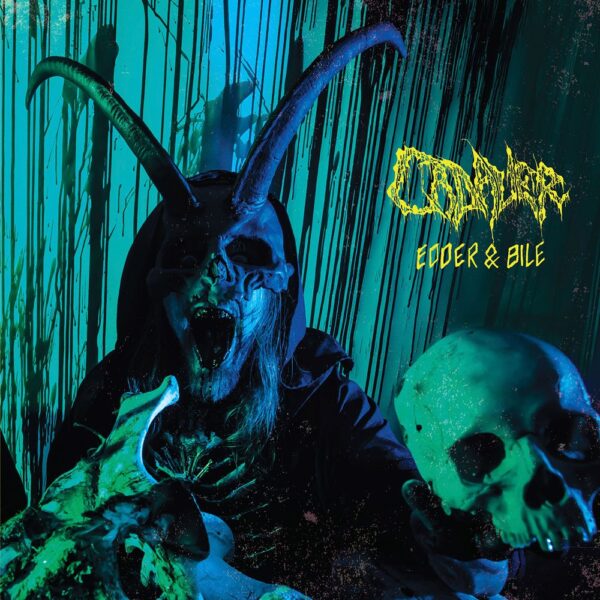 It’s a fitting way for one of Norway’s most celebrated extreme metal bands to remind us once again, that Cadaver are by no means dead.

First surfacing in 1988, and fastened together since by founding member Anders Odden, Cadaver share kinship with the at the time emerging Florida death metal scene. Like much of Norway’s metal output, however, the foreboding cold has crept into the music. It permeates and lingers in every note, and strikes like an abominable ice pick to the chest.

Kicking things off with ‘Morgue Ritual’ we get a dose of the frozen tundra before us. A blend of razor-wire guitars and frenetic drums lead the way, once Odden adds his congested snarl to the mix we’re in the midst of some high tempo, and very satisfying death metal.

Cadaver doesn’t spend much time developing or stretching out ideas, keeping the songs short and intense. It has a high impact, and tracks don’t tend to stick around long enough to wear out their welcome. A couple of cameo appearances from vocalists Kam Lee (Massacre) and Jeff Becerra (Possessed) are thrown in over the next few tracks, adding a subtle but enjoyable bit of variety to things.

Drumming duties on the album have been passed to Dirk Verbeuren (Megadeth). His playing is a showcase of violent technicality. Alongside the chaotic riffing, his pace seems near unstoppable, adding waves of percussive battery that take the band to new heights.

Around the middle of the album, Cadaver hit their stride. ‘Final Fight’, ‘Deathmachine’ and title track ‘Edder & Bile’ are all prime cuts, merging the bands’ death metal with some black and extreme metal influences to come up with some truly frightening sounds.

They keep the focus right through the remaining blistering tracks, closing things out with ‘Let me Burn’, which lowers the tempo but overflows with a sinister dark edge.

The one qualm of the album lies in the production. Firstly with the drums. While the playing is spectacular, it often feels overbearingly loud in the mix, becoming distracting and detracting from the great guitar work.

Speaking of guitars, they also drop the ball slightly. The band have opted for a very cold sound. For the most part, it’s effective but can occasionally come across as missing some much-needed poundage.

Combined with the overly loud drums the guitars can from time to time sound a little lost in the blizzard.

All in all, Edder & Bile is a clear assertion from a band who still have a lot more to offer. It’s an intense, dirty and disturbing thrill ride. Let’s just hope their next record doesn’t take another 16 years. 3.5/5

‘Edder & Bile‘ is out NOW via Nuclear Blast and can also be found on all popular streaming platforms. 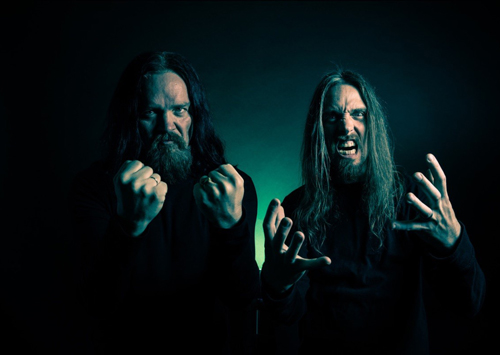