Virginia-based crossover battalion, ENFORCED have created an album that will, no doubt, stand head and shoulders above 99% of what has yet to come in 2021. 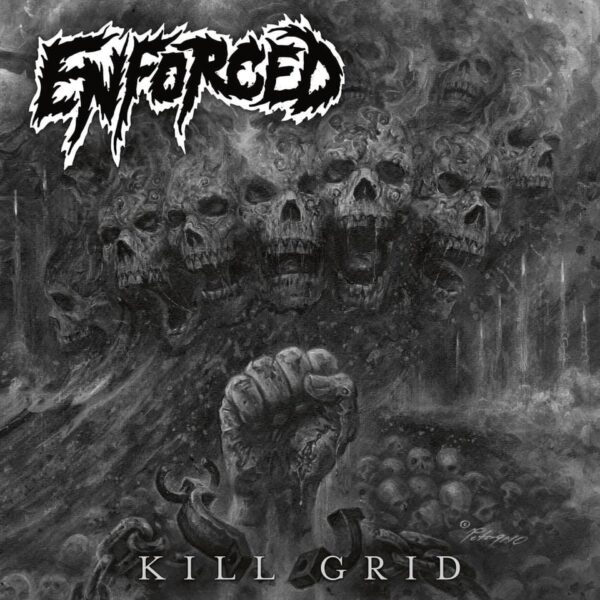 Taking elements of Power Trip, old-school Sepultura and marinating it in a Slayer-Esque cocktail of napalm aggression and white-hot, visceral, piss n’ vinegar, ENFORCED have given birth to an instant stone-cold crossover classic.

I know what you’re thinking; “Ohh this is some fightin’ talk right here!” Well, you bet your ass it is! ‘Kill Grid‘ is simply an outstanding album.

It’s hard to believe that something this good can only be Enforced’s second lap around the track when it comes to their discography, but I’m sure the same thing was said with the likes of Metallica, Slayer, Obituary, Possessed, Death etc.

The bands’ brutal debut, ‘At The Walls‘ was [and still is] the sonic equivalent of a stick of dynamite exploding in an already furious pit, so, expectations were high for their sophomore.

Opening with, ‘The Doctrine‘, it’s straight in, no fuckin’ around, with all guns blazing. The riffs [courtesy of guitarists Zach Monahan and Will Wagstaff] are literally drenched with nostalgia from the glorious days of early Death/Thrash metal icons, all-the-while delivered with a modern-day punch in the face.

Each track that follows, from ‘UXO‘ to ‘Beneath Me’, the outstanding ‘Malignance‘ and the Sep-sounding [sic] title-track, ‘Kill Grid‘ just explodes with brilliance and by this stage you’re only just arriving at the sticky, blood n sweat-soaked, hot centre of this opus.

Vocalist Knox Colby barks and commands attention throughout, giving Enforced a level of brutality that the late Riley Gale would be most proud of, let alone any pioneer vocalists of Hardcore, Thrash or Death genres alike.

Finding a perfect equilibrium between Hardcore, Thrash and Death, ‘Curtain Fire‘ drills a hole into the head and proceeds to stomp through layers of gray matter like a drunk construction worker on payday.

If you’re not convinced at this stage, ‘Hemorrhage‘ will not only reduce you to dust but will have you dismantling any furniture that may be in your vicinity… without hesitation.

Where most bands’ drift into the ether at the end of an album’s tracklisting, Enforced do no such thing. ‘Blood Ribbon‘ and ‘Trespasser‘ punch just as hard as the rest of the album and before you know it, it’s all over!

What we have here is a collection of nine potent, monolithic slabs of unadulterated “HEAVY“. ‘Kill Grid‘ is a sensational release that fuses the past, present and the future of Hardcore, Death and Trash metal… and it’s fucking glorious!

It’s not often that we score so high with a release, however, every now and again it’s simply undeniable.

Tune into Overdrive next week for a feature interview with vocalist Knox Colby. 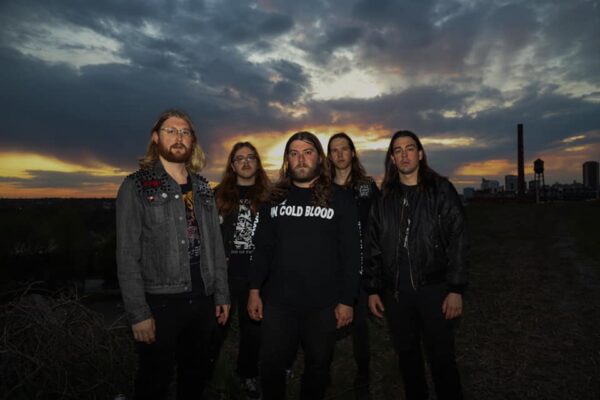