Fresh from burning a trail across festivals this summer, Venom Inc. have returned with a new album, There’s Only Black, the follow-up to their 2017 thunderous debut, ‘Avé’. 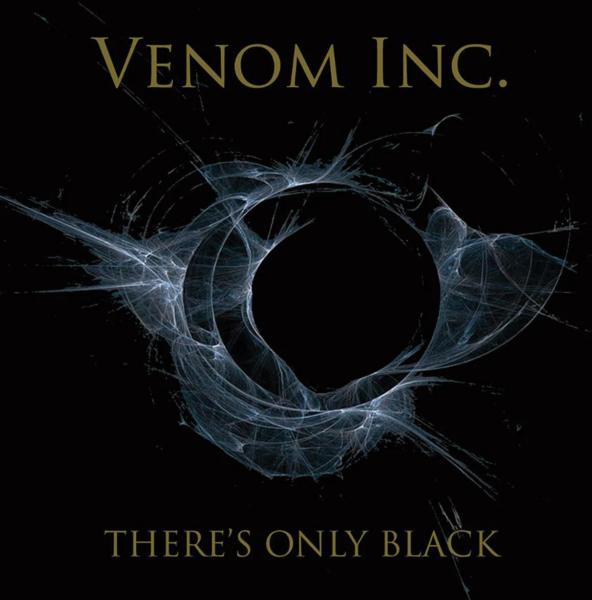 Flying the Venom flag high, and not caring who doesn’t like it, Venom Inc. are a band that show no signs of slowing down.

They have no intentions of reinventing the genre, that’s not what Venom Inc. are about, but when all you want to do is bang your head and raise your fist then ‘There’s only Black’ is the perfect soundtrack.

Album opener, How Many Can Die will hook you in immediately and lets you know what the band do – Mantas shredding like a maniac, Demolition Man growling like a demonic Lemmy and the new addition of Warmachine on the drums, hammering away on ramming speed.

The album’s title track is a proper face-melter and will no doubt become a live favourite, as will Don’t Feed Me Your Lies, with more shredding and crowd pleasing chant too! There’s some ferocious thrash on show too, most notably on tracks like Nine, Man As God and the aptly named “Rampant”.

Album closer, The Dance Macabre, opens with foreboding menace, giving you a short breather before unleashing the true spirit of Venom one final time.

When the metal scene is infected with all sorts of gimmicks and cosplay nonsense, hail Satan for Venom Inc. for flying the flag for old-school heavy metal, so lay down your soul to the gods rock & roll and tell your wimp friends to listen to some real metal – Venom Inc.! 3.5/5

‘There’s Only Black‘ will be released on September 23 via Nuclear Blast. Pre-order your copy here.