The Godfather of “shock-rock”, Alice Cooper brought his macabre circus to Ireland’s capital for a jaw-dropping, mammoth show, packed to the rafters with monsters, executions, thrills and spills. Step inside the brilliant mind of rock’s most cherished performer! 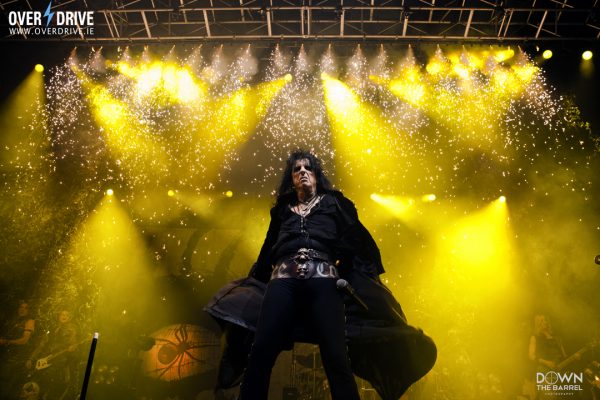 Back in the late eighties, I was given a compilation cassette of rock songs.  It was probably a freebie with the newspaper.  It was okay, with a few songs I liked on it, Cher’s Gypsies, Tramps and Thieves and The Whole of the Moon by The Waterboys. But there was one song that grabbed me and made me wonder what on earth I was listening to. I’d never heard anything like it before and I give that song a lot of credit for starting me on the path to a love of rock music.

I still have that cassette today.  The song was Poison and until tonight I’d never been lucky enough as to actually get to see Alice Cooper in the flesh. There’s always a hope that someone will live up to expectations and a fear they won’t but I’m happy to report that Alice was everything I’d hoped for and more tonight in a show full of surprises, madness and decapitation. Up until the moment he came on stage I was cool as a cucumber but I have to admit to losing my shit when he appeared. I mean, it’s Alice Cooper!  As he strutted on stage snarling, wrapped in a black cape, with a pyro waterfall cascading behind him I started grinning and I haven’t stopped yet. 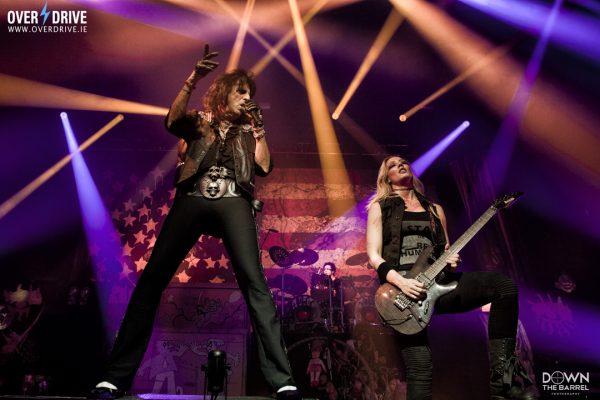 The stage set is nothing if not unusual, featuring various decapitated clown heads, bloody dolls, hula hoops and a giant toy box out of which pops a girl dressed as a doll to help Alice with his various outfit changes. Opening with Brutal Planet before going straight into No More Mr Nice Guy and Under my Wheels, the show gets off to an absolute flyer.

The band, guitarists Nita Strauss, Tommy Henriksen and Ryan Roxie, drummer Glen Sobel and bassist Chuck Garric are very much part of the show and under ringmaster Alice’s spell, moving where he directs them to with a flick of his cane. Occasionally those canes are flicked into the crowd causing near uproar as fans try to catch them for themselves. The fans deserve a mention as some real effort has been made tonight. Some were spotted queuing outside the Olympia Theatre at twelve o’clock, seven hours before doors, and there’s also a lot of effort been made to look like Alice, with costumes and face paint to be seen everywhere. 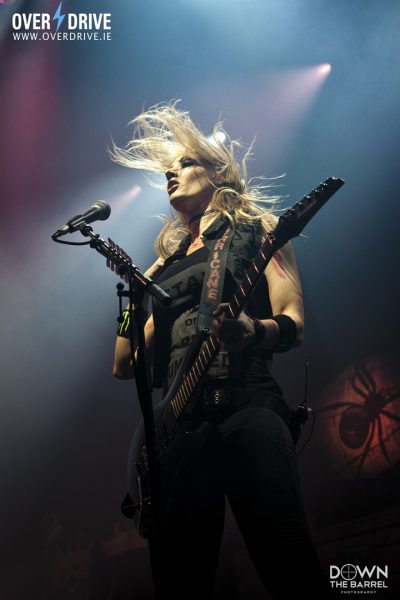 With the band flying through the songs, next up are Department of  Youth and Pain, and I’m starting to wonder if the show will last more than half an hour or if they’re going to slow down at some point. They never do slow down, but the show starts to get more theatrical and the storytelling aspect of what Alice does becomes more pronounced. As the show moves on it gets crazier and more brilliant with every passing second. Billion Dollar Babies and World Needs Guts see Alice start to engage the crowd, even more, waving a fencing sword filled with $100 notes with his face on them over the front few rows.

Woman of Mass Distraction is next, followed by Nita Strauss performing a standout solo while everyone else takes a break. When they come back it’s the moment I’ve been waiting for. As the opening chords of Poison fill the room the last of my cool disappears and as Alice, in top hat and tails, conducts the crowd and the band with his cane it’s everything I’ve been waiting for since 1989.

Halo of Flies follows, ended by a drum solo from Glen Sobel and that’s really the last point in the show that features any shred of sanity. From this point on it’s full on bonkers. Feed My Frankenstein sees a giant monster lumbering around the stage, chasing Nita and causing havoc. A huge machine is dragged on stage which Alice proceeds to get strapped into and thoroughly electrocuted, pyro and smoke everywhere. Then Cold Ethyl sees a life-size rag doll being pulled out of the toy box. Alice drags her across the floor in a macabre tango before throwing her away and kicking her. She comes alive during Only Women Bleed in the form of Alice’s wife Sheryl, reprising her role of Nurse, which has in recent years been played by their daughter Calico.  Alice kills her, only to be terrified by deafening sirens. 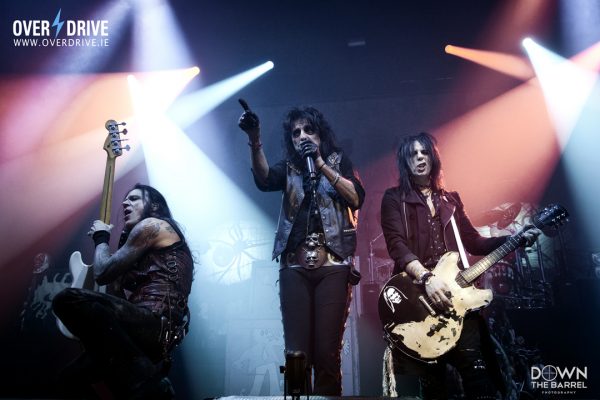 During Paranoiac Personality, Nurse appears with a giant syringe and two henchmen who wrestle the demented Alice into a straitjacket. It’s the perfect cue for one of his most famous lyrics. “I’ve got to get out of here,” he whispers.  “I’ve got to get out of here.”  The Ballad of  Dwight Fry is absolutely iconic and this performance is nothing less than that as the famous guillotine is brought on stage and Alice is reluctantly pushed into place.

From my position slightly above the stage in a box, I can see everything and I swear I saw that man’s head topple from his body. It’s a very well performed trick that has the crowd baying for more. Unfortunately, the show is coming to its end. Not surprising since the main man has just been decapitated. But wait! Here he is, in bloodstained shirt and carrying his own severed head, alive after all. The show ends with Killer, which segues into I Love the Dead, followed by I’m Eighteen and a mass singalong to School’s Out, featuring massive confetti filled balloons thrown into the crowd, enthusiastically burst with a sword by Alice when they come anywhere near him. 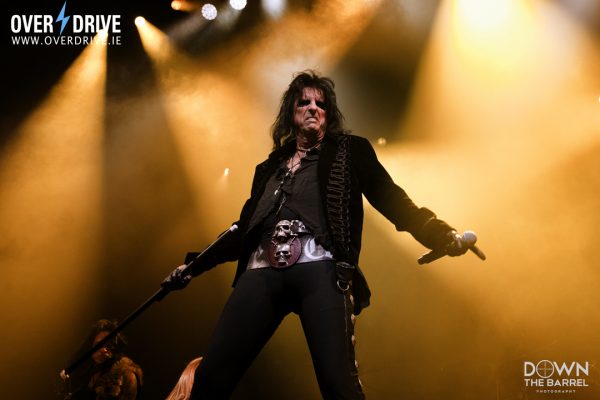 Alice and his band take their bows as huge streamers fill the theatre. It’s going to take a little while to completely take in the madness and genius of what I witnessed tonight but I can absolutely say with no doubt that ten-year-old me from 1989 would have been quite delighted. 5/5

Photo – Down The Barrel Photography © 2017 exclusively for Overdrive.