The All Ireland Metal Project aka ‘Aiséirí’ have released the first of their triple catalog today via the project’s official Bandcamp page. Find out more below…

Featuring an array of talent from the Underground Irish/Alternative/Metal scene, ‘Aiséirí’ will be donating all sales of the debut album to Barnardos Charity.

It’s been months in the making but today the official charity release of  Aiséirí’s first studio compilation album is finally available for purchase via the project’s official Bandcamp page.

Comprising of three individual albums, ‘Aiséirí features over one hundred and twenty musicians from the flourishing Irish underground Alternative/Metal scene.

Earlier this week saw the release of the first single, ‘Owia Monagatari’, a track based on an old Japanese Ghost story. Listen below:

Two more albums are due for release next year with plans for individual singles from each LP, that can be purchased via the official Bandcamp page [click here].

All funds from the album will be donated to Barnardos charity for children. Speaking of the project, team leader, Darragh O’Connor [Horrenda] commented:

Everyone coming together and working to make these three albums, really, is unlike anything that has been before in Ireland and has changed what a lot of folks thought could be done. Even after a pandemic that wiped the scene out, we came back and made three amazing albums.

What is cool too is that we’ve raised some serious money for Barnardos via direct donations and pre-orders. I am excited to see how much money we raise for the charity.

The fact that took something so bad as Covid-19 and spun it around to help the scene, and also directly improve children’s lives is truly amazing. If nothing else, that’s enough for me. The fact the album is kick-ass is a bonus.

The tracklisting for the first album is as follows:

As well as the album, a range of official merchandise is also available via the project’s official Bandcamp page [see below].

Please remember that all proceeds from Aiséirí will be donated to Barnardos Children’s Charity in Ireland. So, as you can imagine, every penny counts.

For more information on The All Ireland Metal Project, please choose your prefered link here. 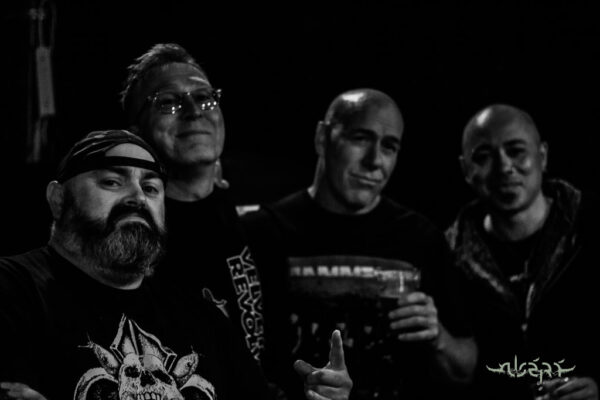