Featuring a host of musicians from across the Irish Metal scene, Aiséirí have released their first single this past Friday ahead of the first [of three] albums which will be available from Friday, 17th September. Details below… 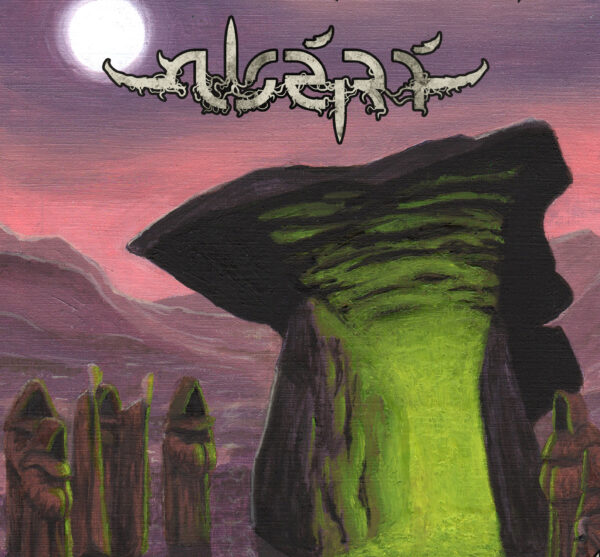 The first single from the forthcoming new album, titled ‘Owia Monagatari’ is based on a Japanese ghost story.

Team leader, Darragh O’Connor tells us about the new single as well as what we can expect from the first album this coming Friday [17th, Sep].

Check out ‘Owia Monagatari‘ below:

OD – Can you give a more detailed background as to how you came across the concept of ‘Oiwa Monogatari‘, as you’re already disclosed its origin being a Japanese Ghost story?

DARRAGH – Oiwa Monogatari is written by the one and only Lisa “Venus de Vilo” Harris it is based on a Japanese folk horror that tells the tale of a wronged wife of a Samurai who takes revenge on him and his lovers.

When she pitched me the idea she said “you have no idea what’s coming” and she was right. The song is amazing and if you have not heard it yet, go listen to it and it’ll be stuck in your head all week.

OD – Who features on the performance of this track?

OD – With regards to the album’s release this coming Friday, would you say that there is a vast difference between the tracks on the album, or is this single a good indication of what to expect?

DARRAGH – The tracks we have dropped so far show the array of talent within the Irish scene and hint at what folks can expect. That said, every track is a powerhouse, and we have a lot of surprises coming on Friday. Go buy the album; you will not be disappointed and the money will go to an amazing cause. It is a win-win.

OD – From your perspective, what has it been like to work on the overall project?

DARRAGH – The project has been at times stressful but it’s been amazing. I never expected the scope of this project to become what it is but we did it.

Everyone coming together and working to make these three albums really is unlike anything that has been before in Ireland and has changed what a lot of folks thought could be done. Even after a pandemic that wiped the scene out, we came back and made three amazing albums.

What is cool too is that we’ve raised some serious money for Barnardos via direct donations and pre-orders. I am excited to see how much we can get when the album goes on general sale.

The fact that took something so bad as Covid-19 and spun it around to help the scene, and also directly improve children’s lives is truly amazing. If nothing else, that’s enough for me. The fact the album is kick-ass is a bonus.

OD – When did you first get the idea to do this project?

DARRAGH – I grew up with Roadrunner United, as did a lot of us it turns out, so I always wanted to see what that would be like in a local setting so that’s always been there. But I like working with people, my band Horrenda [see pic below] has done this from day one, and I enjoy side projects. We’re musicians and working with other musicians makes you better. You always learn something new, find a different way to do something, or grow as a person. 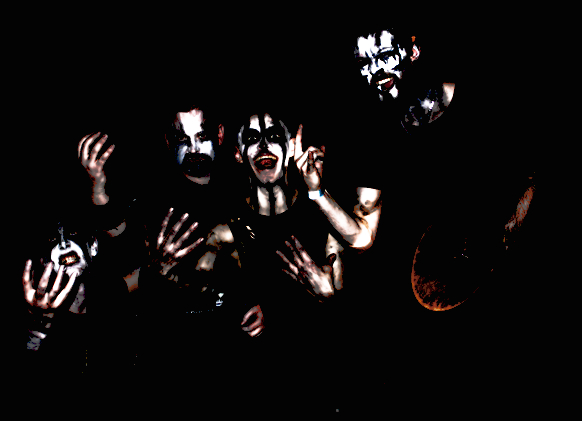 Ireland has the best scene that doesn’t always get to hang out or work together, so the real challenge was how to overcome that in a pandemic. So, when I figured out how to actually do this, I needed to give it one last “now or never ” try to make it happen. The legacy of Roadrunner United is that they showed this was possible. We just proved that it can be done on a country-wide scale.

OD – With regards to the Irish Metal scene, do you feel that there is not enough support, and if so, what would you like to see change?

DARRAGH – We’re almost always overlooked by the mainstream, and that’s fine, it’s metal. I do get that. However, we have always shown that we exist and thrive despite that. We support ourselves and that’s the way it is.

That being said, we’ve actively tried to fix gatekeeping and potentially toxic “knocking” at the root. Lisa even said to me last week on our Nerd To Know Basis Podcast [play episode here] something she said on Carl King’s King Woes Court Podcast, “I never felt like I was able to fully get involved in the metal scene…I really never thought a lead single would be given to a woman, never mind a spooky woman singing about spooky things…And it was just because I didn’t meet the right people.”

Making things better is not being negative i.e. “knocking“, mocking or complaining about x, y, or z that you don’t personally like on the internet. Or excluding x,y, or z for some BS reason. It’s about getting up and doing something to ensure there is a scene in five, ten, twenty years.

It’s creating something: a band, an album, a blog, a website, a podcast, something positive. The more folks out there involved making stuff there, the more choice and talent there is, and actively encouraging that talent is how we get better and how things improve.

The All Ireland Metal Project is infused with that spirit of change; finding people in bands, not in bands whatever, and then making music. Supporting those in bands, new bands, solo artists to get their art out to as many folks as possible.

While having a network of people to help out on tracks, work together and do projects like this. This not only helps us but provides much-needed funds to charity. A rising tide raises all boats and that is the goal. Nothing else matters. We’re trying to be the change that we want in our scene. I hope the mainstream catches up someday with what we’re doing because it’s deadly!

OD – Looking at the next two albums from the project, can you give us some indication as to when they are due for release?

DARRAGH – Album two should be out in very early December 2021. And then album three should be out in March/April 2022. The documentary is also in development, please keep an eye on our social media for updates on that.

Aiséirí will release the first of three albums this coming Friday, September 17th. Please visit this link for more information.

To contribute to Barnardos, please use this link.