Heavy metal Vikings AMON AMARTH have shared a message with fans online, inviting them to visit an official tattoo pop-up studio before each UK headline show, to get inked with a range of AMON AMARTH tattoos in conjunction with Old Sarum Tattoo. 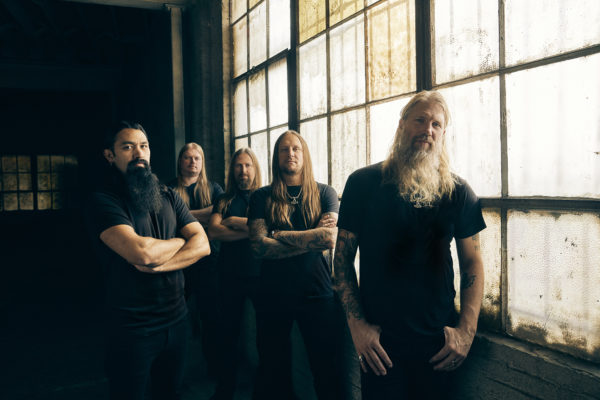 “UK Berserkers! Prepare for the feasting halls before the show. For the first time on UK soil we are bringing the official Amon Amarth Tattoo Shop!

Sacrifice your skin with an invasion tattoo, bring your clan and drinking horns to toast the gods. All feasting halls open at 12 noon, your place in Valhalla awaits!

All tattoos can be done in black & grey or colour, and any enquiries should be directed to Old Sarum Tattoo (www.oldsarumtattoo.co.uk).”

Some of the designs can be seen below.

The tour dates, with special guests Arch Enemy and Hypocrisy, are as follows:

Tickets and VIP bundles for all shows can be purchased at www.amonamarth.com now.

Get in the mood by watching the historically accurate video to AMON AMARTH’s stomping, anthemic call to arms ‘Shield Wall‘.

The rabble-rousing clip chronicles the plight of an enemy ship come to invade a Viking village. But, as frontman Johan Hegg’s gutteral growl chants ‘Vikings, Raise The Shield Wall, Hold The Front Line, Fight Til Death‘, the fate of the enemy becomes uncertain. Who will emerge victorious from battle? Watch below;

AMON AMARTH have been steadily gaining strength over the years, culminating with stunning new album ‘Berserker‘ smashing into the top echelons of global album sales charts, earning the band some of their highest chart positions to date.

Comprising 12 monstrous heavy metal anthems that burst with melodic hooks, thrilling savagery, and spine-tingling drama, ‘Berserker‘ is the result of a huge surge of creativity and a collective desire to keep moving forward without compromise. 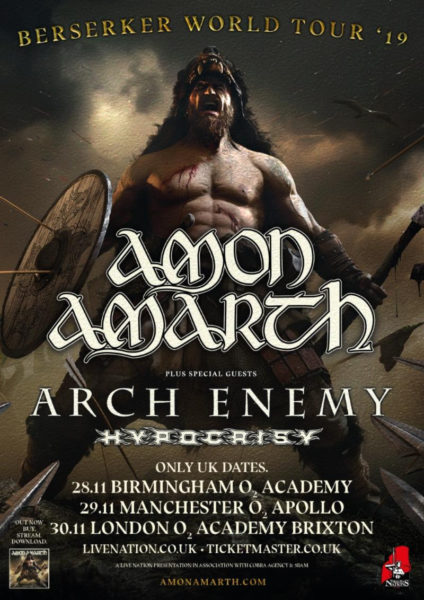