This coming June, DME Promotions will be hosting its debut outdoor event with the mighty Behemoth and Amon Amarth taking to the stage in Limerick’s King John Castle, on Tuesday, June, 17th. More details below…

Prepare for one of the most epic metal shows of the year this coming June in King John’s Castle, Limerick with a crushing line up consisting of Amon Amarth and Behemoth.

Tickets will be on sale from Thursday, 7th March, priced at €49.50 (inc booking fee) via Ticketmaster outlets nationwide and online.

About the venue location:

King John’s Castle (Irish: Caisleán Luimnigh) is a 13th-century castle located on King’s Island in Limerick, Ireland, next to the River Shannon. Although the site dates back to 922 when the Vikings lived on the Island, the castle itself was built on the orders of King John in 1200.

One of the best preserved Norman castles in Europe, the walls, towers and fortifications remain today and are visitor attractions.

The remains of a Viking settlement were uncovered during archaeological excavations at the site in 1900. 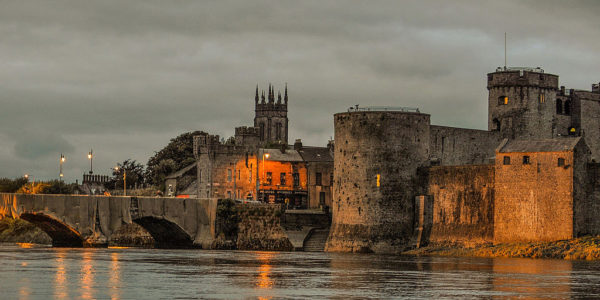 Amon Amarth are no strangers to Irish audiences. Their last spectacular show in Dublin’s Vicar Street was a masterclass in melodic death metal and as alway’ they didn’t hold off on the production.

For the last two decades and especially last years critically acclaimed live album/documentary “In Pursuit of Vikings” (see trailer below), Amon Amarth are continuing to march purposefully from triumph to greater triumph. The band will no doubt be bringing a spectacular live show with all the bells and whistles, to the West of Ireland for this historical metal event.

Having just laid waste to the Dublin’s Vicar Street venue for their biggest debut headline show on Irish soil last month, Polish Black Metal icons, Behemoth will be on the bill with a pyro-infused blitzkrieg performance, which will showcase the band’s 28-year career, that will no doubt be crushing live.

The latest album, ‘I Loved You at Your Darkest’ has been a huge success and propelled the band’s notoriety to an all-time high, attracting interest from mainstream media around the globe.

Overdrive spoke in depth to Behemoth’s Nergal about the bands latest album and his issues with the Polish government. Get that full interview here.

Amon Amarth and Behemoth will be performing for one night only at this exclusive live show in Limerick at King John’s Castle on Monday, June 17th. Doors at 6 pm. 18+.

Tickets on sale from Thursday, 7th March at 10 am, via Ticketmaster outlets nationwide priced at €49.50 (inc booking fee). 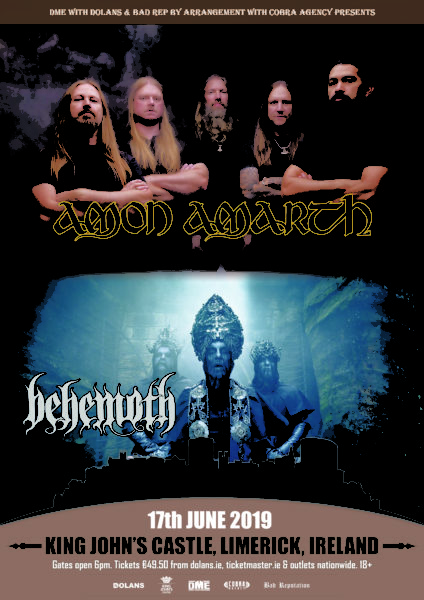