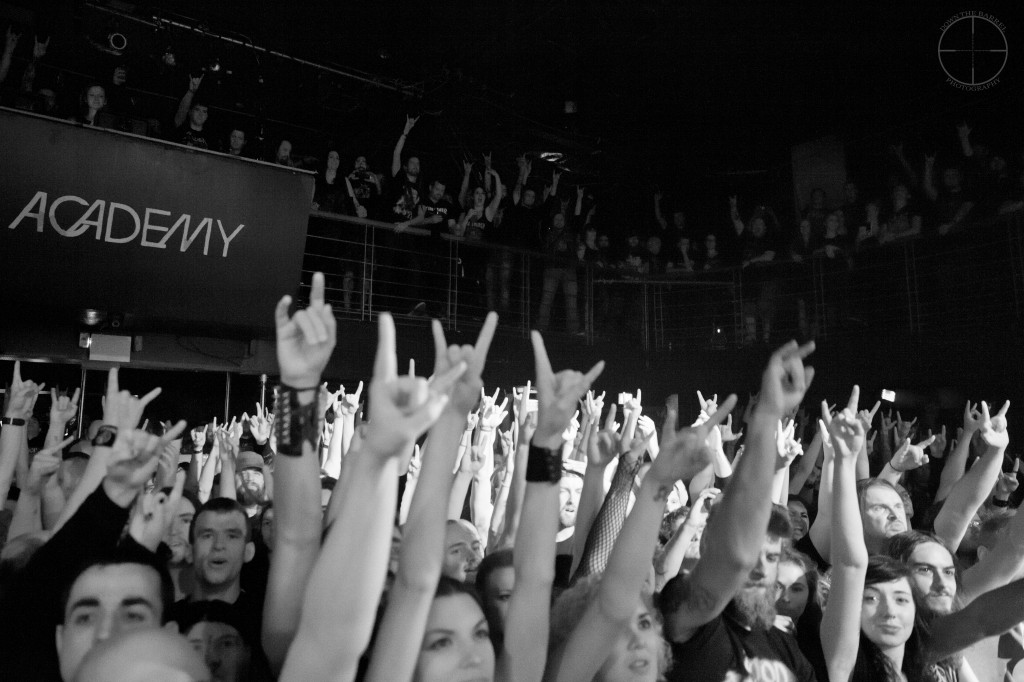 It’s been just over 7 years since I first saw Amon Amarth in Ireland and I’ve seen them pretty much every time they have visited these shores. Every time I have seen them my appreciation of them grows. This latest gig in the Academy (which is probably one of the best sounding small venues going) is no different. After watching the live stream from their Wacken appearance I was slightly apprehensive that maybe I had somehow ruined seeing them again in such a short space of time. I was proved wrong, very wrong.

To start off the night Belfast based Darkest Era opened with a string of songs from their new album “Severance” which to me is one of the best albums to come from Ireland in years. It was great to hear the songs live but as is the case with support bands the mix was slightly off. The powerful rhythms heard on the album were near impossible to hear and as such, many of the news songs seemed to be lost on the crowd. This is a shame because they are a superb band and I can’t wait to see them at their own gigs and they really got the crowed in great form.

With the evening running earlier than advertised, Amon Amarth had their stage set with two massive Rune Stones either side of the stage that lit up which excited certain members of the crowd who like flashy lights…. Opening with Father of the Wolf from latest album Deceiver of the Gods then followed by the title track from the album the crowd were instantly sent in to a frenzy. A classic from the Versus the World (Death in Fire) followed and for many of us was the highlight of the evening. A mix of the last few albums and even Victorious March from 1998’s Once sent from the Golden Hall was a nice surprise. 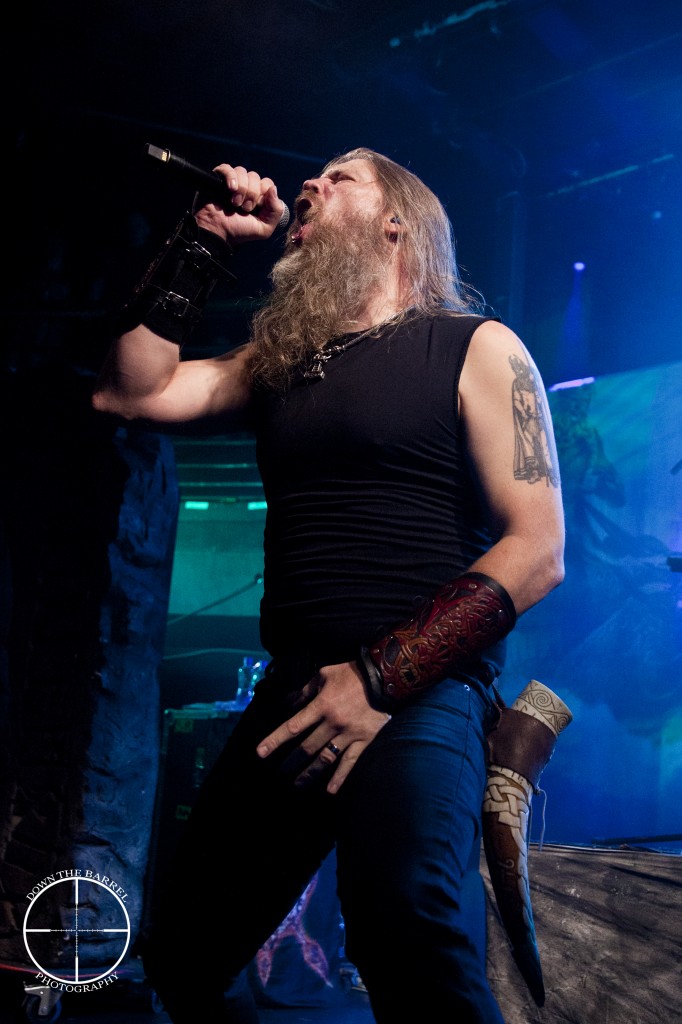 Amon Amarth has always seemed to be very aware of the adoration they receive from the fans old and new over here and thus the set-list tends to reflect that. Finishing with a crowd singalong to Pursuit of Vikings sealed off a truly superb show. Also, front man Johan Hegg has an instant comfortable repport with the crowd that means that every gig they do is special. Although they couldn’t use the pyro they used in larger gigs, the Academy turned straight into an massive band in a small venue similar to seeing Slayer or similar in such a place and that is a lot of fun to be a part of. 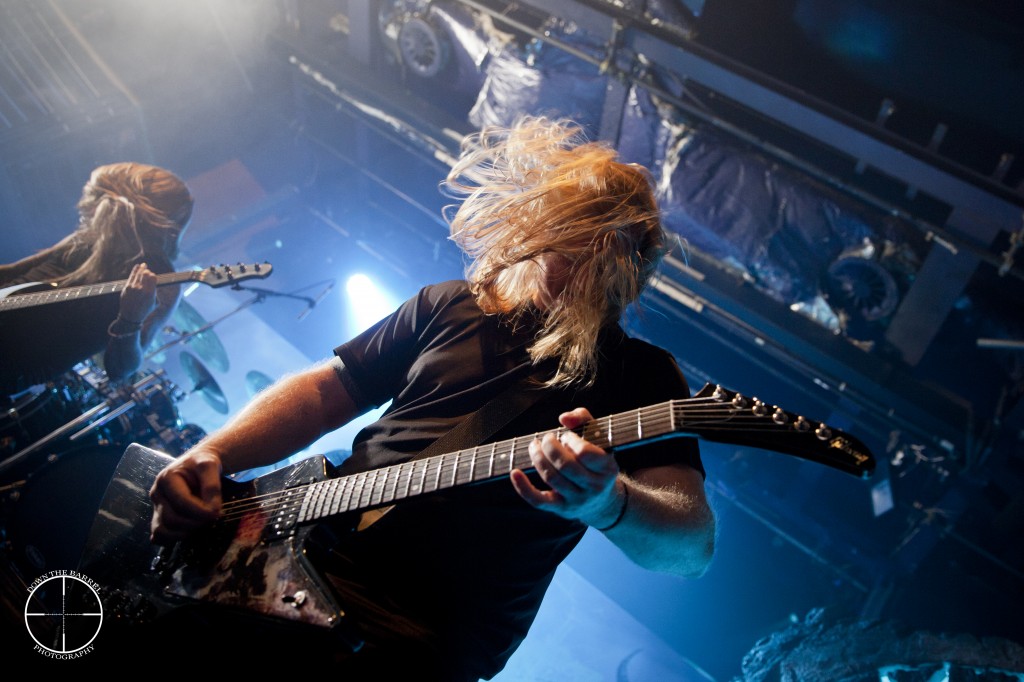 To me, Amon Amarth are becoming the Iron Maiden of death metal. They are extremely tight, supremely slick and are developing a stage show to add theatrics to a genre generally devoid of much cheer. They are for a lot of people the first or only death metal they listen to and occupy a very special place in the metal community. They are realistically one of the only bands that will be around to step up to major headliners when the old guards have to stop, seeing them get better musically and develop as artists every time I’ve seen them proves that. Already I can’t wait to see them again. 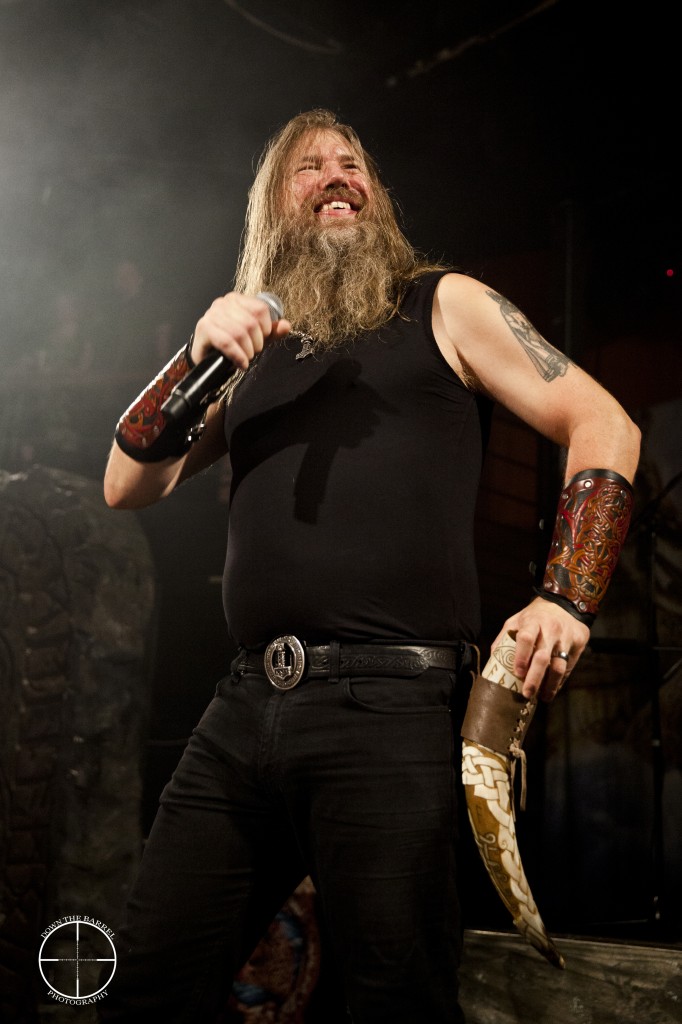