Today sees the mighty Amon Amarth drop their first new music of 2022 with ‘Put Your Back Into The Oar’ single. Watch below… 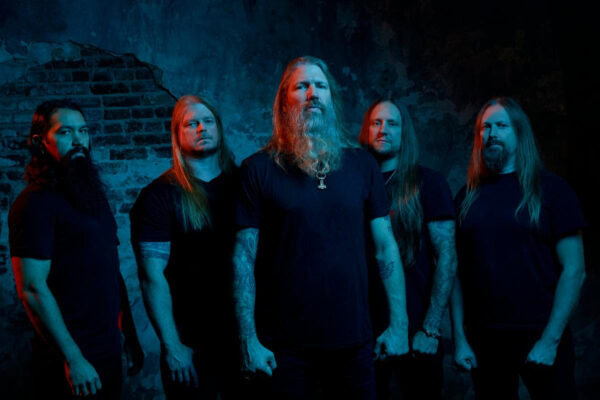 Acclaimed Viking overlords and modern masters of heavy metal, Amon Amarth have today revealed their brand new, pulverising single “Put Your Back Into The Oar”, an ode to the epic Viking row.

The standalone single was recorded & mixed in January 2021 at Fascination Street Studios in Sweden with producer Jens Bogren. Released via the band’s own label Victorious Music, the track is available on all DSPs now. Listen below.

Amon Amarth comment, “We’ve been quiet over the last 2 years, but we’ve been at home in Sweden hard at work behind the scenes. Much has been said about fans coming to our shows to have fun and doing the “epic Viking row”. Well we thought it was a good idea to write a song about it! This one is for you, the fans, wherever you are – and may Odin guide you as you row to your destiny in uncharted seas! Enjoy the song and video while we continue to work on a new album. We can’t wait to see all you heathens soon.”

Shot in England over 3 days in October 2021, the atmospheric, cinematic video was produced by Twin V and directed by Ryan MackFall at Crashburn Media.

In September/October 2022, Amon Amarth will team up with Bay Area metal icons Machine Head for the colossal co-headline ‘Vikings And Lionhearts‘ arena tour set to rampage across Europe.

Special guests will be The Halo Effect. Tickets are on sale now here. Amon Amarth will close the shows in mainland Europe, with Machine Head closing the shows in Ireland and the UK. Watch the tour trailer below:

Amon Amarth declare, “Vikings, we are called to raid again! They said it couldn’t be done, but epic measures must be taken in these turbulent times. Amon Amarth is joining forces with our long-time lion-hearted friends in the almighty Machine Head to carve a path of destruction across Europe.

Your heathen souls must witness the full display of production by both bands, for what will be the most monumental metal event of the year. Joining the plunder will be Sweden’s The Halo Effect who absolutely embody the spirit of the legendary Gothenburg sound. Stay safe, stay strong and raise your horns!” 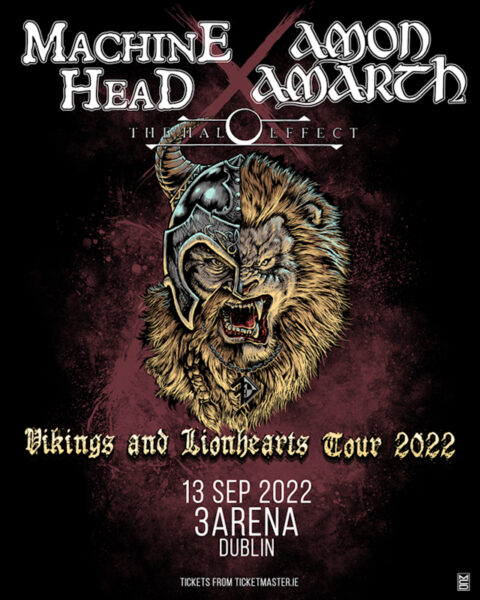