On November 16th, Amon Amarth will release their new documentary and supporting the live album,’ The Pursuit Of Vikings: 25 Years In The Eye Of The Storm’ – which includes a retrospective documentary featuring a wealth of live and behind-the-scenes content and extensive band interviews. 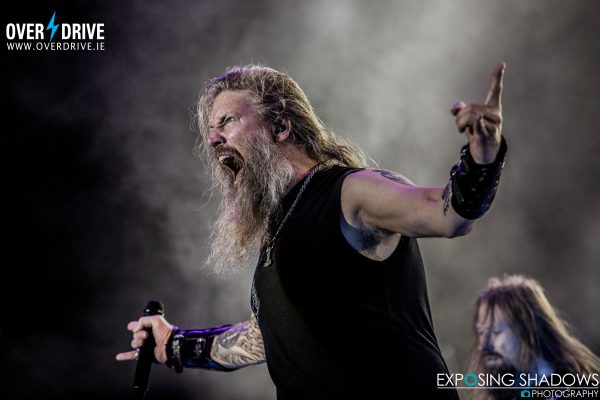 This film tells the Swedish quintet’s history, through both their own eyes and those of the fans that have supported them along the way. UK fans will spot some clips from Bloodstock 2017, when the band were one of the festival’s headliners, including interviews with festival director Vicky Hungerford and long-time attendee Tom Berry.

It is a thrilling collection that pays respect to the faithful, as well as making for a detailed and riveting introduction for those new to their inspiring story. Paired with this documentary is the live video/audio, which contains two different sets at 2017’s Summer Breeze Festival in Dinkelsbühl, Germany, capturing the unit at their very best.

Having played the German festival numerous times over the years, and loving the family vibe they have always experienced there, Amon Amarth leapt at the chance to appear twice in the same year. 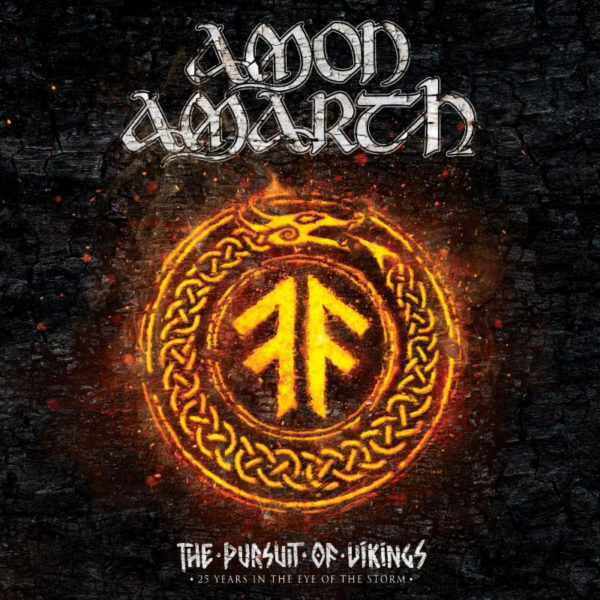 Playing a secret, smaller scale set that focused primarily on older material, and then headlining the main stage with full production – including their giant sea serpent and lots of fire – allowed them to showcase their songs at their best – though putting together setlists from such a mighty catalogue was not the easiest of tasks. “For the first night, we wanted to write a set that the fans would enjoy by wholly diving into our back catalogue but also keeping it interesting,” explains guitarist Olavi Mikkonen. “Butputting the two shows together also made us realise that we have a lot of songs to choose from!”

For the band, producer Alexander Milas, and director Phil Wallis, The Pursuit Of Vikings has been a true labour of love. “I think I first became conscious of Amon Amarth around the release of 2002’s ‘Versus the World’,” Milas states. “It was a really transitional time for metal, and it seemed there wasn’t a credible band on the heavier end of the scale that hadn’t in some way responded to or been influenced by the pioneering sounds of the Swedish death metal scene, but I distinctly remember thinking that there was something unique about these guys: the artwork, the thematic underpinnings, even that curiously timeless logo.”

While their sound certainly displays strong echoes of the nation that birthed them, Amon Amarth arguably wields a unique aura, a “lusciously crafted escapism” that Milas likens to the classic bands he grew up with: Dio, Iron Maiden, and others who exist on a spectrum of their own making.

the release will be available in multiple formats via label Music For Nations, including CD/2DVD 8-Panel Digipak, Blu-ray (which includes audio digital download of Main Stage Show), and 2LP black vinyl. Pre-order your copy here.

Watch the official trailer below;