Melancholic progressive metallers AMORPHIS are about to unleash their latest offering entitled ‘Queen Of Time’ on May 18th via Nuclear Blast.

The band have released their second album trailer this morning, in which they discuss the new album title, the musical development and lyrics, watch it below:

The band’s new album is now available for pre-order in various formats, here.

Pre-save the album via Topsify, here. 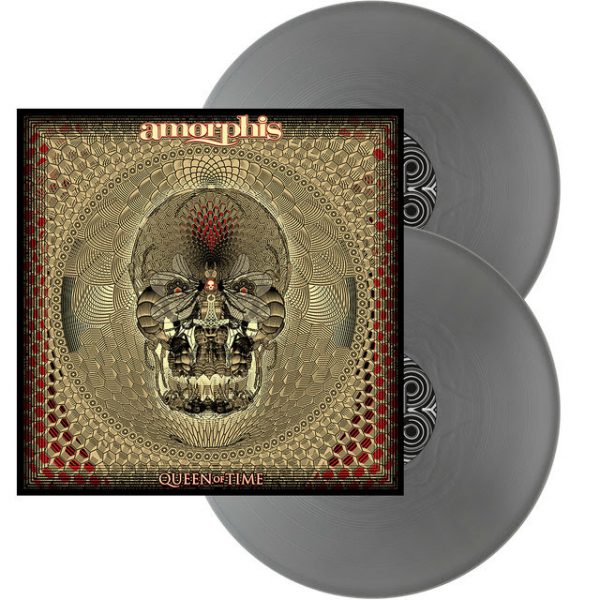 Listen to the opening track ‘The Bee’, below:

Guitarist Esa Holopainen explains the new track: “This song is a very powerful opener and gives a nice picture of what the whole album is all about. You can already hear some new elements like choirs and orchestral arrangements in it.”

With vocalist Tomi Joutsen adding: “Of course, the lyrical inspiration is a bee, also in a metaphoric way. The tiniest thing can sometimes be the most important thing. A bee can bring life or if we destroy all the bees, life will stop here. It’s a very beautiful animal, that’s why you can find it on the album cover too. The track itself is a kind of progressive and I’m sure that it will surprise some fans in a positive way. We love it!”

The album was produced by the renowned Jens Bogren (OPETH, AMON AMARTH, KREATOR). The cover artwork, which was created by French artist Jean ‘Valnoir‘ Simoulin from Metastazis, perfectly captures the feeling of the lyrics and the music.

Esa comments: “I guess Queen Of Time turned out as a massive surprise to all of us. During the rehearsing and pre-production, we didn’t have any idea that Jens had this huge picture inside of his head about the landscape of the album. It’s a very natural continuation to ‘Under The Red Cloud‘ but with steroids. The songs are more aggressive but there are more dynamics, harmonies and orchestral arrangements present. The result is AMORPHIS as something you’ve never heard before! Essentially, working with Jens worked really well. As a person he is very similar to us – we share the same kind of weird humour and we all like to work hard.”

With lyricist’s Pekka Kainulainen’s words, the lyrical theme is universal: “Cultures rise, flourish, and are destroyed. The story of man is the story of searching, finding, and forgetting. A single spark can set the world afire, a single idea can give birth to a new culture. The greatest can stagnate into insignificance, the smallest can hold the power for change. The lyrics on this album are distant echoes of ancient forest peoples, from a time when meaning was proportioned by the cosmic forces that govern birth and death. If the connection was lost, they sought for a strand of knowledge, found a new direction, and a new age began.”