The countdown to July 18th, the 40th anniversary of thrash/metal legends Anthrax is well underway and heading towards the big finale. 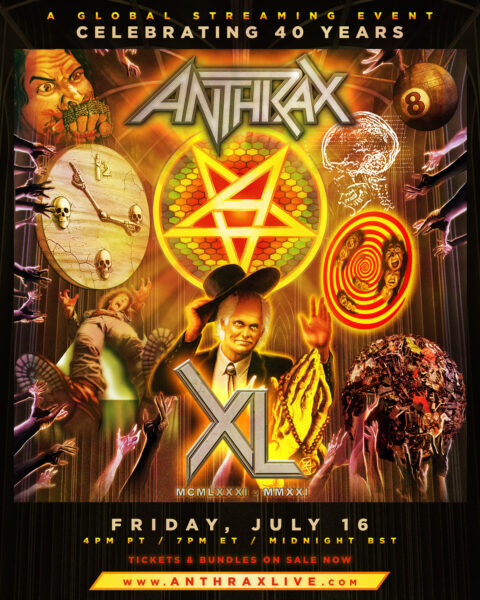 A special worldwide Livestream event, presented by Danny Wimmer Presents and originating from Los Angeles, will kick off in the UK on Saturday, July 17th starting at Midnight BST.

Livestream event tickets and special 40th-anniversary ticket bundles – one including a live video chat with the members of Anthrax – are on sale now via this link.

In addition to the Livestream and merchandise bundles, fans will be able to buy a digital ticket to relive the past 40 years with exclusive interviews, testimonials, and behind-the-scenes stories of the band’s legendary career. 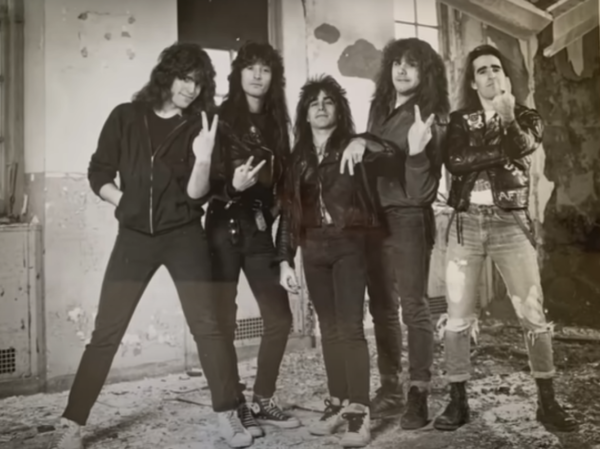 All purchasing details are accessible via this location.

The global Livestream event will remain available to fans worldwide to tune into until July 25th via video on demand. The band – Joey Belladonna/vocalist, Scott Ian/rhythm guitar, Frank Bello/bass, Charlie Benante/drums, and Jon Donais/guitar – will perform an extensive set of hits and deep cuts that will pull from the band’s entire catalogue.

The countdown began on May 3rd with the ongoing 11-week, online video docu-series presented on Anthrax’s social media accounts. Posted every Monday, Wednesday, and Friday, in the album catalogue’s chronological order, each episode focuses on a particular album, with past and present band members, fellow musicians, colleagues, and industry veterans sharing behind-the-scenes stories of their interactions. 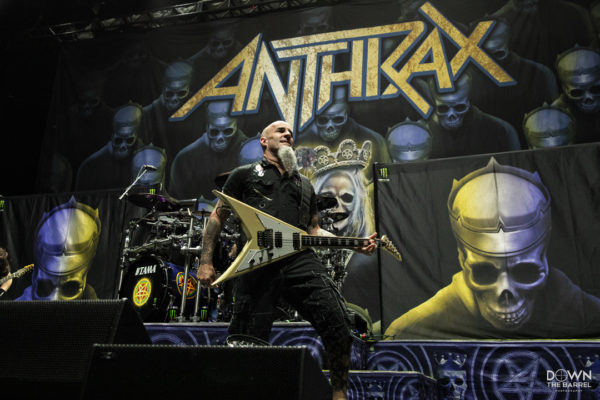 That means for 40 years, I’ve gotten to do exactly what I’ve wanted to do – and getting to do what I love and being a part of something so much bigger than myself has made the time, the unbelievable weight of 40 seems so light. It’s been an amazing story so far, and I see 40 as a milestone that absolutely should be recognised and celebrated.

Congratulations to us! I also see 40 as a stepping stone to the next chapter of Anthrax – we still have a lot to say and some killer riffs to unleash. I’m not going to say, “Here’s to 40 more” because nobody wants to see that (I’d be 97). How about, “Here’s to at least ten more, and we’ll go from there! Thank you for enabling me, my friends.”