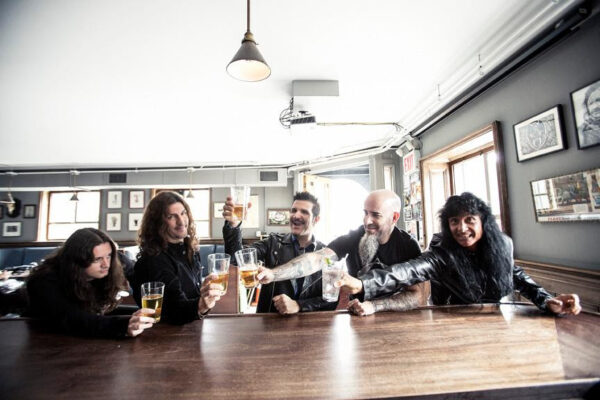 Since the first announcement of the upcoming graphic novel inspired by the titans of thrash metal’s landmark 1987 album, the project has remained one of the most anticipated releases of the year.

Today, it is announced that the Among the Living graphic novel will be released in stores everywhere on July 6th.

In an effort to support the comic book specialty market, which had been hardest hit by the COVID-19 health crisis of the past year, Anthrax and Z2 shipped a surprise limited number of copies early, that stores could make available for sale this week.

“I grew up with Marvel and DC, and they were part of my life from the time I was four or five years old,” said Anthrax’s Charlie Benante.  “My mom worked at Primrose Bakery on Tremont Avenue in New York, and when I’d go to work with her, I’d sit in the back with the bakers.  I’d read and draw the superheroes from the comics she would buy for me from this little shop just a couple of doors down.  I’ve loved everything about comic books and the neighborhood comic book stores ever since.”

The project pulls together a who’s who of names from around comics and music for a track-by-track storyline inspired by one of heavy metal’s most iconic albums, with all four members of the classic Anthrax lineup contributing. 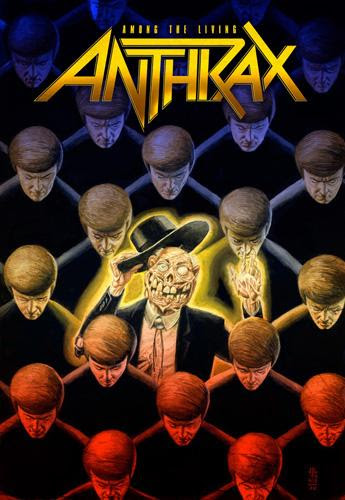 An anthology narrated by the bands’ longtime mascot, “The Not Man” newly designed by Greg Nicotero (The Walking Dead) and written by Jimmy Palmiotti (Harley Quinn, Blondie: Against the Odds) and illustrated by classic Aliens artist Nelson;  Among the Living unites bandmembers Joey Belladonna, Frank Bello, Charlie Benante, and Scott Ian, with writers, artists, and other rock legends in a tribute to their landmark 1987 album, featuring covers by JG Jones, Eric Powell, and a preorder variant from Charlie Benante.

Scott Ian contributes an original story inspired by the fan-favorite anthem “I Am the Law,” featuring the legendary comic book antihero Judge Dredd, in partnership with 2000 AD. This will make official the decades-long connection between the character and the band, rewarding comic book fans and metalheads alike, and features art by longtime Dredd artist, Chris Weston.

The full lineup can be found below:
1- Among the Living
Writer: Brian Posehn
Artist: Scott Koblish and Alladin Collar

In celebration of their 40th anniversary coming up on July 18th, 2021, Anthrax have been releasing a series of short episodes on the bands’ history with a who’s who of special guests. Check out the latest episode below:

As part of the celebration, the band have announced their very first online live stream event will be taking place on Friday, July 16th. A selection of ticket bundles are now on sale via this link.

Anthrax’s landmark 1987 album influenced an entire generation of metalheads, cementing the New York band’s place in the Big 4 of Thrash alongside Metallica, Megadeth, and Slayer.

Check with your local comic shop for the availability of the standard TPB edition, with all editions available to order directly from Z2’s website now, with Charlie Benante’s Judge Dredd variant exclusive to preorders. 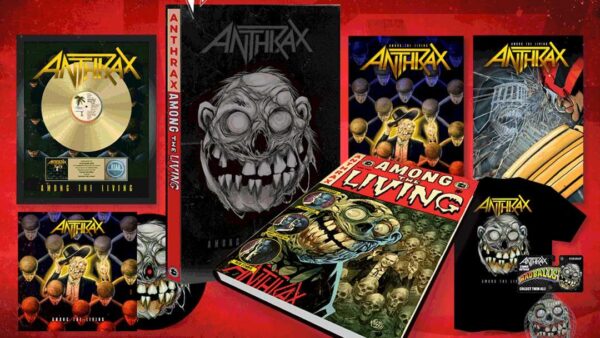