ANTHRAX | BAND RELEASE MUSIC VIDEO FOR ‘A MONSTER AT THE END’


ANTHRAX has released the official video for ‘A Monster At The End’, a song from the band’s latest album, ‘For All Kings’. Watch the brand new video below. 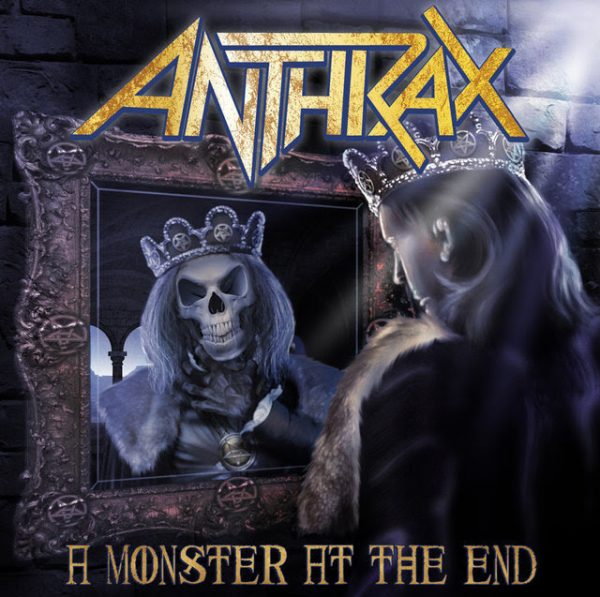 The original concept was to have four still photographers placed strategically on a Florida set while the five members of ANTHRAX performed song ‘A Monster At The End’ live. Each photographer would hold down his camera’s shutter button continuously for the near-four minute-long song, capturing a steady stream of hundreds of still images.

“Hey, it might have been a great idea,” laughed video director Jack Bennett, “but holding down the shutter button on a still camera for that long a time? All we would have ended up with were four jammed cameras!”

Shooting the entire video with Super Sharp HD video still cameras, Bennett wanted an animated, staccato-feel to the flow of the individual images. “Video shutter speeds are faster and more reliable than anything we could have done manually, and we wanted as big a pool of still images to choose from as we could get.”

In post-production, Bennett went through the footage frame by frame and hand-picked the still images he wanted to animate — hundreds of them. Rather than print the video at 24 frames per second, he animated movement of the band members using the still images, creating a jagged, crude motion. “We didn’t want fluidity, we wanted the video to have more of a comic book feel to it, like flip-book animation.”

This also allowed Bennett to hang on the band members’ individual movements to accentuate the power of their playing, such as the strength in Charlie Benante’s drum hits, or Scott Ian’s strumming or Frank Bello’s rhythm.

ANTHRAX‘s latest masterpiece For All Kings reached #4 in the Finnish charts, #5 in the German and #21 in the UK charts.

Order your copy of For All Kings here. 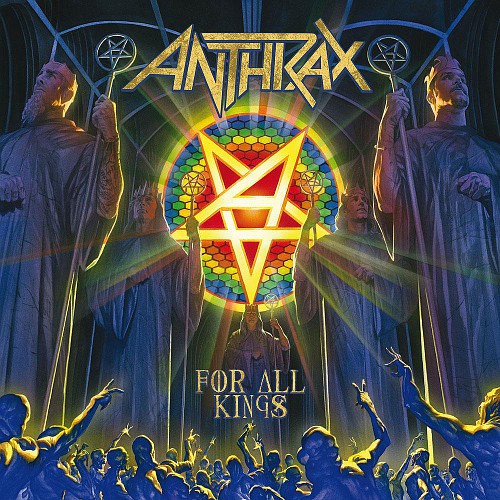 Anthrax recently finished off their run of summer dates with a spectacular performance at this years Bloodstock Open Air Festival in the UK. Overdrive was there to catch every moment of it with reviews coming very soon. In the meantime, here’s a shot of Scott Ian from that very performance, courtesy of Down The Barrel Photography © 2016 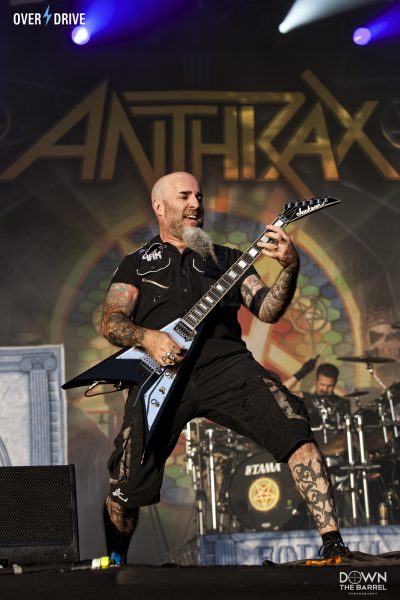