ANTHRAX will celebrate 40-years of Metal Thrashing Madness this Friday with a mammoth live stream featuring deep cuts from the bands’ back catalog. Details below… 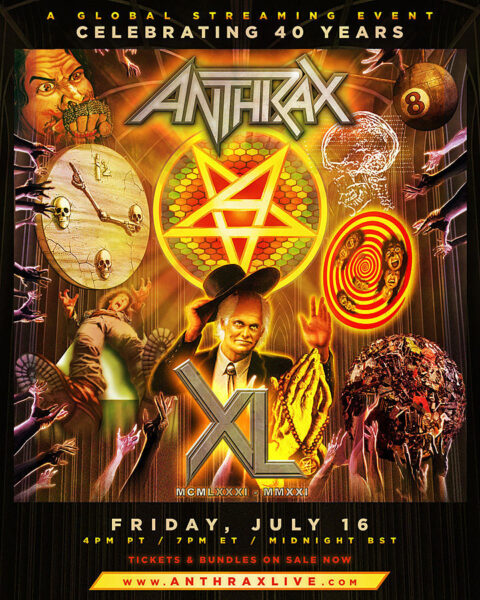 Fans will be able to catch the Livestream event on Saturday, July 17 at midnight BST. As part of the Livestream, Anthrax will play an extensive set of both hits and deep cuts spanning the group’s entire catalog.

Fans can purchase tickets for the Livestream, or bundle options that include a live video chat via this link.

In addition, there will be special 40th-anniversary artwork created for limited-edition T-shirts, commemorative tickets, and an anniversary poster [see below].

Plus, fans will be able to buy a digital ticket to relive the band’s extensive 40-year history via interviews, testimonials, and behind-the-scenes stories. 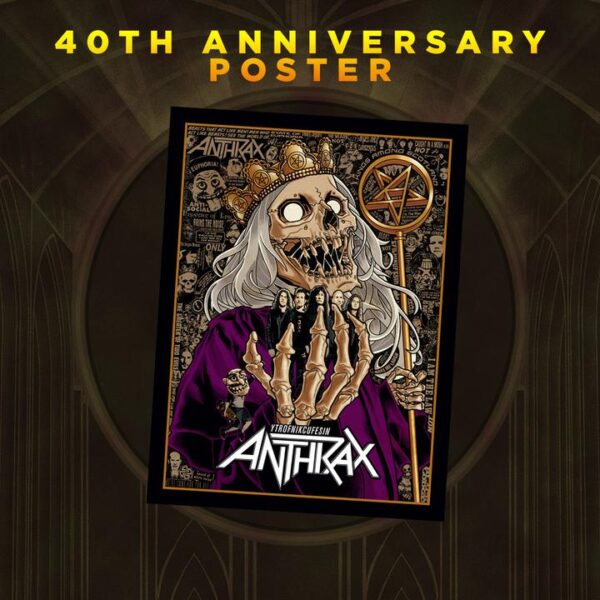 That means for 40 years, I’ve gotten to do exactly what I’ve wanted to do – and getting to do what I love and being a part of something so much bigger than myself has made the time, the unbelievable weight of 40 seems so light. It’s been an amazing story so far, and I see 40 as a milestone that absolutely should be recognized and celebrated. Congratulations to us!”