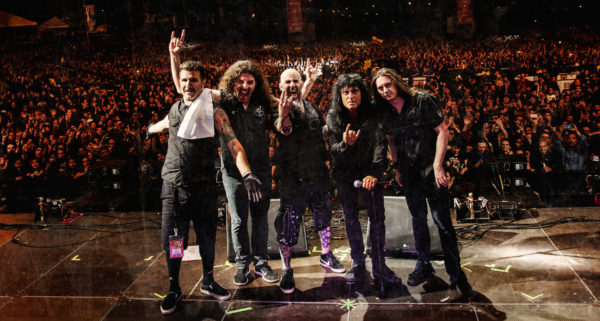 Drummer, Charlie Benante says that ANTHRAX has written six or seven songs for its next studio album.

The follow-up to 2016’s “For All Kings” will be ANTHRAX’s third full-length release since the 2010 return of singer Joey Belladonna, who came back into the fold for the “Big Four” shows with METALLICA, SLAYER and MEGADETH, in the process helping inspire a new wave of creativity.

During a recent interview with “HardDrive DL Roundtable,” Benante stated about the progress of the ANTHRAX songwriting sessions (see video below): “There is new music — there actually is. There are about six, seven songs. And it’s really good.”

Asked if ANTHRAX fans can expect to hear some of the new material soon, the drummer said: “I don’t think anybody’s thinking anything is coming out until… The first thing I wanna see come out is a vaccine [for the new coronavirus]. Then we’re gonna put a record out.”

We’ll keep you up to date as soon as we’ve more information.