ANTHRAX – DVD FILMED DURING UK ‘AMONG THE KINGS’ TOUR! WIN A CHANCE TO MEET THE BAND!


Thrash pioneers ANTHRAX, now armed with six dynamic tour dates under their belt – ‘Among The Kings’, their first UK/European headline tour in more than a decade, already earning over-the-top rave press reviews and hundreds of effusive social posts from fans who have attended the shows – will chronicle the frenzy with a live DVD expected to be released later this year (Megaforce). 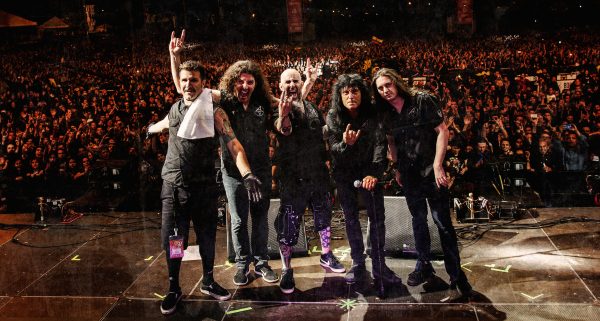 With the energy level through the roof, ANTHRAX‘s show was filmed last night (February 15th) at Glasgow’s historic venue Barrowland. Seventeen cameras, including five Go-Pros and a full-size camera crane, captured more than two hours of ANTHRAX favourites that were voted onto the evening’s set list by fans (see below) and included ‘Madhouse‘, ‘Be All, End All‘, ‘Breathing Lightning‘ and ‘A.I.R.’, followed by ANTHRAX’s classic 1987 album ‘Among The Living’ performed from start to finish (‘Caught In A Mosh‘, ‘I Am the Law‘, ‘Indians‘, ‘N.F.L.’). In addition to the live footage, the DVD will include “fly-on-the-wall” interviews and other B-roll shot on the band’s tour bus, backstage, in hotels and elsewhere. 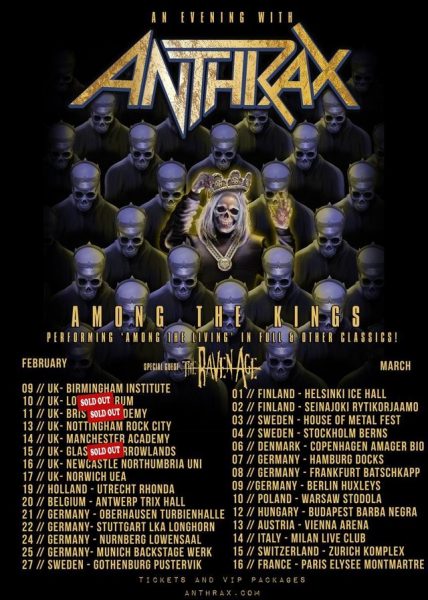 The DVD is being produced and directed by Paul Green of the Manchester, UK-based Paul Green Productions who has filmed concerts for Opeth, The Damned, Gary Numan, The Levellers, and many others.

Last year’s celebration of ANTHRAX’s 35th anniversary saw the band getting some of the best live reviews of their career, but the reception from British fans on this tour has been far beyond what anyone anticipated.

“I don’t know why it took us so long to come back to the UK and headline our own tour”, said ANTHRAX’s Joey Belladonna, “but I’m sure glad we did. These shows have been some of the best we’ve ever done, and that’s really due to the interaction with the fans, they’ve just been crazy. And that’s what we wanted to capture for this DVD.”

ANTHRAX plays their last ‘Among The Kings’ UK date tomorrow (Feb, 17th) in Norwich, and then they head on to 22 European cities winding up in Paris on March 16th.

In celebration of this unique tour, fans can win meet & greets with the band (possible in every city of the tour). To take part, they have to follow these instructions: 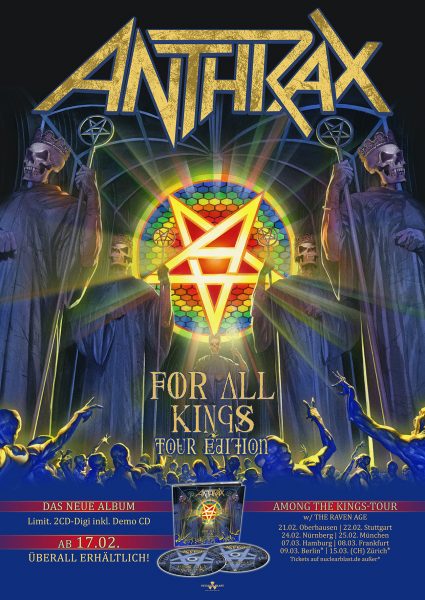 2. Take a photo of yourself with the poster in the city where the band will be playing. The photo needs to be taken at a special/creative location such as at a famous statue/rock bar/famous landmark etc. (as creative as you can think of) and email it to meetanthrax@nuclearblast.de! Good luck!

The ‘Among The Kings’ show is divided into two parts – one, ‘Among The Living’ performed live from start to finish, and then the other half will be a special set that ANTHRAX are inviting their fans to help create. Fans should go to http://anthrax.com/setlist- vote/ where the band has posted the titles of 44 of their songs from throughout their career. You can vote for up to 10 songs, and the songs that receive the most votes will make up that portion of the live show. The band plans to keep an eye on the votes over the course of the European dates so, as the most voted for songs may change, the band will alter their set lists appropriately. 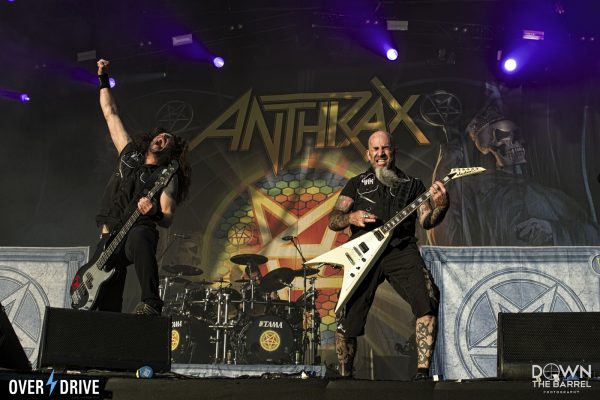 So, help create the ultimate ANTHRAX set list and VOTE! For more information on ANTHRAX, please visit this link.

‘FOR ALL KINGS‘ is out now and can be purchased via multiple formats on this link. In support of this trek, ANTHRAX will release a limited tour edition of their latest studio album ‘For All Kings’ on February 17th. As well as the regular album it will include ‘Vice Of the People‘ (previously only available in Japan) as well as a bonus disc of demo versions. 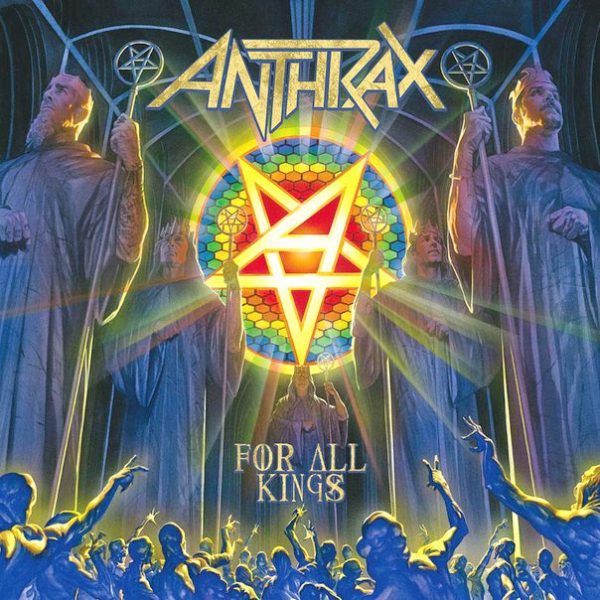