Anthrax interviewed at the Golden Gods. 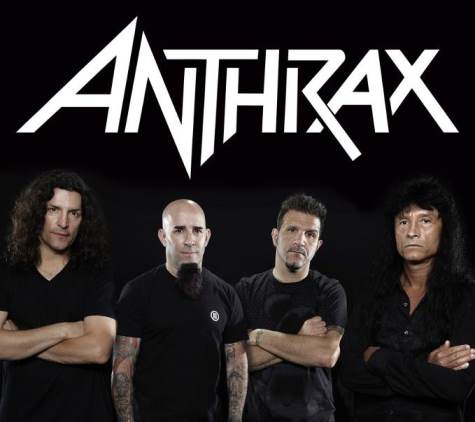 Juliya Chernetsky conducted an interview with ANTHRAX backstage at the fifth annual Revolver Golden Gods awards on May 2 at Club Nokia in downtown Los Angeles, California. You can now watch the chat below.

ANTHRAX’s May 10 concert at Teatro Caupolican in Santiago, Chile was professionally filmed for a live DVD. The show consisted of a special extended set featuring tracks from the band’s whole catalog. Check out some of the fan filmed footage from the show below.

SHADOWS FALL guitarist Jon Donais, who has been touring with ANTHRAX since Rob Caggiano’s departure in January, handled the lead-guitar parts at the Santiago show.

songs by some of the band’s favorite acts from the 1970s, sold around 8,500 copies in the United States in its first week of release to debut at position No. 52 on The Billboard 200 chart. The CD was released in North America on March 19 (MRI/Megaforce), and on March 22 in Europe (Nuclear Blast).

Scott Ian will be performing his “Speaking Words” Tour in Dublin’s Button Factory on Saturday June 8th. Tickets available from all Ticketmaster outlets.