ANTHRAX – NEW ALBUM STUDIO UPDATE. COULD IT BE THE BANDS FIRST DOUBLE ALBUM?


After smashing into the charts with their previous release ‘Worship Music’, New York’s finest are gearing up to make their return with a brand spanking new album and Overdrive can now spill the beans on what is happening in the Anthrax camp! Get it into ya! 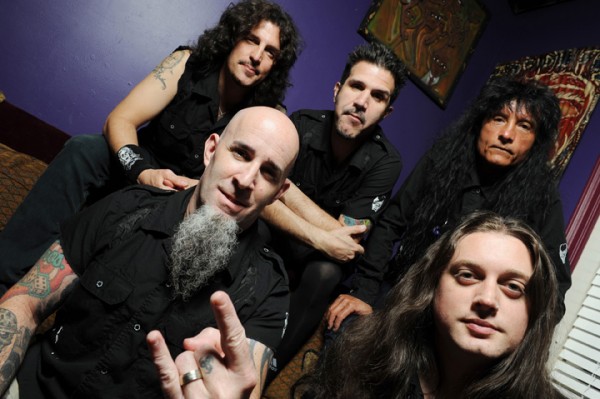 ANTHRAX, five-time Grammy nominated, platinum-selling and card-carrying-members of The Big Four, are close to completing their forthcoming album.

The band’s new offering is due for release in early 2016 but until then, the guys are keeping fans updated via a series of studio trailers. Today’s trailer features Frank Bello talking about the writing and recording process, Charlie Benante discussing the pressure of this new project and Scott Ian explaining why the band has decided to record the 18 new songs in batches, which begs the question, are Anthrax going to release a double album? 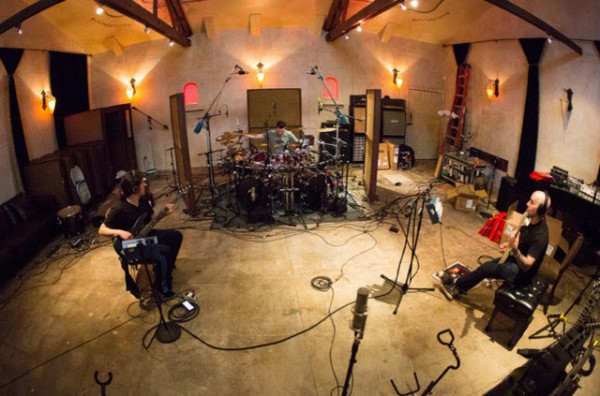 ANTHRAX’s new album follows the band’s 2011 Grammy-nominated, critically-acclaimed Worship Music, that featured the return of ‘classic era’ vocalist Joey Belladonna. It was named one of the best metal albums of 2011 by countless media outlets and provided the band with the rock’n’roll comeback story of the year. The new album is also the recording debut for guitarist and newest band member Jon Donais. 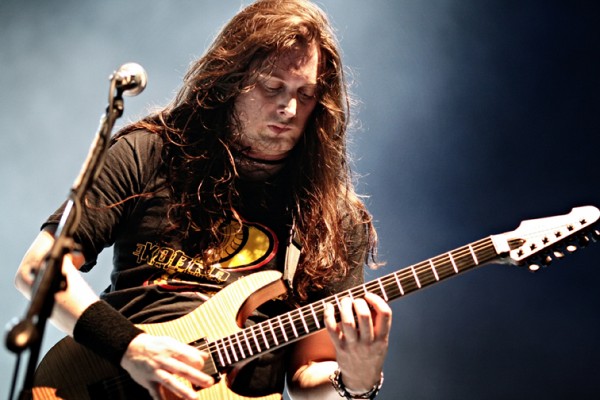 “Jon has been great”, said Scott Ian. “So far, he’s played lead on at least seven or eight of the tracks, and they all sound amazing”.

The writing process for the new album began as far back as late 2013 when Benante began exchanging suggested riffs and other musical ideas with Bello and Ian. Jay Ruston was drafted in as producer again and the formal writing sessions began last autumn, culminating with about 20 original songs – almost twice as many as the band had ever brought to the recording studio in the past!

ANTHRAX – Joey Belladonna/vocals, Frank Bello/bass, Charlie Benante/drums, guitarist Jon Donais and Scott Ian/rhythm guitar – started recording the new album in November last year. According to Benante, Worship Music started a new chapter in the band’s career and it has served as an inspiration for this new album: “Worship… was made up of a lot of different types of songs, some thrashy, some very mid-90s ANTHRAX-sounding, but this new one is really thrashy”.

Check out the exclusive footage below, that the band released today from the studio.

Bello added, “The thing about ANTHRAX… we have this heavy, thrashy music and Joey’s powerful and melodic vocals. I love heavy music, but I also love melody, so the challenge is to blend them together so they sound like ANTHRAX, and I think we’ve done a really good job of that, especially on this new record”.

“The lyrics I write tend to go along with the way the music sounds and this new music is very angry”, Ian adds. “Lots of people said that Worship Music was a return to the roots of the band…well, this record is even more so. Unlike »Worship Music,« we wrote this new album with a line-up, with Joey in the band, and that has made all the difference in the world. Joey being a part of the band again, going on five years already, it definitely feels like a unit. Everything that was great about him on ‘Worship’ is there even more on this new record.”

“I know that there are a lot of expectations out there for this new album”, Bello admits, “but that doesn’t really affect us because we write the way we write. We’re all from New York, so we love a challenge, and while I’m happy to have people say that ANTHRAX is back and that ‘Worship Music’ was the best album of our career, we raised the bar on this one, I think we have the goods with the new songs, and I’m proud to say that. At the end of the day, all you can do is have it come from the heart, do your best, and hope that people like it. That’s what we did with ‘Worship Music’ and look what happened”.

Anthrax are special guests on the forthcoming UK Slayer tour in November, with support from noisy Norwegians, Kvelertak, click on the graphic below to purchase tickets. 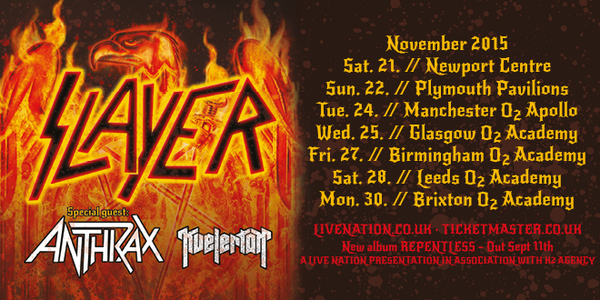