ANTHRAX TO PLAY “AMONG THE LIVING” IN IT’S ENTIRITY FOR DUBLIN SHOW!


It you were not happy enough with the news that the mighty Anthrax will be taking to the stage in Dublin’s Academy on July 2nd, then this will change your mind! 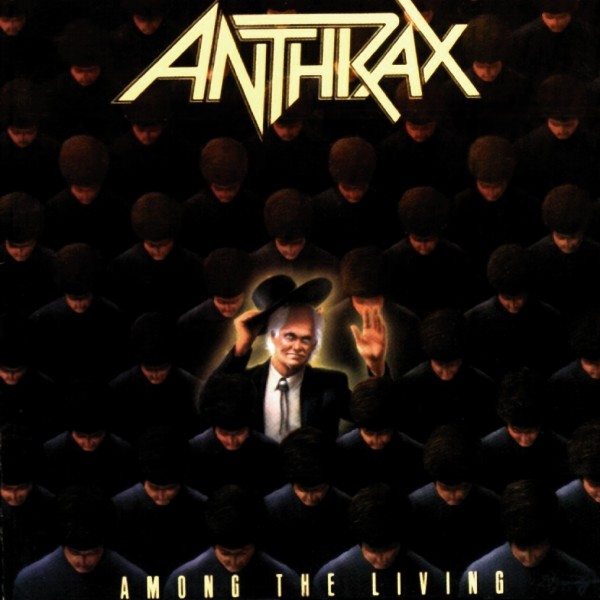 Over the past 30 years, Anthrax has achieved sales in excess of 10-million. The band has also received multiple Gold and Platinum albums, multiple Grammy nominations, and a host of other accolades from the media, industry and fans.

“There was no way I was going to let anything derail my life’s work,” says Scott Ian. “We’ve been through more drama than most bands experience in a lifetime. Granted, we didn’t have to deal with somebody dying or some tragic situation but at the same time we really did face an uncertain future.

Refusing to accept their predicament, the remaining members rallied themselves in a spine-tingling gesture of conviction and self-belief for what would become the single greatest metal event of the 21st century, the first-ever performance of The Big 4. According to Charlie Benante, getting the band’s proverbial excrement together for that gig was just the motivation that Anthrax needed to spit out the blood and get back on their feet.

Worship Music, released in 2011 was Co-produced by Rob Caggiano and Jay Ruston (both Grammy-nominated producers), the album takes its name from one of Charlie’s late-night bouts of insomnia where, while flipping through TV channels he stumbled upon a religious-themed infomercial entitled “Worship Music.” A fitting sentiment for an undeniable masterwork of skewering melodies powered by herculean riffage and a tunefulness that bespeaks Anthrax’s utter supremacy as songwriters. From the haunting, ethereal tones of “Worship” – an atmospheric piece composed by Charlie himself – to the punch-in-the-face assault of opening track “Earth On Hell,” the results are positively badass. But that isn’t to say Worship Music is without its deeper subtexts.

“It’s just an epic piece of music,” adds Scott. “Of course in the back of my mind I was thinking, ‘if somehow I could get this in the lyrics without it being completely cornball, that song would just lend itself to expressing the feelings and emotions about how we felt about what those guys meant to us — Did we ever tell you how much we loved you tearing my head off tearing my face off ripping my heart out.” I meant that in a good way. The first time I ever heard Ronnie James Dio, my world was fucked forever.” 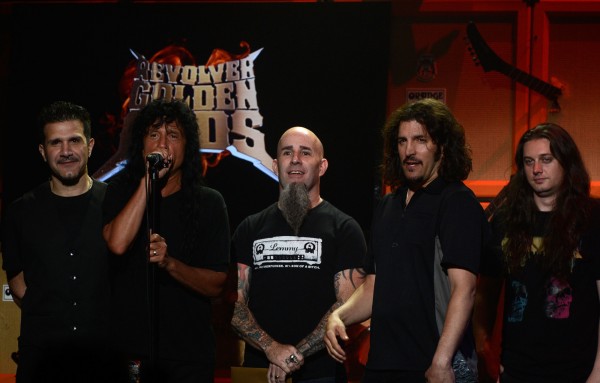 “We wrote it right at the time the announcement came that they were retiring,” says Scott. “I just got so bummed out about it, almost the same way I felt with Ronnie dying or Darrell getting killed, it was a similar emotion, like: ‘is this what it’s like now, I’m just going to see my heroes go?’ It kind of depressed me. The thought of a world without Judas Priest is just weird, so I remember talking to Charlie and we agreed we should just write a song called ‘Judas Priest.’ It was such an overtly, metal song, and that in of itself is the tribute.”

Alongside the colossal crescendo of “Crawl” and the irresistible catchiness of “The Devil You Know,” Worship Music is a record of mass destruction to be released upon the world, and to the delight of fans everywhere it already began when, in July, the Anthrax.com was updated with new artwork by universally acclaimed comic artist Alex Ross and an offering of “Fight’em ‘Til You Can’t” as a free download that swept across the internet like a thrash metal hurricane.

“Basically, we made our fans wait so long so it was like ‘why make our fans pay for it?” says Charlie. “They’ve waited so long, so here’s a gift.’

“’Fight’em ‘Til You Can’t’ is about humans fighting the Cylons,” adds Scott, referring to the title’s relationship to a famous line in the recently re-imagined space epic “Battlestar Galactica.” “My take is more Zombie-oriented than Cylon oriented, but I think you could absolutely read it as Anthrax fighting until we can’t. I’m sure that was in the back of my mind. As much as I like the idea of it just being a fun-filled Zombie killing romp, that emotional thread pretty much runs through everything I’m doing lyrically, you can’t keep me down, I’m gonna do what I’m gonna do.”

Given that this year Anthrax celebrates its 30th anniversary of fighting the good fight, Scott’s sentiment is a poignant one. So how does it feel to be releasing a new record over three decades since you began?

“I truly can’t put it into any kind of context because we’re just so busy, you know? We’re sitting here with this setup of a record in the middle of playing shows with so much going on, so I guess I could say nothing is changed, things are exactly the same as when we’re working toward the next thing and that’s maybe somehow some way we’ve always been able to move forward, always looking forward and never stopping – it’s never been that way with Anthrax, even just this constant struggle to find band members who would commit to rehearsing for four nights a week and having to fire them, it was constantly moving forward until we recorded Fistful of Metal, well we’ve gotta go on tour and sell t-shirts, and we’ve gotta get rid of Neil Turbin, and then we found Joey… In 2011 my day is still filled with what’s happening with Anthrax, and I love this new record and how it represents our whole career in Anthrax. I can’t wait for people to hear it.”