It’s becoming an all-to-common site these days! Yet another Festival have had to postpone their plans for this year due to the fall out of Covid-19. Today we bring you sad news from the team behind ArcTanGent. 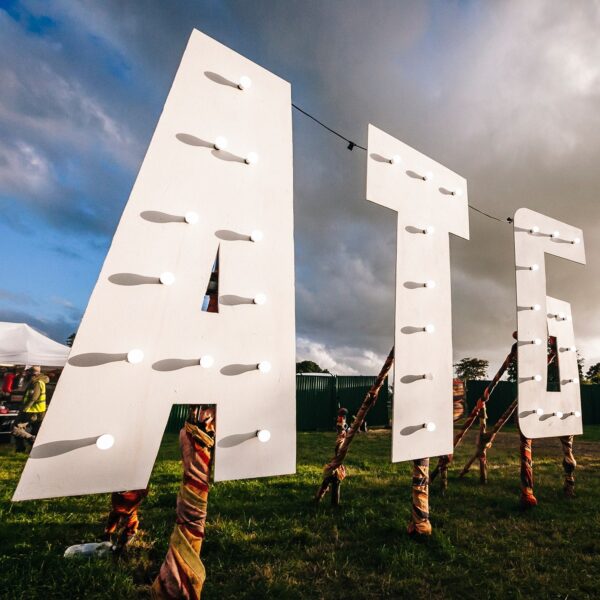 Today [May 21st] the news of the UK-based Festival being postponed was announced via an official statement via their social media.

The statement reads as follows:

“We’re gutted to have tell you that we are finally calling time on ATG 2021. We tried for as long as possible to stay optimistic but unfortunately, like so many other festivals & events who have already cancelled this year, we have had to take the incredibly tough decision to postpone ArcTanGent until August 17th-20th 2022.

We’re beyond devastated that we won’t be able to hang out with you for another year.

The good news is that all tickets are automatically valid for next year’s event and if you already have your ticket, you don’t have to do anything to reserve your place at ArcTanGent 2022. Your existing ticket is now your ticket to 2022.

The even better news is that things are already looking amazing for next year with tickets almost sold out already! What’s more, today we can officially announce that joining us in 2022 will be Opeth, Cult of Luna, TesseracT, MONO, Amenra, Maybeshewill, Alcest, Perturbator, Leprous, Enslaved, Caspian, The Locust, Agent Fresco, Oathbreaker, Intronaut, A.A.Williams, Bell Witch, Jo Quail, Svalbard, Mass of the Fermenting Dregs and Blodet.

We also have a super-exciting 3rd headliner to tell you all about real soon as well as over 100 more of the best bands playing across 4 days next August. So it’s time to get excited & stick August 17th-20th 2022 in your diaries now!

You are of course entitled to a refund, but it would be super amazing if you either rolled your ticket to 2022 OR delayed your refund request until our full lineup is finalised (sometime around February).

We’d like to think that we’ll be able to convince you to come party next year with all these amazing bands we’ve got in the ATG pipeline!

WHY POSTPONE NOW?
“Every single festival in the U.K. has been asking for months for a Government-backed insurance policy allowing us to confidently host events this year. We were hopeful that this insurance would be in place by now, but they simply keep ignoring our requests and without it a festival this year is just too risky.

This has become even more important over the last few weeks after many in the scientific community have expressed serious concerns over the new Indian variant and step 3 of the roadmap proceeding, (let alone step 4).

Although they’ve provided a similar scheme for film & TV, the Government have completely let the live music industry down by refusing to back a simple insurance policy.

It would have cost them next to nothing unless the roadmap dates get changed (or there are further restrictions in place), and it’s the single most effective thing they could have done to get festivals back up and running this summer.

Many independent festivals have already postponed because of this and we know of many other events that will shortly be announcing their postponement.

The obvious concern is that there may still be delays or changes to the COVID rules at the last minute. Without this vital COVID cancellation insurance, going ahead with this year’s event would simply be a massive financial risk.

As you may know, all events have to pay out a huge amount of money in advance in artist and production deposits a couple of months ahead of the event. If the rules & restrictions change at the last minute we would essentially lose all of that money, which would obviously jeopardise our long-term survival.

In addition to all of the above, don’t forget that ATG has an extremely international lineup of bands from Europe, America, Japan, and beyond. At this stage, there is no way we can guarantee which bands, if any, would be able to make it over this August. Not to mention the fact that a large chunk of our wonderful audience also come from overseas.

In short, there is just too much stacked against us for 2021. So instead, we’ll just have make 2022 all the more awesome & the best bit is, you’re all invited. Thanks for reading and we massively look forward to seeing you next year!”