Sydney’s ASTRODEATH bring the hammer down with a gut-ringing new single, ‘Leviathan Rising’ and if you have any self-respect for mountain-cracking riffs, then you’d better kneel before this Australian duo and funnel everything they’ve got into your ear-holes! 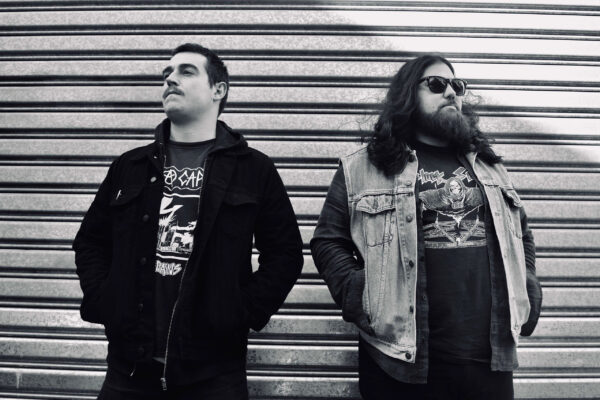 Hailing from Sydney, Australia, ASTRODEATH craft the type of concrete bangers that make you want to pound a six-pack and crush each can into your forehead, before 9 AM on a workday.

Astrodeath formed in 2018 producing “heavy-hitting, sludge-grunge” via the brainchild of Timmy Lancken (guitar and vocals) and Yoshi Hausler (drums). The bands’ press release reads: “Their self-titled debut album is a concoction of tormented vocals, heavy slabs of evil riffage and titanic drums that will slap you right across the head.”

Now, I know what you’re thinking: “These guys must have some set of bollocks to crowbar their way into the already populated Sludge genre!” but we’ve gotta admit, they pack a serious punch with regards to being as heavy as an elephant’s swollen balls and can whip up a tasty, groove-drenched rollercoaster ride into bong-swamps and hot-box desert caves, where melody and captivating arrangements are in abundance.

See for yourself via the bands’ latest single/video, ‘Leviathan Rising‘ below:

“Leviathan Rising is the first single from our second offering Vol.2 and tells the story of the primordial, biblical, fire breathing, water beast, Leviathan.”

“The album was engineered/produced by our good buddy and Master of Masters and all things audio Nick Franklin. Our first album was recorded mostly at world-class, Linear Studios. However this time around with Covid restrictions in the picture, Nick recorded Yoshi’s drums at our practice space dubbed “Shabby Roads”, which is essentially a sauna in a concrete box.”

Despite not recording to tape or through a Neve console, or having any air conditioning or filtered tap water, we think we pulled a fatter drum sound than on our previous record!  We loved recording to tape and the pressure that comes with not being able to heavily edit drum takes, so we approached this record the same way as we did the last.  No click tracks, almost no drum edits and a whole lotta wabi-sabi. The guitars and vocals were recorded at the super vibey and inspiring “Rolodex sound” In Leichhardt, Sydney.”

“The very day after finishing 7 days of tracking we filmed the video for ‘Leviathan Rising’, with Hertzfist Productions, which is essentially our mate Mitch Hertz filming us in his spare room (also sauna-like on a 40-degree day) in front of a green sheet. It’s a tongue in cheek fun Clip that Mitch has whipped up in a matter of days and we love it.”

The bands’ self-titled debut album [see below] was released in 2019 seeing them build up a solid reputation, selling out 4 consecutive nights in Sydney and generally carving out a solid reputation with supports of 1000mods (GRE), Nick Oliveri (QOTSA), Svetlanas (ITA) as well CoVid toppled runs with Kadavar, Nebula and appearances at Mojo Burning, Germanium Daze and more. 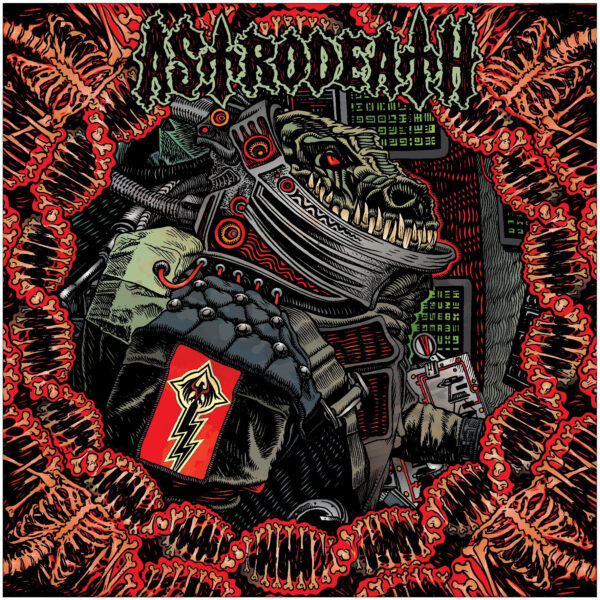 Their sophomore album ‘Vol 2‘ is set for release later this year. Commenting on the album: “The new single and Album Is bigger, heavier, more melodic and all-round just sicker while staying true to our style and vibe” says Lancken. If you dug the first Astrodeath record, we reckon you’ll love ‘Vol.2…”

For more information on Astrodeath, please visit this link. ‘Leviathan Rising‘ is out now on all good streaming platforms.

If you like this, then check out High As Hell, King Parrot, Ten Ton Slug, Two Tales of Woe, Green Lung, The Black Swamp. 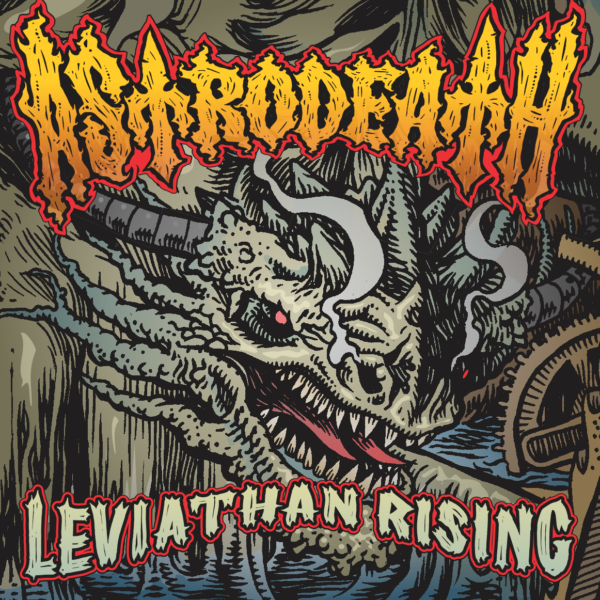