Australian rock titans, Mammal are back from the wilderness and ready to fucking destroy! Get all the details on the first London show for the Melbourne four-piece in almost 8 years, right here! 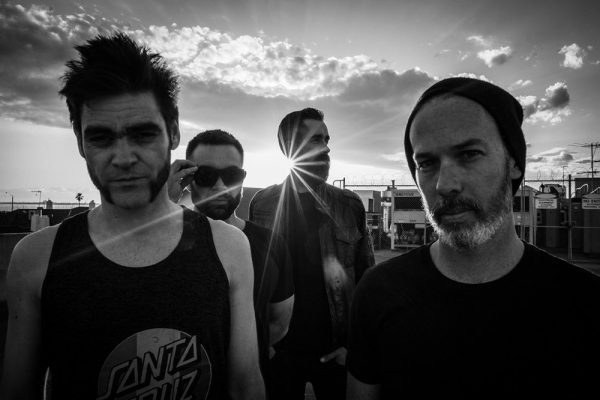 “Mammal is fucking excellent to watch; there’s no denying it. They have so much energy in their playing and performance that you cannot help but get swept away in it. These guys are building a loyal fan base and you can see why. The veritable frenzy that happened during the playing of Hell Yeah made me feel that I was watching a pack of wild animals unleashed – which is frankly what you want when you’re watching good rock’n’roll.” – Carolyn Miller, Drum Media

Mammal are the real deal. Like some scarecrow prophet, vocalist Ezekiel Ox spits out his passionate diatribe with a wild-eyed maniacal zeal, fusing rapid-fire rhetoric and soaring melody, while guitarist Pete Williamson lays down the sort of riffage that have any punter’s fist unconsciously forming the horned salute. And throughout, the lock-steady rhythm-section of bassist Nick Adams and drummer Zane Rosanoski deliver the kind of grooves you can feel in your gut.

The cult Australian four-piece have been away for far too long – it was 2008 when the single “Smash The Piñata” exploded in the UK. A precursor to the critically acclaimed album “The Majority”, an album that was backed with some fearsome live performances across Europe.

But the band has announced their first UK show in eight years for October 2018. The show will be the first taster of a forthcoming new studio album. The first track from that album is set to be released in the UK in August 2018 – “Community” has all the fierce, pent-up, energy that has seen Mammal as one of the best underground bands in the world. Don’t miss out….

Tickets are priced below and on sale Thursday 12th July 2018

Check out the video for ‘Underworld’ below;