Are you an indie-loving hipster scared of listening to something manly? Are you curious about making the jump from flower-sniffing, ironic mustache wearing, jingle-jangle ditties to music with actual testosterone? Jimmy Fallon and the Avett Brothers have you covered. 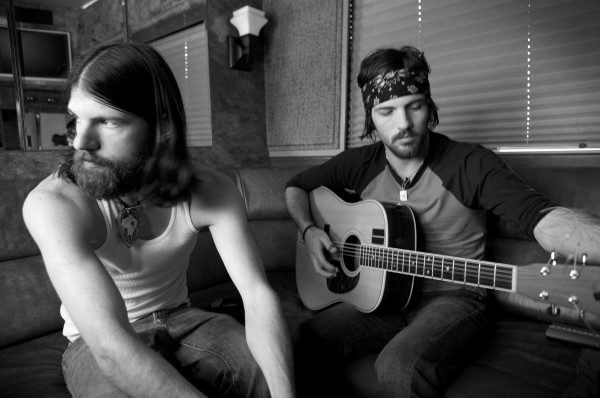 On the Sept. 30th edition of ‘Late Night with Jimmy Fallon,’ the show’s host and musical guests collaborated for a piece of indie-meets-metal hilarity. Under the moniker of Steve Joshua, Jimmy Fallon sported a truly awful wig and hazelnut brown suit while introducing the world to ‘The Avett Brothers Sing Heavy Metal’ (see below).

Selling the record like a 3AM infomercial, Fallon introduced the songs included in the fictional Avett Brothers record. The folk group took it from there, performing folky renditions of Iron Maiden‘s ‘Run to the Hills,’ Black Sabbath‘s ‘Iron Man’ and perhaps funniest of all, Metallica‘s ‘One.’ With a fiery and evil background setting the scene for the Avett Brothers, the act banjo-ed their way through the tracks with a perfect near-deadpan style. For metal fans, this sketch is a must-see, so check out the footage above.

Other bands receiving a shout-out in the skit include Judas Priest, Slayer, Morbid Angel and Megadeth, along with the fictional groups Clowns of Torment and Skull Rot.

The Avett Brothers’ eighth studio album, ‘Magpie and the Dandelion,’ is set for a Oct. 15 release.