Bad Company featuring original members Paul Rodgers, Mick Ralphs and Simon Kirke come to 3Arena with their ‘Swan Song’ tour on 14 October. Overdrive are giving away two pairs of tickets to the show and all you have to do is scroll down and follow the instructions!

Bad Company burst upon the rock’n’roll scene in 1973 and was immediately dubbed a super-group by fans and press alike, as its members all came from very successful popular bands:  Free (Rodgers and Kirke), Mott The Hoople (Ralphs) and King Crimson (Burrell). They continue to live up to that hype and are one of the strongest successful touring bands today.

“With mean riffs that took no prisoners, smoldering grooves and THE voice of all British voices, these guys brought home a special unique angle to the scene. “I’m excited to see them make their way back on the road, town to town.” – Robert Plant.

“Returning to Ireland and the UK with Bad Company where it all began 40 plus years ago is full circle for the band and the fans,” remarked Paul Rodgers.

“So looking forward to playing in Dublin for all our great Irish fans– gonna be great!” Mick Ralphs added.

“The Irish fans are special and we’re going to give them a treat…” Simon Kirke added.

Special guests Richie Sambora + Orianthi (RSO) will open the show along with Steve Rodgers or Jasmine Rodgers as the first act. 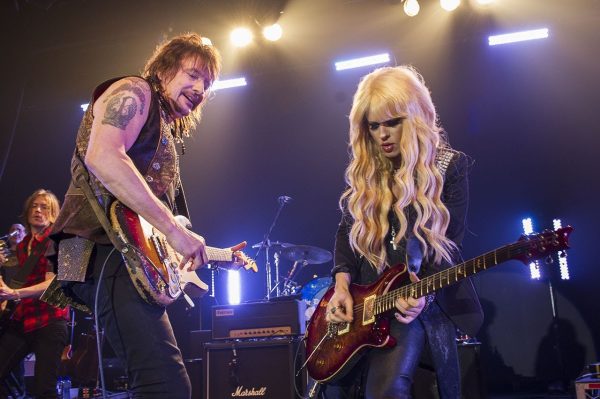 Despite their reputation as one of the most exciting live bands to ever rock an arena, Bad Company never released a live album during its meteoric rise to the top of the charts until last month. LIVE IN CONCERT 1977 & 1979 was released last month via Rhino Records and also debuted on the UK album charts.

To be in with a chance of winning two pairs (2 separate winners) of tickets for Bad Company with Richie Sambora and Orianthi in Dublin’s 3 Arena on Friday, October 14th, simply click on the graphic below to get access to our Facebook page. Just like / follow us and repost this link on your own personal social media page as a PUBLIC post!

Winners will be chosen at random on Thursday, October 13th. Good Luck!

For more details on the show, please contact MCD Productions or go to Ticketmaster, and Sound Cellar who are selling tickets priced from €59.70 (inc booking fee). 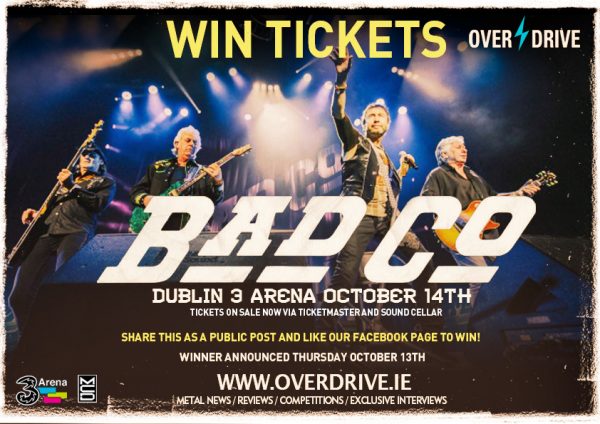