Columbus, Ohio post hardcore brutes Beartooth will be taking to the stage in Dublin’s Academy on June 18th with special guests Words That Burn. Get full details below; 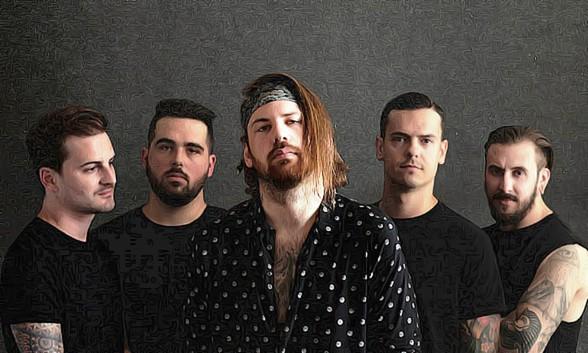 Fresh from their set at this weekend’s Download Festival UK, Beartooth will be playing an exclusive show in Dublin’s Academy on June 18th with special guests Words That Burn.

Tickets are on sale now, priced at €26 Incl. booking fee. Get your’s via this link.

Beartooth shares equal inspiration with brutal metal-core as with old-school punk like The Ramones and the bombastic theatricality of Queen. The end result is a back-to-basics hardcore stomp that would get the crowd moving at a Hatebreed or Terror show, interspersed with a steadfast determination to give equal importance to anthemic choruses.

There’s a beautiful authenticity in Beartooth’s music, which is the result of songwriter Caleb Shomo’s simple intention: to write songs for the sake of writing songs. There is nothing calculated, nothing crafted for mass appeal. It’s simply the truth of his experiences and emotions.

The new album ‘Disease’ is a painstaking, riff-driven examination of the unshakeable throes of depression. While there are moments of positivity, this isn’t the sound of triumph. This is music about survival.

“The album is a whirlwind of emotion,” Shomo explains. “Crazy highs, crazy lows, and lots of intensity. This record isn’t about winning anything. It’s about trying to even begin to learn how to deal with things. It’s hard to process just how dark you can get, what you can really put yourself through with expectations. It’s like starting from the beginning all over again. At the end of the day, it is a very dark album.”

Joining Beartooth for this show is non other than rising post metal-core crew WORDS THAT BURN who having just released their sophomore album ‘PYRES’ this week are celebrating hitting the number one slot on both the Irish iTunes mainstream charts as well as the rock and metal charts.

Check out the bands latest single ‘Riptide’ below;

Tickets for Beartooth and Words That Burn are on sale NOW via Ticketmaster. Click here for snag yours. 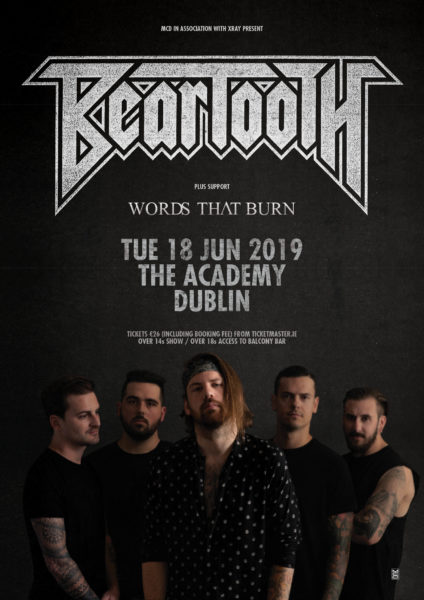