BEHIND THE ALBUM – BLACK SABBATH ‘HEAVEN AND HELL’


‘Heaven and Hell’ is the ninth studio album from the mighty Black Sabbath, released on 25th April 1980 and today, 39 years to the day of its release, we take a closer look at this classic piece of Heavy Metal history. 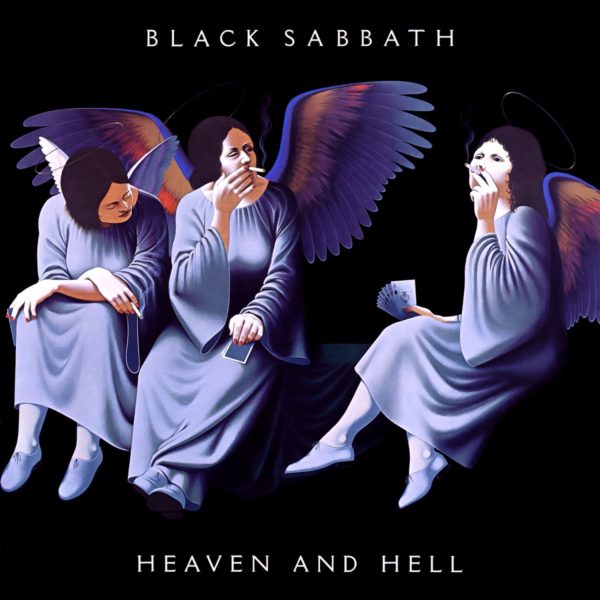 When Black Sabbath fired Ozzy Osbourne, the metal community mourned. Few, including the group’s label, could imagine the music pioneers continuing without the then infamous Ozzy.

But continue they did, and it was Sharon Osbourne who helped them back on their feet. And on April 25th, 1980, Sabbath returned with their classic Heaven and Hell album.

It is the first Black Sabbath album to feature vocalist Ronnie James Dio, who replaced  Ozzy back in 1979.

At this juncture, the band were at a crossroads in their career. The introduction of the late Ronnie James Dio on vocals gave them a richer, more lush sound, but they had to convince a sceptical public that Sabbath could prosper again. For Dio, everything about the album was vital. 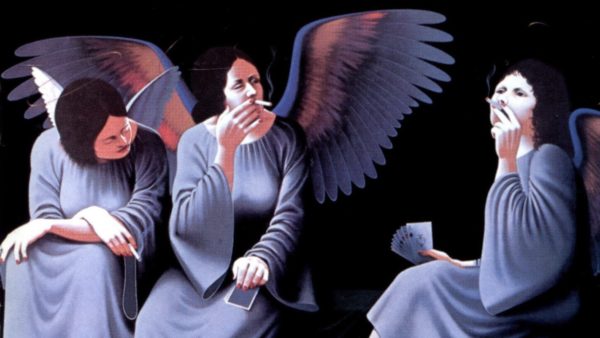 The initial catalyst behind Dio’s involvement was to work on a side project with Ronnie while Ozzy straightened himself out. Sharon Osbourne, who was then working for her manager/father Don Arden, suggested the guys work with the mysterious and vocally powerful singer from Rainbow to keep themselves busy.

When it became clear, Ozzy wasn’t going to be able to stay in Sabbath in his current state, they asked Dio if he was interested in being the band’s new vocalist and the rest, as they say, is history.

Drummer Bill Ward was in an alcoholic stupor most of the time and bassist Geezer Butler left a few days into the songwriting process to sort out some personal issues (a nasty divorce), forcing Iommi and Dio to hire drummer Vinnie Appice while bass duties were handled by former Quartz guitarist, Geoff Nicholls. 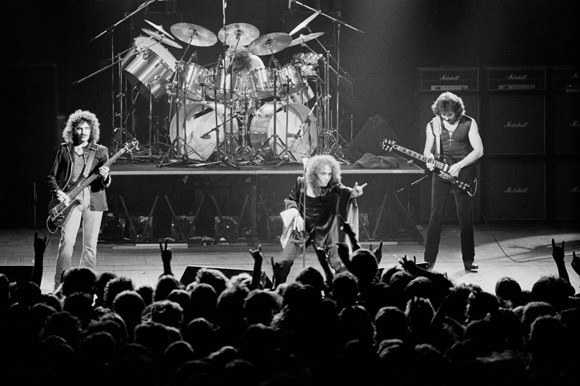 It was Nicholls, in fact, who accidentally sparked the proceedings to the next level when he recycled a distinctive, hypnotic bass line from one of his old band’s songs, “Mainline Riders” (a bass line so simple Geezer later admitted he would have never thought to play it that way) for what would become Heaven and Hell’s colossal title track. And despite briefly considering a name change to just plain Sabbath, Geezer’s eventual return and Ward’s availability duly cemented Black Sabbath’s resurrection.

Despite their enthusiasm for the songs they were writing, Black Sabbath’s label was sceptical that anyone would be interested in Sabbath without Ozzy and refused to pay for the recording. So the band amazingly funded the sessions themselves.

When it was released, Heaven and Hell climbed to No. 28 on the Billboard album chart in America and eventually went platinum. More importantly, it proved that Black Sabbath didn’t need Ozzy to remain a visceral force.

Even after Dio left in 1982, ending his first of three stints with Sabbath (the last under the name Heaven and Hell), the band worked with numerous other vocalists, including Ian Gillan, Tony Martin and Glenn Hughes before eventually getting back together with Osbourne.