The long overdue and eagerly awaited return of the mighty BEHOLDER has finally come about. Taking in exclusive shows in Limerick and Belfast, the band will be making an appearance at this years Unleashed Festival. Find out more…. 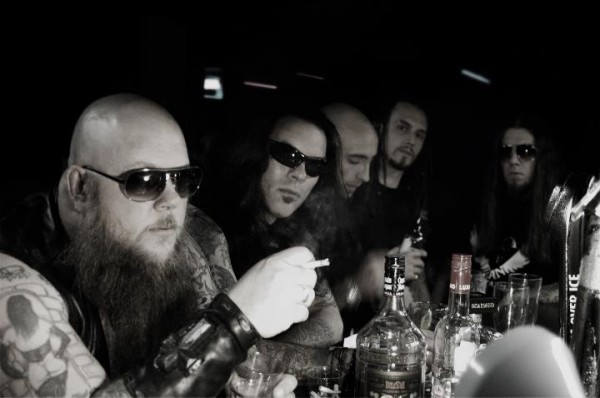 Since Beholder were last in Ireland as main support to Scar Symmetry in 2013, the UK metallers have been bludgeoning their way through the UK, Europe and Scandinavia dishing up their melodic and anthemic call to arms.

With their sound is described as “If Pantera and Nevermore had a hate child it would be Beholder!” then you get a brief idea on what the band sound is all about, yet there’s so much more to Beholder. Whether it is politicians, bureaucrats, celebrity, media, war tyrants, plastic faced hags, or just simply the idiots that rule the world – all are fair game in Beholders eyes and lyrically the songs Spit bile from the vaults of deceit and frustration. Yet in true Beholder style it’s done with a rueful smile and all washed down with good stiff drink.

Front man Simon Hall said .. “To actually bring our full show to Ireland and N.I is something that’s been in the planning for a while now and we can’t wait to lock horns with you crazy fuckers. Songs will be sung, Whiskey will be consumed and friendships will be forged.”

Catch BEHOLDER live on tour on the following dates:

Friday 25th – Dublin, The Grand Social *As part of The Unleashed Festival

For information on the Beholder Irish Tour, please check out the bands Facebook page on this link. 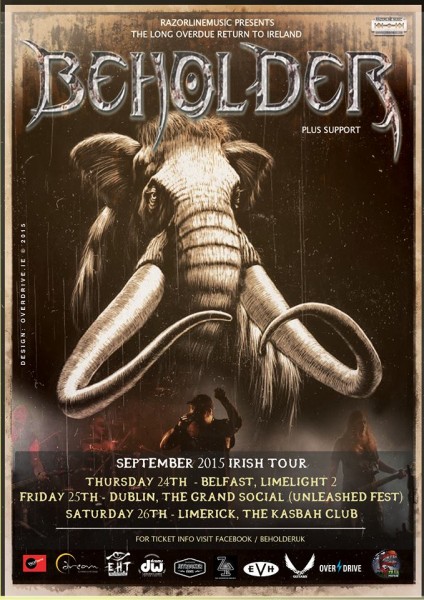 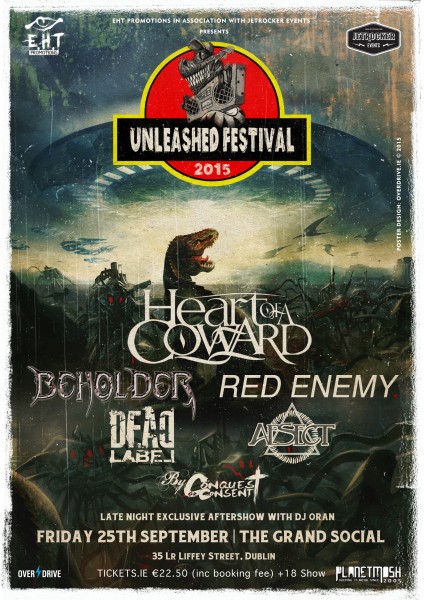