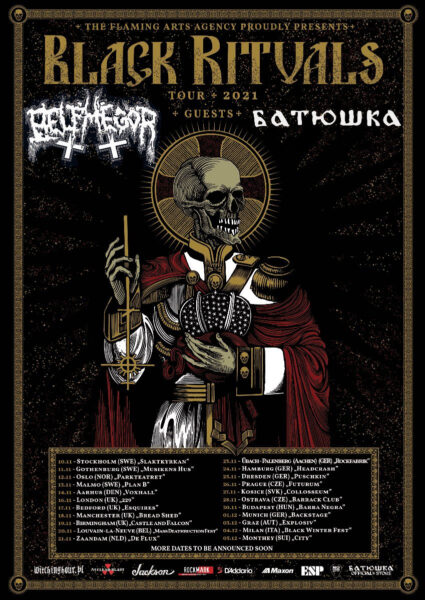 These malignant forces will combine for evenings filled with the most sinister and diabolical rituals. Tickets are on sale now!

BELPHEGOR’s as-of-yet untitled new studio album will be released early next year via Nuclear Blast Records. The band will premiere II or III tracks from the upcoming offering during this crusade. Support extreme music and spread the word!