A dark and dreary night in Dublin heralds the arrival of one of the most eagerly-awaited bands back on Irish shores. Austrian black metal heavyweights Belphegor surround the Voodoo lounge in a cloak of darkness that lasts from the first beat to the last and doesn’t let up for an instant. Shaun Martin was there for Overdrive and told us how the night went down. 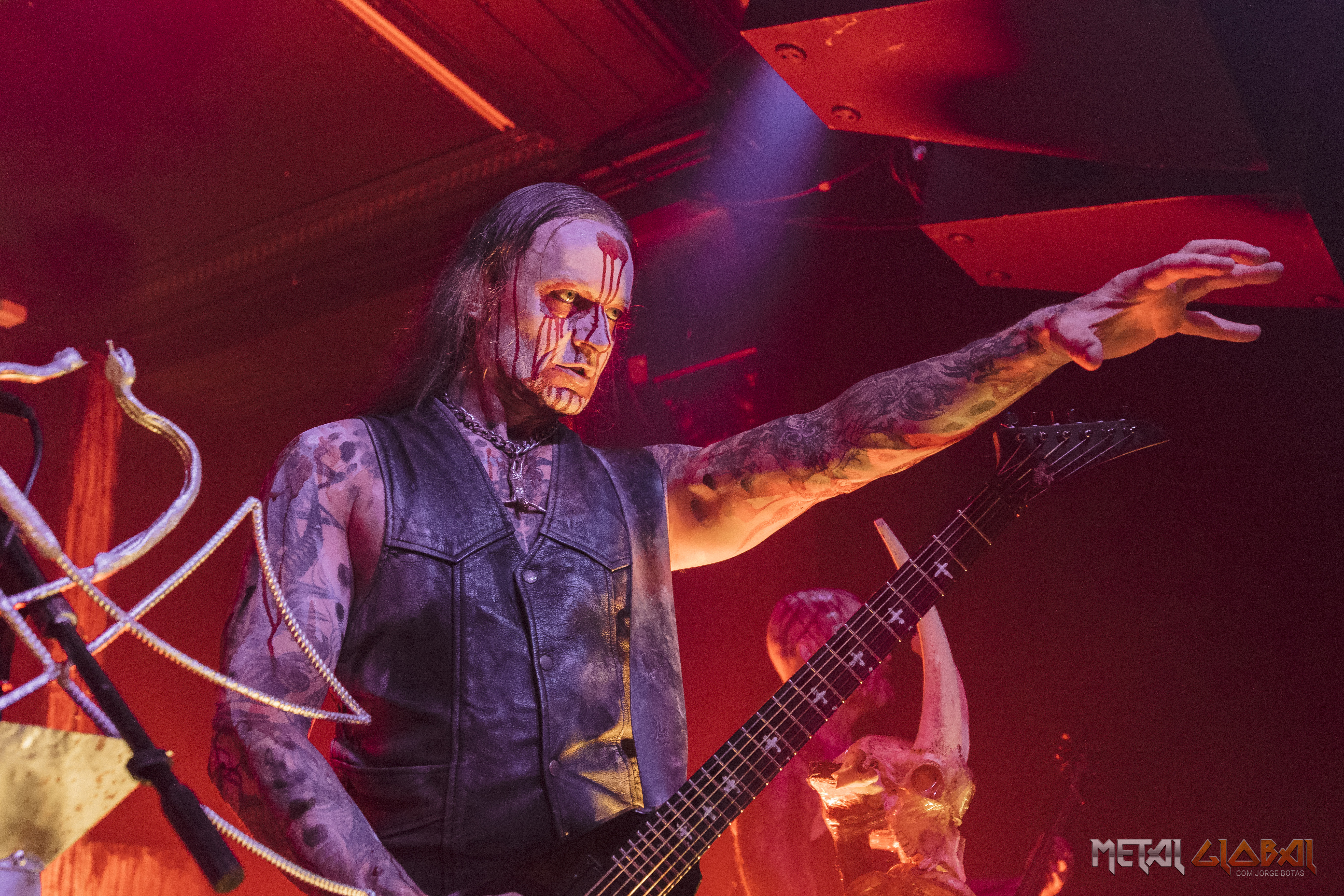 Opening up the night for us tonight were Nervochaos, an absolutely stunning death metal band from Sao Paolo, Brazil. Introducing themselves with Jerry Goldsmith’s ‘Ave Satani’ (of Richard Donner’s 1976 horror masterpiece “The Omen”), the clash begins with a massive drop on tuning and pounding drums. 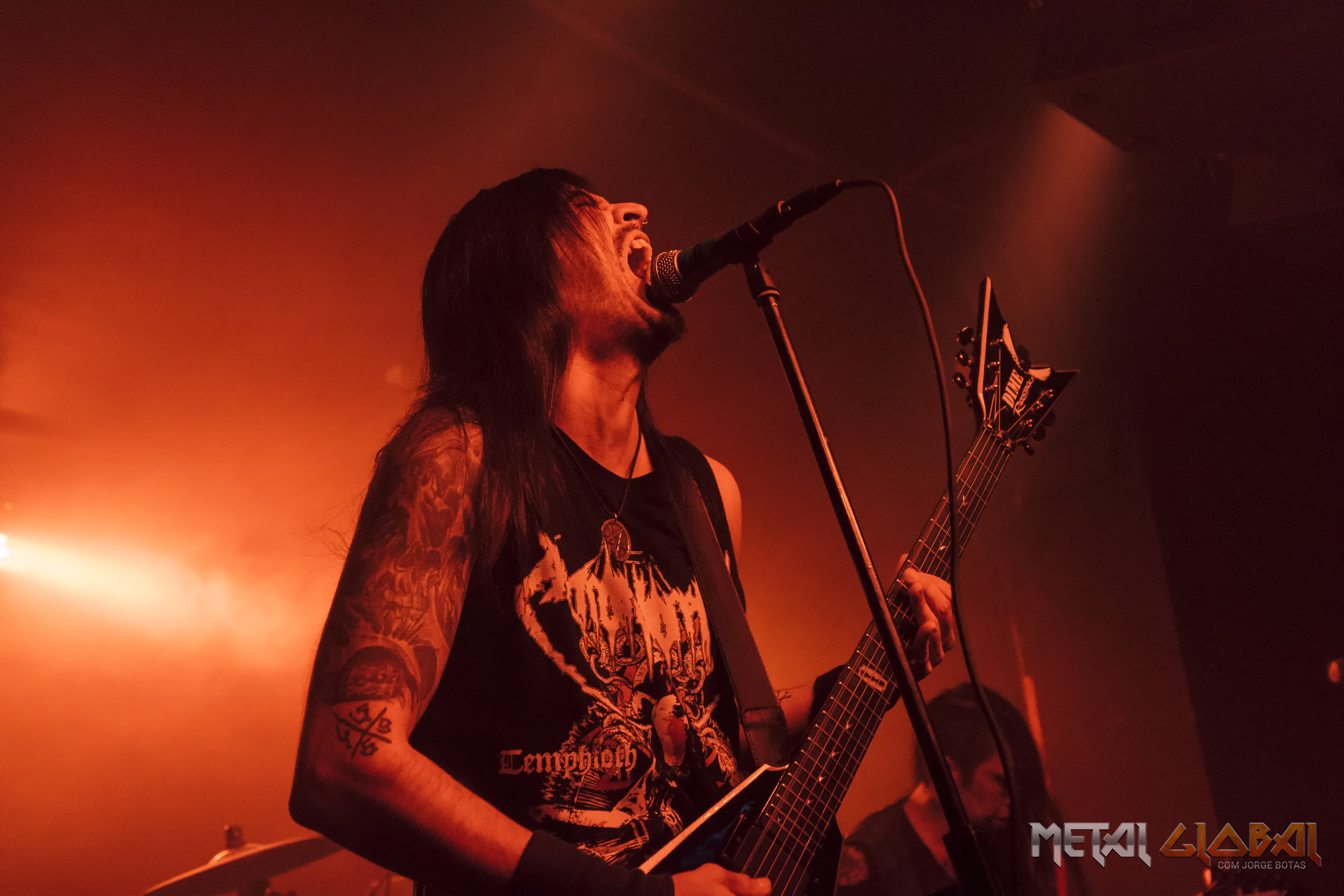 The thumping is relentless, to keep in line with the bass, guitars, and vocals. Born in 1996, the band is a truly surprising opener and should be on a higher pedestal than a mere warm-up act. The riffs are catchy and bassy and don’t drown each other out. Frontman Lauro ‘Nightrealm’s vocals are deep and churning and give you chills when he growls. There are multiple shout-outs to Brazilians in the crowd that is quickly growing in number, as opposed to the 10-15 when the band started. There’s a girl face timing some dude on her phone and showing him the gig in the middle of the pit no less! And the singer seems to know him. Or at least be aware of the guy on the other end of the line. (4/5)

Destroyer 666 were also billed to play tonight but due to touring conflicts, they were unable to continue the tour which is a huge shame, but alas, that’s part of the business.

Following on from that breakneck opener is Enthroned, from Belgium. This is a group fully invested in their stage presence, appearance, and guise of musicianship. The flair for intricate and (honestly) puzzling riffs in order to sound as dark as hell itself is impressive, but they seem to trip over themselves in their delivery.

This wasn’t helped by the mic troubles experienced by the hulking vocalist Nornagest, although whipping himself repeatedly with the mic cable isn’t solving any problems. Adopting a demonic and ghastly crucified stance, he does instill a thought train of supernatural effect and horror, with ethereal neck-jerks to resemble possession or other-worldly interference. 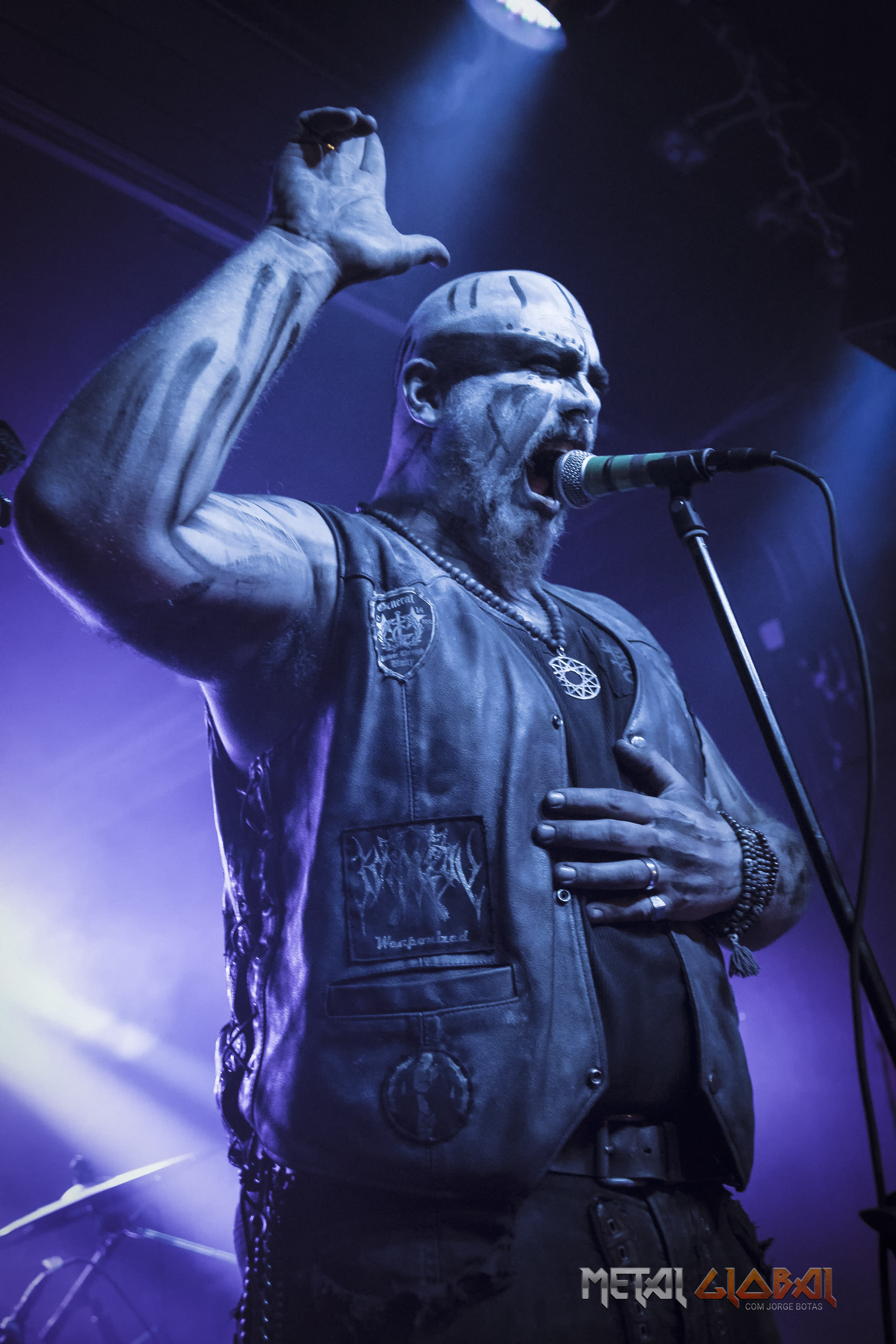 Other than that, the setlist is methodically sound. The star of this, again, is the drum section, commanded by Menthor. The timing is perfect in each and with every song played, the pace is intensified. This is reflected by the action of the audience, as pit after pit opens up. The windmilling is outrageous – it’s like a wind farm at high velocity, except it’s in a small club on Dublin’s Quays. The band delivers a show that ignites the crowd’s appetites for the main band, but I can’t shake the thought that maybe the roles between the first two bands should have been reversed, as Enthroned aren’t really stoking the flames tonight. There is a lot of chanting in Latin that don’t really stir much energy, but a worthwhile performance nonetheless. (3/5)

All of the focus is now on the main attraction. Austrian black metal heavyweights Belphegor prepare the stage in a manner addressing ritual sacrifice and blasphemy. There is a strong smell of funeral incense also, which permeates the air in the venue. The stage props consist of animal bones, human heads on pikes, inverted crucifixes and a backdrop of impaled skeletons. The lights are dark and a single beam shines on the centre stage where bass player Serpenth, guitarist Sascha ‘Impaler’, and drummer Simon Schilling (aka Bloodhammer) emerge from the darkness and get ready to gut the Voodoo lounge. Guitarist and vocalist Helmuth Lehner bursts onto the stage with devil horns firmly pointed in the air and cracks into the opening track ‘Bleeding Salvation’.

Once again, the pit action intensifies and is consistent, as arms flail and death growls echo from the stage. The backdrop is illuminated by a blacklight, adding to the eerie atmosphere of the performance. Belphegor’s Totenritual (Nuclear Blast records), tour is in full swing, serving audio outtakes from numerous horror movies like ‘The Devils’, ‘Exorcist III’, and one or two others I can’t quite place. 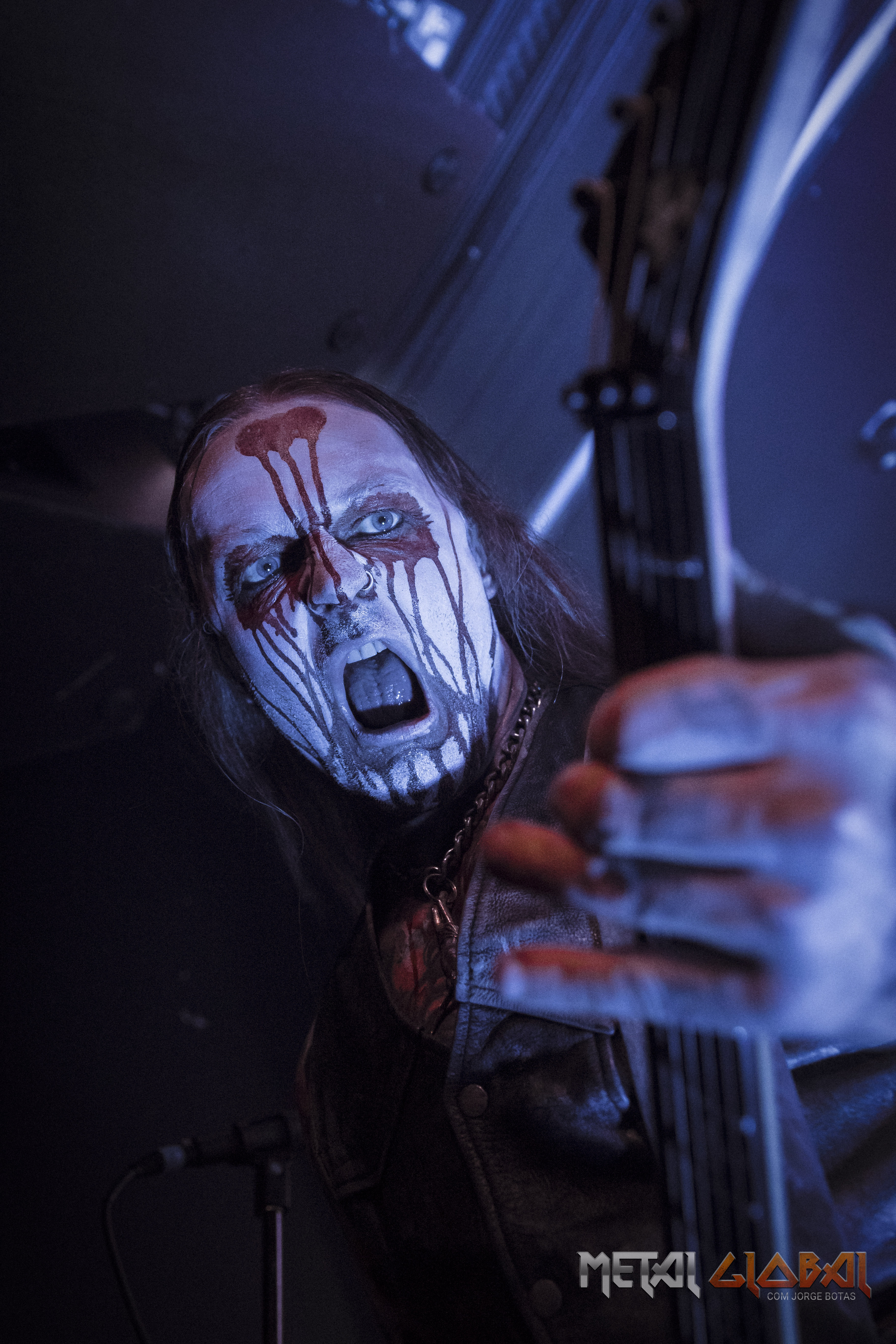 This is from their current album, making big waves with the wider black metal scene in general. The makeup effects are of course perfectly ghastly, with Impaler looking like an extra from a Japanese horror movie ‘Ringu’. Lehner has this ability to roll his eyes back into his head, and for a few seconds, it looks like he has no pupils. It’s grisly to see, but also quite cool. The entire band are extremely tight, and once again, the drummer (Serpenth), is the one keeping it all together with tracks from their Conjuring the Dead album and Bondage Goat Zombie albums, like ‘Stigmata Diabolicum’, ‘Bondage Goat Zombie’, and the title track from the ‘Lucifer Incestus’ album. Lehner indulges those with cameraphones by playing up to the lenses and giving the fans what they want. There are only 2 encores and at the stroke of the last note, the entire venue is plunged into darkness, save for 2 small spotlights outlining inverted crucifixes. (4/5)