Black Flag have just (this morning) announced a selection of UK live dates this coming October. Get full details below; 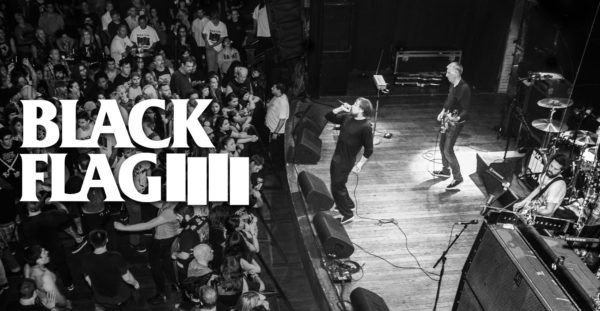 Hermosa Cali, Hardcore Punk pioneers BLACK FLAG have announced their return to the UK this c0ming October with a selection of dates.

Tickets will be on sale from Wednesday, 6th March via this location.

Check out the dates and venues below; 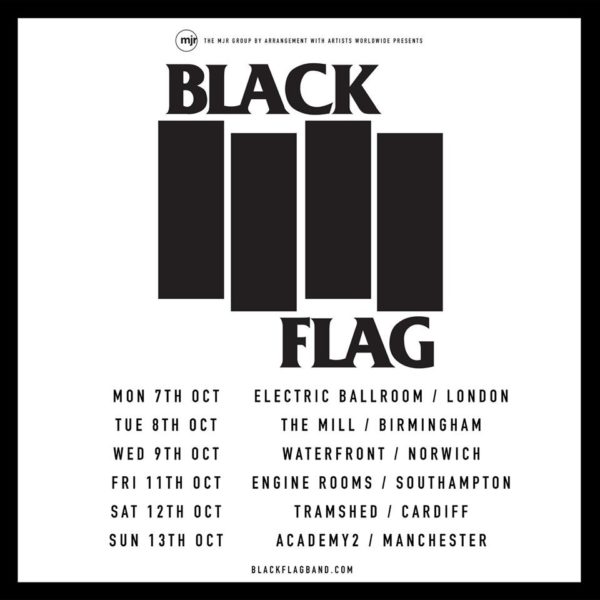 Their discography includes seven studio albums and two live albums. The band has released all of their material on Ginn’s independent label, SST Records beginning with 1981’s Damaged. Vocalist, Mike Vallely, first sang with the band as a guest vocalist in 2003, before becoming the band’s fifth vocalist and touring with the band in 2014.