It started nearly five decades ago with a crack of thunder, a distant bell ringing and then that monstrous riff that shook the earth. The heaviest rock sound ever heard. The legendary BLACK SABBATH will embarking on the final leg of their farewell tour with a select run of exclusive dates in Ireland and the UK before they hang up their crucifixes for the last time. Overdrive is give one lucky fan a chance to win a pair of tickets to this historical show in Ireland’s 3 Arena, located in Dublin on Friday, January 20th! 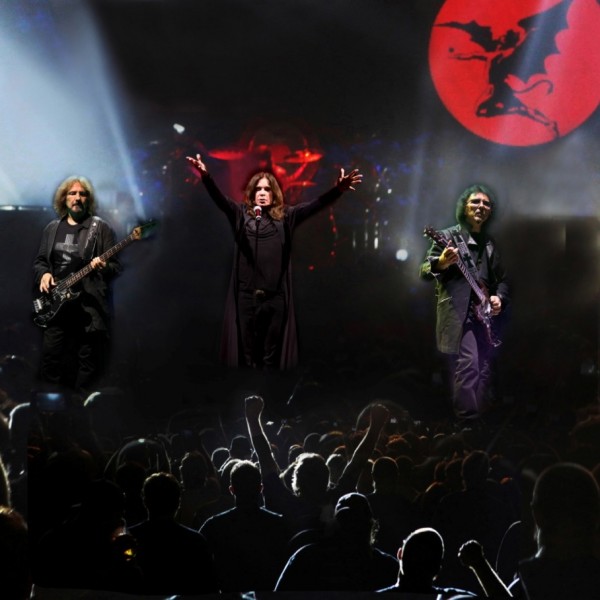 Now it ENDS, the final eight shows EVER by the greatest Metal Band of all time, BLACK SABBATH. Ozzy Osbourne, Tony Iommi and Geezer Butler return home to close the final chapter in the final volume of the incredible BLACK SABBATH story.

BLACK SABBATH’s farewell tour, “THE END”, is currently wowing fans all over Europe, surpassing all previous tours with their most mesmerizing production ever. In advance of their headlining show at the Download Festival last month, BLACK SABBATH announced their final run of dates across the UK and Ireland and OVERDRIVE is giving away a pair of tickets to one lucky fan.

This leg of THE END tour will start on the 20th January 2017 at the 3Arena in Dublin and will then hit arenas in Manchester, Glasgow, Leeds, 2 nights at The O2 in London and will culminate in 2 nights in their home-town at the Genting Arena, Birmingham.

When this tour concludes, it will truly be THE END.

For your chance to win these much sought after tickets, all you have to do is simply follow the three steps below! Winner will chosen at random on Tuesday, August 2nd. Good Luck! 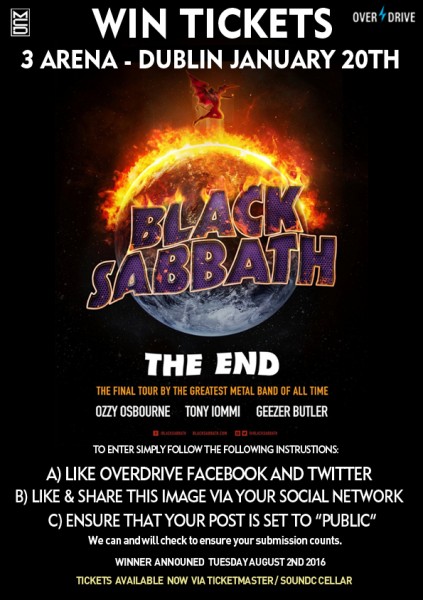