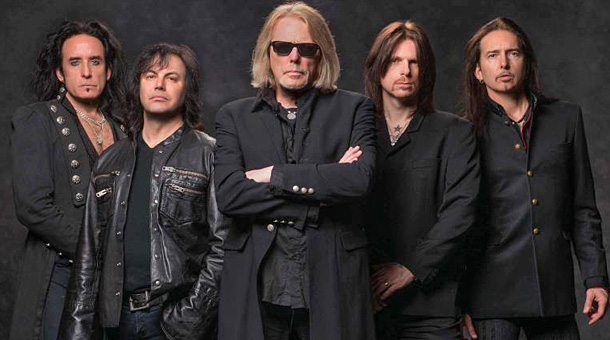 BLACK STAR RIDERS will be embarking on a full scale UK and Ireland tour this November/December with Special Guests The Dead Daisies www.thedeaddaisies.com and support from Western Sand http://www.westernsand.co.uk/ on all dates except Nov 29th. Tickets are on sale now from Ticketmaster.

Marco Mendoza “We came across The Dead Daises when we were touring Australia and what a great band they are. I was lucky enough to play with them on their Aus tour with Aerosmith and again on the Uproar Tour in the US. It’s a pleasure to have them out with us in the UK!”

Ricky Warwick “We are all looking forward to having The Dead Daisies out with us. Its also going to be great to be on the road with Richard Fortus again.”

BLACK STAR RIDERS featuring THIN LIZZY members Ricky Warwick, Damon Johnson, Scott Gorham and Marco Mendoza together with drummer Jimmy DeGrasso (Alice Cooper / Megadeth), will be touring in support of All Hell Breaks Loose which was released in the UK through on Nuclear Blast Entertainment on the 27th May 2013.

Confirmed headline and festival appearances for BLACK STAR RIDERS in 2013 include the below.