Tower Records in Dublin’s Dawson Street was buzzing with anticipation for the arrival of Black Star Riders who were performing a short acoustic set for “Overdrive Presents…” in-store events. 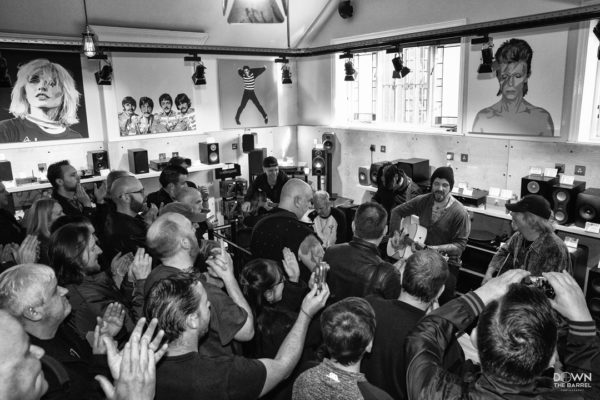 A three-song set featuring some light-hearted banter from the band took place this afternoon before the lucky 60 punters, who had secured their passes thanks to the pre-order scheme set up with Nuclear Blast, Tower Records Dublin and Overdrive.ie.

If that wasn’t enough the band then did a signing session where fans got all manner of memorabilia signed from Black Star Riders stuff to old-school Thin Lizzy albums, guitars, paintings and much more.

Black Star Riders will take to the stage tonight in Dublin’s Academy with special guests Stone Broken with doors opening from 7pm. Limited tickets are left for the show which you can purchase via Ticketmaster, or take your chances on the door of the venue (first come, first served). For more information, please check out MCD Productions.

“Another State of Grace” is out NOW with just a small amount of vinyl & CD copies left in Tower Records, on Dawson Street, Dublin, or you can purchase via the Nuclear Blast store here.

Get the full gallery of the in-store below courtesy of Down The Barrel Photography © 2019. Keep an eye out for our mini-featurette filmed footage of today’s show, early next week.