Black Star Riders are back – with a new album, a new line-up, and what frontman Ricky Warwick calls “a new energy and chemistry”.

The band’s fourth studio album Another State Of Grace will be released on September 6th via Nuclear Blast Records and in a trailer released today, Robert and Ricky sit down to tell us more about the band’s new single ‘Ain’t The End Of The World’.

Having premiered on BBC Radio 2 alongside an official video last week, you can find out more about the track below;

Watch the official video for ‘Ain’t The End Of The World‘ below;

The new album is a stunning collection of songs that will further develop the band’s burgeoning reputation as one of the most essential contemporary rock acts. 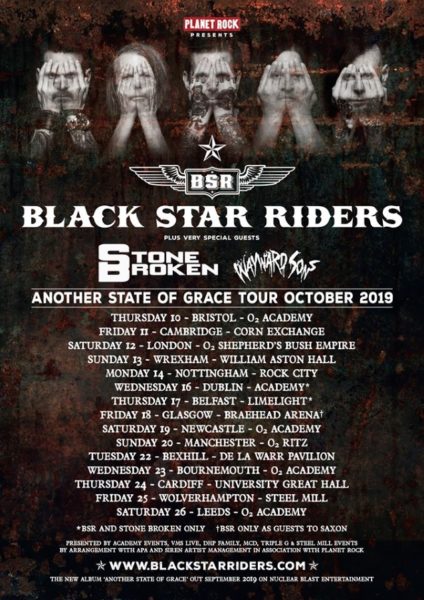