A selection of more awesome bands has just been confirmed for what is shaping up to be a blistering Bloodstock Open Air 2019! Get up to speed below;

The Bloodstock team are showing no signs of slowing down as more bands have just been confirmed this morning (Tuesday, March 22nd). Get the last batch of heavy metal goodness below.

The UK’s Krysthla will be taking to the opening up the Ronnie James Stage on Saturday morning to blow the cobwebs off and set the bar for what will be a crushing day of metal. 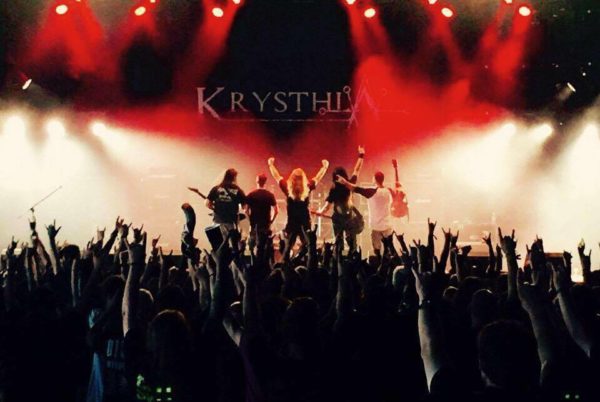 This British five-piece produce something extremely special indeed. Part metal, part extreme, part technical, part progressive… Aurally this is a metal fan’s nirvana. There’s an abundance of aggression on offer, and yet the power of the band is amplified even more with melodic tinges and lighter musical landscapes, which never detract from the powerhouse delivery Krysthla is renowned for.

Check them out below;

Opening up the mainstage on Sunday, are none-other than LA crew All Hail The Yeti!

As the moniker cryptically suggests, the music of ALL HAIL THE YETI evokes a hair-raising mixture of superstitious ritual and trippy backwoods folklore. It’s all drenched in the countercultural, mind-smashing, gut-punching bile of like-minded spiritual shamans like Acid Bath and Eyehategod, with the down-tuned sludge of stoner rock, and an electric injection from four-on-the-floor classic rock pioneers.

Get an earful of the lads below;

The Sophie Lancaster stage welcomes Barbarian Hermit to Bloodstock for a blast of heavy doom on Thursday evening.

Based in Manchester, Barbarian Hermit are a sludge five-piece known for giving it some bastard and bringing the thick, Northern gravy. Debut album ‘Solitude and Savagery‘ out soon on APF Records.

Hard Rock monsters, Blind River will be taking to the Sophie Stage also on Thursday for a mesmerising set that will be the soundtrack to your frosty cold beers. 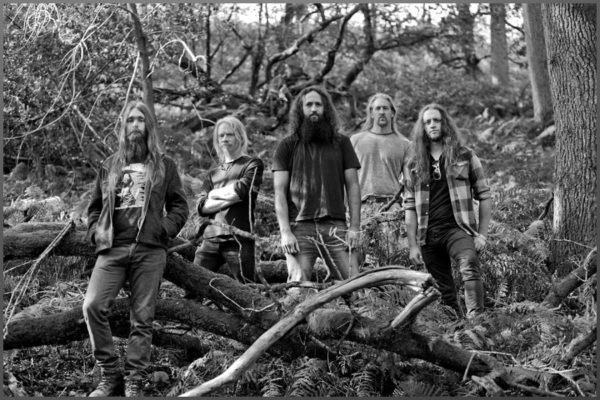 New video for “Can’t Sleep Sober” IS OUT NOW!!

All hail TEN TON SLUG! The Galway-based four-piece have been crushing live audiences since their 2016 crowing of Metal 2 The Masses Ireland. 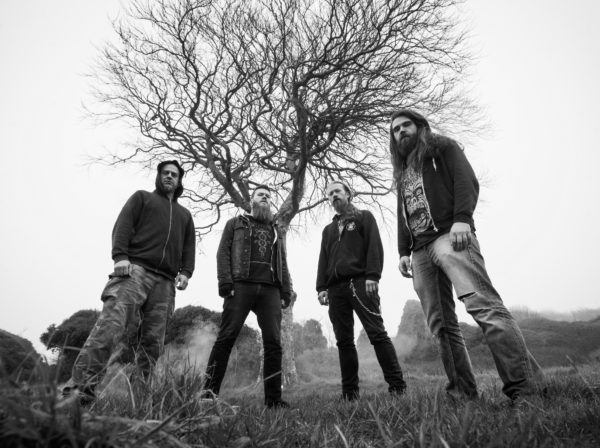 Taking in support slots with Crowbar, Black Label Society, their recent performance at Hammerfest, previous slots at Metal Days and a rich discography that just keeps getting better and better, Ten Ton Slug will be taking to the Sophie Stage on Thursday night and you simply can not miss this performance!

Check out “Matriarch of Slime” below;

Sticking with the Thursday night opening ceremony, Footprints in The Custard will be returning to Bloodstock for what we can only imagine will be all manner of insanity!

Describing themselves as ‘Comedy Party Metal from Manchester‘ FITC are liable to incite a wild selection of brain-hacking riffs dipped in sugar and topped with a healthy dose of mild insanity.

On Friday on the Sophie stage, you will find melodic death metal beasts COUNTLESS SKIES.

Blending progressive and darkly intense music influenced by their Scandinavian melodeth heroes, this is a performance you need to add to your Bloodstock Weekend diary.

Also appearing on the Sophie stage on Friday are sludge metal squad BONGCAULDRON.

Describing themselves as “Intoxicating Party Sludge” BONGCAULDRON hail from Leeds and have the ability to generate mass-windmilling, much drinking and one hell of a good time. Check out the video for ‘Devil’ below;

BLOODSTOCK Director, Vicky Hungerford and husband Alan’s clothing company Heavy Metal Lifting Club are proud to be the official sponsors of BLOODSTOCK’s Strongest Man competition for 2019 which is held in the main arena for its 3rd consecutive year in 2019.

The contest showcases some of the strongest men and women over 3 days at BLOODSTOCK and you too can enter if you think you’re strong enough!

Ant Brown from 100% CA, who runs the competition for BLOODSTOCK, has organised 4 national qualifiers that you can get involved in, tagged ‘Muscle 2 The Masses, The Road to BLOODSTOCK’s Strongest Man’.

Heats will be held in four regions; Wales (tbc – 19th May), South (High Wycombe – 16th June), North (Newcastle – 29th & 30th June) and Midlands (Tamworth – 6th July) and the Top 5 competitors from each qualifier will compete in BLOODSTOCK’s festival arena on either Friday or Sunday.

If you think you’re strong enough, come join the lifting fun.  We need supporters too, so if you prefer less strenuous pastimes, come along to watch the competitors battle it out for a place at BLOODSTOCK!  For info on how to enter, click here.

Whilst the boys lift heavy on Friday and Sunday, the ladies do the same on Saturday!  We’re also welcoming the best female athletes from across the land for Britain’s Strongest Woman 2019.

The line-up will include two of the best in the World and the current World, Europe, Britain and England’s Strongest Women’s Champion, Andrea Thompson (Opens) and Rhianon Lovelace (U63kg), as well as Top 10 World’s finalist and current British U82kg Champion, Rebecca Cumpsty.  It’s shaping up to be one of the best women’s contests ever!

Our first phase of BLOODSTOCK club nights starts on Saturday 6th April!  More will be added for June/July, so don’t despair if your local rock club isn’t listed yet.  Get along to one of the following events, check out some tunes from BLOODSTOCK bands old and new, and be in with the chance of winning weekend tickets or related giveaways.  Expect fun ways to win – previous events have seen the likes of bucking broncos, endurance tests, and air guitaring!  Check your local club for details, as dates may be subject to change. Events for April/May run as follows:

Sat 11th May – Coventry – The Phoenix

The final allocation of VIP tickets, as well as Podpads, Bellepads and Octopads, are now on sale, plus limited remaining VIP upgrades (for those who’ve already purchased a standard ticket). Luxpads are already SOLD OUT!  For full details click here.

Standard weekend tickets are also in the ticket store, priced £145 (+ fees), snap yours up at this location. Day tickets will go on sale in limited quantities on 28th June. Sign up for a reminder email here.

With more bands to come, stay tuned for even more artists to be announced soon!

BLOODSTOCK will take place at Catton Park, Derbyshire on 8th-11th August 2019.  Get additional information over at this link.