The next batch of bands announced for Bloodstock Open Air has been revealed! From Anthrax to Biohazard [original line up], In Flames, Whitechapel and many more…

With the countdown officially on, the line up for 2023 is looking sweet! Check it out… 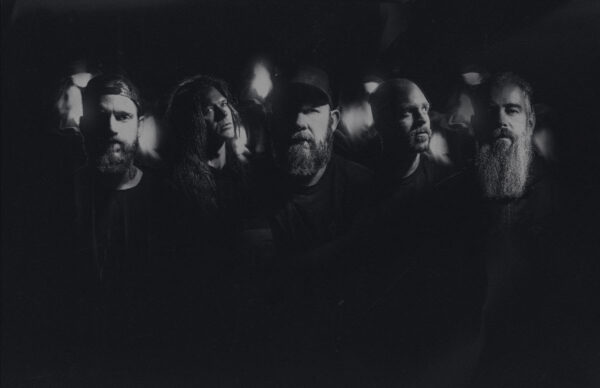 Saturday’s RJD main stage special guests are the mighty ANTHRAX!  2021 marked the band’s 40th Anniversary and to celebrate, they recorded the ‘XL’ livestream which was released digitally this Summer (and will be available on BluRay later this year). Check out their performance of ‘Aftershock’ here.

Also grabbing main stage slots on Sunday are Brazilian metal icons SEPULTURA, who recently played an incredible set at this year’s Rock In Rio together with the Brazilian Symphony Orchestra and Cali alt rock squad UGLY KID JOE, who release their new album, ‘Rad Wings Of Destiny’ later this month.

Check out ‘That Ain’t Livin’, the lead track from that record, for all the AC/DC vibes.

NY hardcore legends BIOHAZARD are set to headline Sunday night on the Sophie stage, with their original line up!  Check out their monster landmark track, ‘Tales From The Hard Side’ taken from their classic ‘State of The World Address’ album.

Also landing a Sunday slot are retro sounds from the brothers and sisters of the CHURCH OF THE COSMIC SKULL.  If you’re not yet aware, get a handle on their 70s psych rock with the video for ‘Sorcery & Sabotage’.

In addition, the grass roots music-supporting METAL 2 THE MASSES 2023 programme is underway!

BLOODSTOCK’s 2023 Ronnie James Dio main stage headliners are KILLSWITCH ENGAGE and MEGADETH, with the third to be announced in the coming months.  Also appearing are DEVILDRIVER, FIT FOR AN AUTOPSY, DECAPITATED and GATECREEPER, plus over on the Sophie Lancaster stage, expect to see ZEAL & ARDOR, KING 810 and UNTO OTHERS.  Many, many more are yet to be announced.

With tickets selling faster than ever, all VIP packages and campervan passes are already sold out and Early Bird tickets are down to their last few, at a discounted price. Grab yours now at the ticket store.

Get full festival information at bloodstock.uk.com. 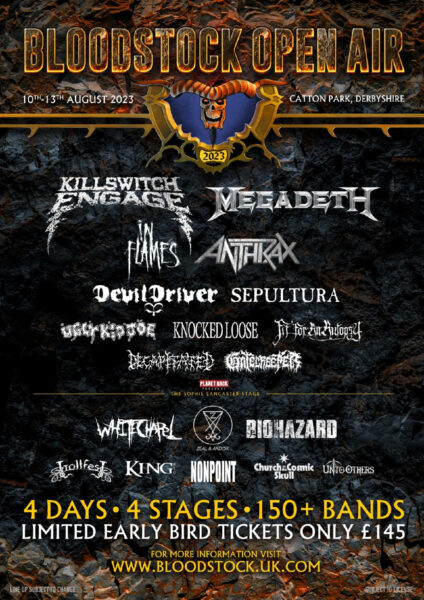