Bloodstock are continuing to announce a blistering line up for 2016 with the addition of FEAR FACTORY, SYMPHONY X and ACID REIGN, who will be joining the rather delicious line up featuring SLAYER, TWISTED SISTER, ANTHRAX, MASTODON, GOJIRA and many, many more! Get all the latest below!

As we cruise in to Christmas, BLOODSTOCK’s rolling out some early treats! Three more bands for your delectation, plus on-sale details for the VIP tickets.

First up for a main stage add are FEAR FACTORY! Hot from their 20th Anniversary tour for their classic album ‘Demanufacture’ this week, the band will be playing their ‘Demanufacture’ set one more time at BLOODSTOCK! If you missed it, don’t miss out this time! Check out the video for the very awesome ‘Replica’ below. Frontman Burton C. Bell comments, “We are pleased that we’ve been invited to play Bloodstock once more, and we are looking forward to dying again this summer.”

In a UK festival exclusive, US prog-metallers SYMPHONY X will also descend on Catton Park to treat BLOODSTOCK’s faithful to some choice cuts from ‘Underworld’, their current ninth studio album out now via Nuclear Blast, plus various favourites from their 20-year-plus career. Frontman Russell Allen says, “Symphony X is honored to play a festival made by the fans for the fans! Come with us to the Underworld my brothers and sisters! Our journey awaits… See you all there!” Get in the mood by watching the lyric video for ‘Kiss Of Fire’ from ‘Underworld’ below.

Get ready for an obnoxiously good time with re-booted British thrash outfit, ACID REIGN who are set to headline the Sophie Lancaster Stage on Saturday! Back in action after a lengthy hiatus, the band kicked back into gear touring with Xentrix this year and dropped new single ‘Plan Of The Damned’ via their official site, http://www.acidreign.co.uk/. Frontman Howard Smith informs us: “We are ALL thrilled to be headlining the Sophie Stage this year. I played it in 2012 as a comedian, did a guest spot with Re-Animator last year and all that has served to make me even more keen to finally tread those hallowed boards ‘for real’. It’s things like this that make being in a band worth while! This is the big one, see you there!” 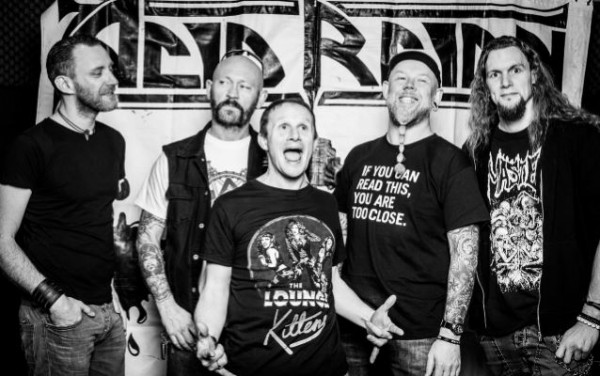 Want a little extra? The VIP tickets, VIP upgrades (for use with an already purchased ‘early bird’ or standard camping ticket) and a choice of VIP deluxe camping packages go on sale on Wednesday 16th December. These always sell out so don’t leave it to the last minute if you want to hang out in the VIP Serpents Lair bar with some of the bands on the bill, have hot showers, parking near your tent and the best camping pitch on site behind the main stage! Full details of all the VIP benefits over at http://www.bloodstock.uk.com/pages/vip-camping.

Already announced for 2016 are our three headliners, TWISTED SISTER (in their last ever UK show), MASTODON and SLAYER, plus special guests BEHEMOTH, GOJIRA and ANTHRAX. Also on the bill are ROTTING CHRIST, VENOM, SATYRICON, PARADISE LOST and DRAGONFORCE. Many more are still to be announced.

Standard weekend tickets with camping are now available, priced £139 (+ booking fee) by clicking on the graphic below.

How to get to BLOODSTOCK? With official coach travel partner, Big Green Coach! Secure your coach trip straight to the festival site with only a £10 deposit. Ditch the hassle of cars, trains, cabs, or piggybacks, and let Big Green Coach take you and your camping gear straight to the festival from 21 departure locations across the UK. To guarantee your return seat and see where you can catch the coach, check: http://www.biggreencoach.co.uk/events/bloodstock-festival-tickets-coach-travel. If you’re coming by train though, you can also book their shuttle bus service, leaving from Lichfield train station to the site every few mins, for arrivals on Thursday and departures on Monday. Full info at the link. 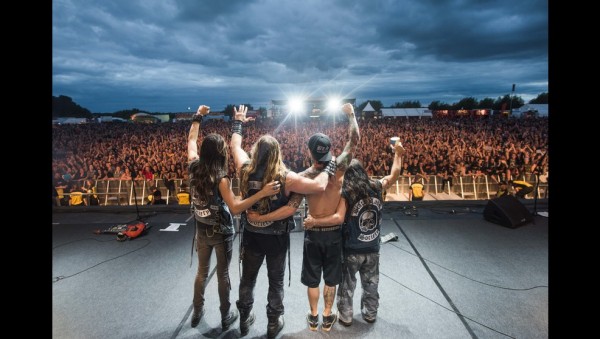 BLOODSTOCK will be held at Catton Park, Derbyshire on 11th-14th August 2015. Keep up to date with the very latest info on BLOODSTOCK’s official sites at www.facebook.com/bloodstock and www.bloodstock.uk.com, or via Twitter on @BLOODSTOCKFEST. 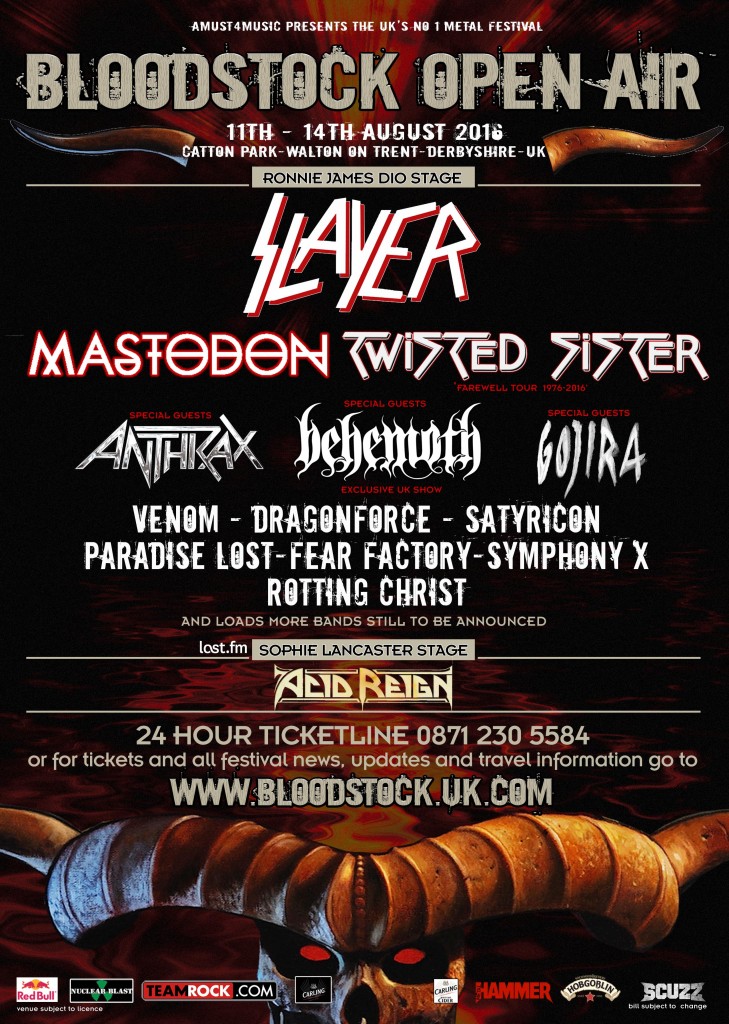