As 2017 settles in, four more brutal bands are locked in for August’s best metal weekender; BLOODSTOCK! Have you got your tickets yet?

Now regarded as one of the most important metal gatherings in the UK, Bloodstock Open Air has been working hard to bring us another unforgettable year of crushing metal with headliners Amon Amarth and Megadeth already bagged and tagged!

To add to the already face-melting roster of bands for 2017, BOA announced a further more four bands that will be taking to the stages in Catton Hall between August 10th and 13th. Find out more below!
Swedish metal marauders, SOILWORK are confirmed for the main stage slot at Catton Park. 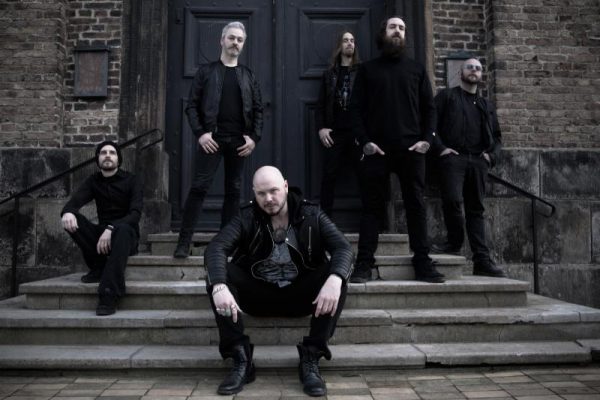 Frontman Björn ‘Speed’ Strid tells us “We are really thrilled to return to UK soil after a killer mini-tour with Arch Enemy last year.  That ended with one of the most spectacular and sweatiest shows to date at The Underworld in London. BLOODSTOCK is always a riot and we cannot wait to hit the stage this summer.  Bring it England!!!”  Check out their ‘Death In General’ video, taken from 2015’s ‘The Ride Majestic’ album below;

Also joining the 2017 line-up are ‘Murder metal’ outfit, MACABRE who are set for a headline slot on the Sophie Lancaster stage. The Chicago-based band blend elements of true crime, math rock, punk, thrash, folk melodies, death metal, jazz fusion, black metal and more.  Guitarist/vocalist, Corporate Death tells us “We haven’t been back to the UK in several years but BLOODSTOCK is exactly where MACABRE should play if you know our music.” Don’t miss this rare opportunity to catch this unique band on UK shores! 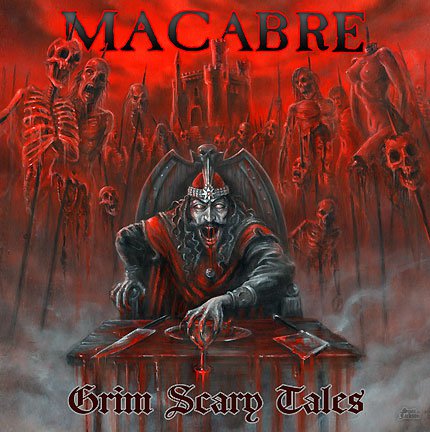 Metallic Finns WINTERSUN are also lined up to headline the Sophie Lancaster stage.  The band are hard at work on new album, ‘The Forest Seasons’ which is set for release this Summer via Nuclear Blast.  The band tell us “It’ll be great to come back to the atmospheric BLOODSTOCK.  We had a blast in 2011, but this year is extra special since we’re going to play new music for you guys!  See ya in August!”  In the meantime, remind yourself of their epic sound with a clip of ‘Time’, taken from 2012’s ‘Time I’ album –

Keen to include bands from less obvious parts of the world too, BLOODSTOCK is delighted to welcome back Egyptian death metallers, SCARAB, to the Sophie stage. 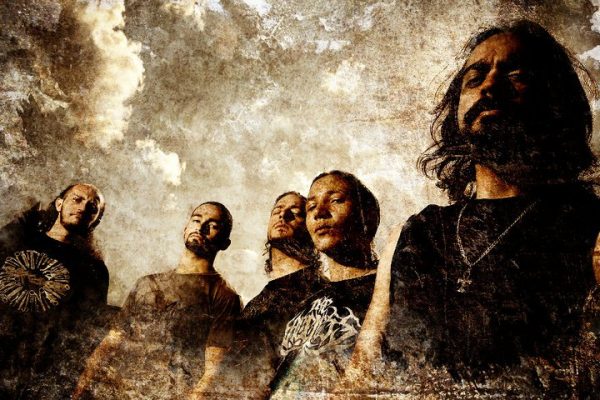 Warm up your neck with the title track for the current album, ‘Serpents Of The Nile below:

You can keep up to speed with all their latest news at here.  The band are currently recording their new album, ‘Martyrs Of The Storm’ so expect some new material at Catton Park this August! 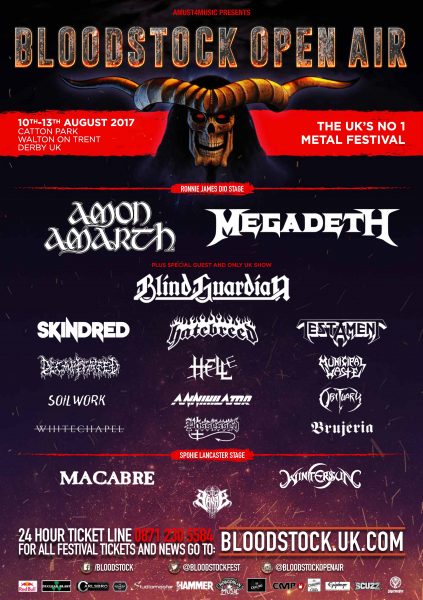 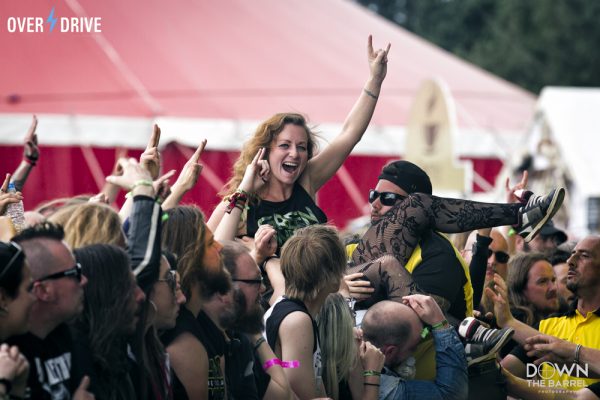 BIG GREEN COACH will bring you, all your camping gear, & beer supplies and drop you hassle free right inside the festival grounds.  Check out the details and secure your seat for only a tenner (the rest is payable in July) here. 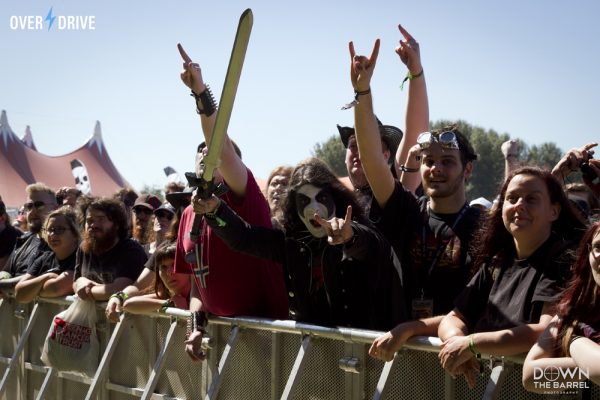 Also available now is the very popular ticket deposit plan.  The payment scheme helps ease the pain of paying for your standard weekend ticket by breaking it up into five smaller, more manageable sums.  Sign up in the ticket store before 28th Feb with an initial payment of £34.80.  Thereafter, four additional instalments of £27.80 will debit your bank account on 1st April, May, June and July respectively. Get full info here.

Much more, including our Saturday headliner are still be announced! Stay tuned to BLOODSTOCK’s social media for the latest! 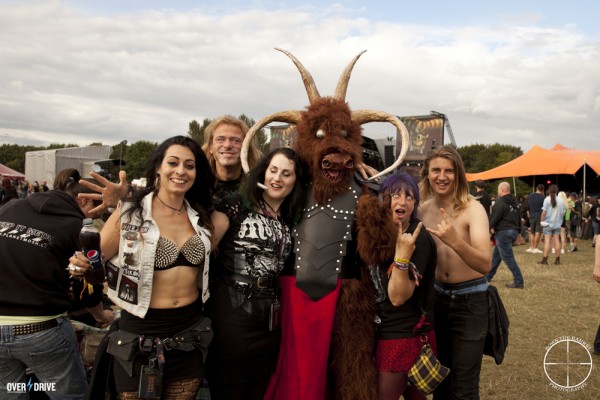 Bloodstock 2014 – Just a normal day in the neighbourhood!

BLOODSTOCK will take place at Catton Park, Derbyshire on 10th-13th August 2017.  Standard weekend camping tix are on sale at £139 (plus booking fee), plus limited VIP packages/upgrades and car parking tickets (at a cheaper price than ‘on the day’ purchase) from here. Children’s weekend tickets are also available, priced £35 (+ booking fee) and under 4’s go free!  Campervan pitches have now SOLD OUT.

Bloodstock Metal 2 The Masses Ireland are currently running shows to determine who will be representing Ireland at this year’s festival. Check out the review from the launch night (January, 28th) here.

Join Overdrive and partners, Jetrocker for Heat 2 which will be taking place on Saturday, 4th February in Fibber Magees, Dublin 1. Click on the graphic link below for access to the official event page. 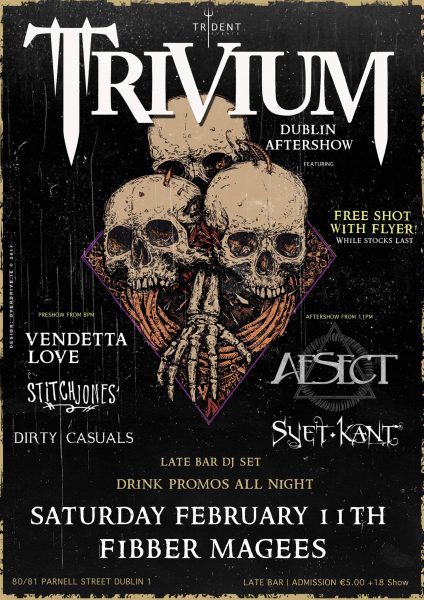