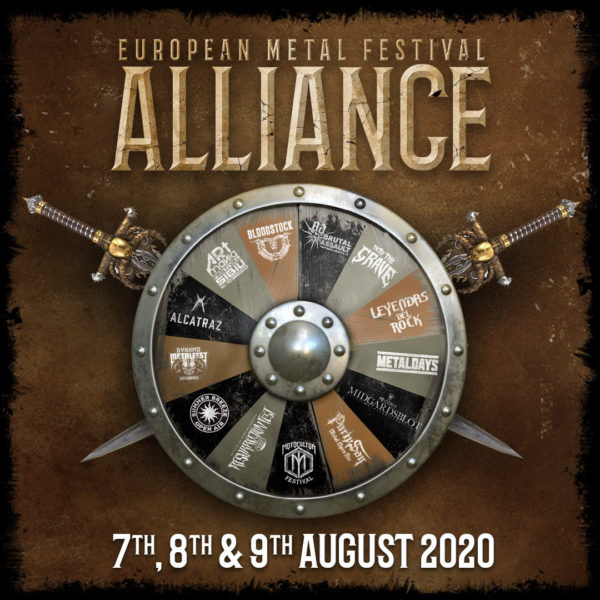 Today, the full & final line up has been revealed for ‘festival weekend’ of 7th, 8th & 9th August and tickets are now on sale (priced at just €6.66) over at this location.

Across the weekend, you’ll be able to watch ‘never broadcast before’ sets of SABATON (their 2019 BLOODSTOCK headline show) and AVATAR (their 2019 headline Alcatraz Festival show), as well as shows from TESSERACT (at BLOODSTOCK 2019), THY ART IS MURDER, NAPALM DEATH, GRAND MAGUS, and BATTLE BEAST (all from Summer Breeze 2019) plus HARAKIRI FOR THE SKY (from Party.San 2015). 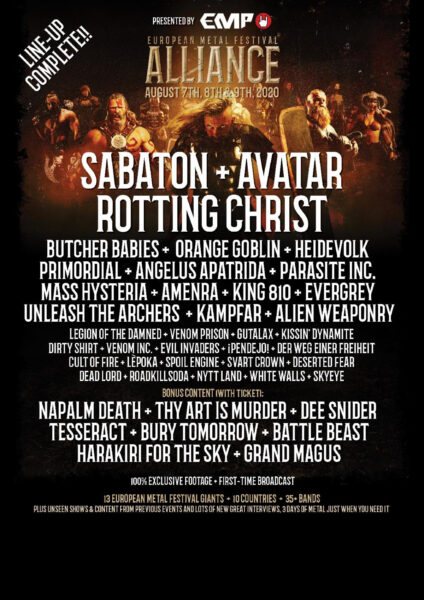 If you’re unable to watch a band at their “stage time”, don’t worry, as you’ll be able to replay all sets for up to 48 hours afterwards.

Besides live performances, there will be a string of brand new video interviews with our festival regulars past and present, recorded especially for the event.  Find out what your favourites have been doing to occupy themselves while they’ve been home and learn if there’s brand new music on the horizon.

How do DEE SNIDER, BIFF BYFORD, JAMEY JASTA, DEVIN TOWNSEND, WINSTON MCCALL, CRISTINA SCABBIA, WEDNESDAY 13, PHIL RIND and various others feel about this summer without festivals and how did they keep themselves busy during the lockdown? All the answers and more will be revealed over the EMFA weekend.

The EMFA event is a fundraiser for the beleaguered independent metal festival sector, who don’t have the backing of big corporate money for their ongoing survival, so €6.66 (just under 6 quid) buys you a ‘full weekend festival pass.’

In return, you can enjoy three days of exclusive entertainment from 35+ metal bands from various locations around the world, plus other special content, from the comfort of your own sofa.  The full-day splits and running times for the event will be announced in the coming weeks. Tickets are available now at www.metalfestivalalliance.com and you can watch a trailer here.

No festival is without its festival merch either, so grab your exclusive ‘Rebooting for 2021′ event t-shirt at the EMFA merch store.  Items are available from today (Monday 13th July) so grab yours while you still can at this location. 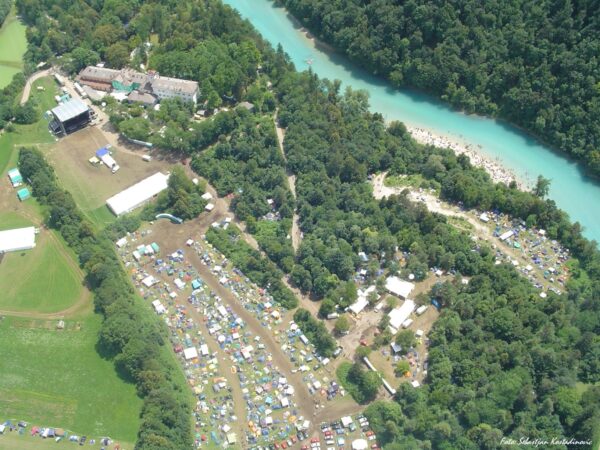 To get warmed up, throughout the summer, the newly launched destination website at www.metalfestivalalliance.com will feature a wide range of previous footage from the festival co-operative, including many sets not previously broadcast.

The European Metal Festival Alliance event takes place over 7th-9th August. Show your support for the European independent metal festivals and be a part of this historic occasion! 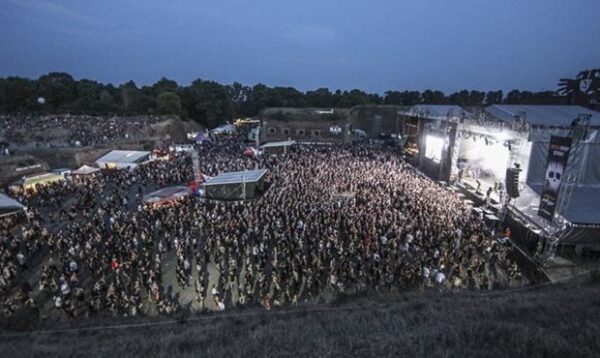